Citizen fires back at school board rebuttal 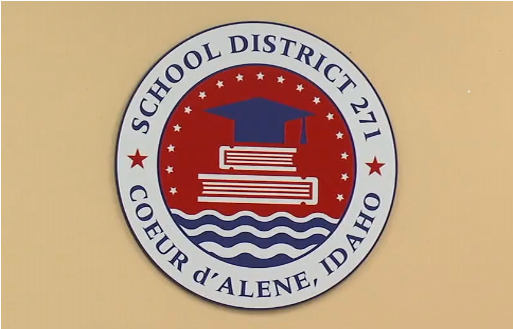 Citizen fires back at school board rebuttal

Over the past few weeks, I too have read many articles regarding the levies which all local school districts will be voting on next week. However, I am finally glad that at least two board members of the Coeur d’Alene District presented their view and shown to all of us that they cannot be transparent at all. Yes, Jennifer Brumley and Rebecca Smith, I am talking about you.

Brent Regan is a former member of the Coeur d’Alene school board and I believe some of his comments are valuable and needed to be raised regarding the levy vote. None and I mean none of the school districts have opened their books up for the voters to see how money is spent. They will claim as these two board members did that you have voted for this levy over and over and you should just pass it without speaking out.

Now voters, for the first federal grant program, Coeur d’Alene received $5,711,291. Yes, nearly $6 million. Wow! They purposely hid this information from all the residents of the district. Here is the official link from the Department of Education for Idaho: sde.idaho.gov/federal-programs/cares-act.files/funding/CARES-Act-Allocations-and-Funding-Sources/pdf

The funding did not stop with the nearly $6M either. Another package signed on Dec. 22, 2020; the district received a huge Christmas gift. The Coronavirus Response and Relief Supplemental Appropriations Act, signed by President Trump, Coeur d’Alene received an additional $6,069,747 in funding. This funding source is in an email and it too came from the Department of Education for Idaho. So, what the board members failed to mention in their rebuttal is they have received nearly $12 million so far. Coeur d’Alene will receive additional funding with a bill which is pending in the United States Senate.

And Jennifer Brumley and Rebecca Smith, you failed to tell the voters some of those funds are extended to Sept. 30, 2022, and beyond to spend. Additionally, you failed to tell every voter and resident that for 2019, the Idaho Department of Education spent per student $8,155 and in that amount, it included such funding that comes from various other funds like forest service, endowment sources.

For those of you who live in Lakeland and Post Falls school districts, your districts received funding in the same breakdown; however, I will give you the combined totals. Maybe we should address the lack of transparency in these districts too. They have not been totally honest with the taxpayers either. They too are taking you for granted and that should stop immediately.

Like Coeur d’Alene, both districts will receive more funding when President Biden’s bill passes. I know the issue about teachers not being able to come to school for various COVID-19 issues are paid from the Family Leave Act or other programs which were put in place to protect those like me who are in a high-risk category.

Both school board members attacked the pay system and took a dig at home prices. Well Jennifer Brumley and Rebecca Smith, many property owners are seeing their taxes going up too. You are not the only taxing district and many senior citizens and low-income families are having a hard time holding on to their property because of taxes. I realize you do not care so long as your object is met. Many members of the Idaho Legislature are looking for ways to provide relief. However, each taxpayer needs to hold individuals like you accountable now and at the ballot box for your own disinformation campaign.

Now, here is a fact, granted it’s two years old, but nonetheless the facts and only the facts. Coeur d’Alene historical average daily attendance in school year 2007-2008 was 10,123.52. Would you like to know the 2019-2020 school year? Try 10,391.37 — a difference of 267.83. The source for this data came from the Department of Education for Idaho. Now, since you brought up education, tell us how many kids had to complete summer school and how many even failed that?

With growth, many students are leaving public schools and are in charter schools or move to private schools because parents possibly wanted the values in schools to be the same as in their homes.

As for teachers, I have pulled all the pay schedules and they all are paid the same. New teachers, just like those who serve as a Second Lieutenant in the military, make about the same. The exceptions are that military members serve at some of the worst places around the world (possibly being shot at), and away from their families for long periods of time. Just remember, some are new, out of training/school and just hitting the real world. They should not expect big money right away. And again, something you did not tell the full story on is that the Idaho Legislature has taken the huge step to promote and increase pay and even paying some teachers with a master’s degree more money on top of their salary. And by the way, why don’t you tell all the residents that say of the $42,000 paid to a teacher, that money is for a nine-month contract.

Jennifer Brumley and Rebecca Smith also mentioned special education. They are misleading the residents and voters again. Schools receive Federal funding for special education. Some of the costs for school nurses are billed to Medicaid for treating a child under Medicaid. What they did not tell you is how much money was saved in transportation cost last spring while buses were parked. And while we talk about buses, Jennifer Brumley and Rebecca Smith, tell the residents and voters how much is paid for tour buses used by say the football team when they travel to Boise for playoffs. Now, remember, you also rent them to some parents or students to attend the games. Hint — more than $5,000 each bus? The district also receives more money for reduced-priced school lunches for example. None of the districts do anything for free. They always want funding for everything. Last note on funding, as all three district boards, how much money is in each school parent/teacher organization fund?

In closing, voters, you lose nothing if you vote down this levy in any or all the districts. What you will do is force all the boards to go back to the drawing table. Trust me, it will not be the board members who will do it, it will be the staff and they will present you with another levy before May 2021 and it will be lower, it will not lay off teachers as they so often say will happen. But the bigger question is do we need any levy currently with districts receiving huge amounts and more coming with a new package. Force all the boards to be better money managers and secondly, force them to be forthright and honest with us regarding funding — all funding, Jennifer Brumley and Rebecca Smith.

There is an old saying something like this: “figures don’t lie,” but a new saying, “liars will figure.”