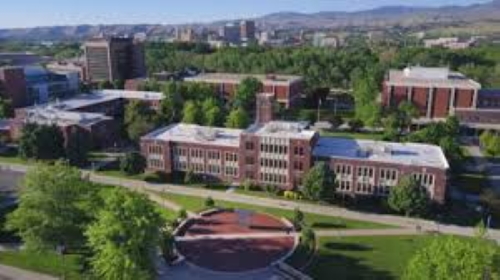 Idaho’s legislative budget writers are being dishonest when they say a proposed higher education budget combats the leftist indoctrination happening on college and university campuses. It does not. Not even close.

It is true that the Legislature’s budget committee voted to restrict the use of state funds for social justice. But that prohibition does not preclude the schools from accessing other pools of public money to keep funding such programs, rendering the restriction wholly meaningless.

Additionally, lawmakers pathetically voted to cut Boise State University’s budget by about $400,000, supposedly to punish the school for its otherwise unflappable fealty to socialist professors and their brainwashed students. But that’s a measly 0.2% of BSU’s $255 million state appropriation and less than a tenth of its total budget of more than $615 million. It’s just a rounding error.

The fact is that the social justice agenda eats up millions, not thousands, of dollars at Boise State, the University of Idaho, Idaho State University, and Lewis-Clark State College. The most notorious offender of them all is BSU, where students are required to take social justice classes to graduate, the campus radio station is awash in news from left-leaning National Public Radio, the student government constitution was rewritten to promote leftist extremism, and a pro-police coffee shop was run off campus with the tacit support of the school’s administration.

Lawmakers also know that Boise State isn’t the only problematic campus, but the other schools emerged in the budget proposal unscathed. As previously noted, the University of Idaho is heavy into the social justice game with its blatant Black Lives Matters advocacy. UI even has a pro-gay and lesbian advocacy office. The school features an “implicit bias team” that encourages faculty and students to snitch on each other so that they can be investigated, expelled, or fired for perceived “microaggressions.”

Even less scrutiny has been given to Idaho State University, where several of ISU’s departments joined the Black Lives advocacy bandwagon, or to Lewis-Clark, which has its own “inclusion and diversity” programming and staff, including a center that instructs professors to include critical race theory into their curriculum.

The proposed higher education budget amounts to nothing more than “political theater.” It frees lawmakers like Sen. Carl Crabtree, the lead architect of the proposal, to play the role of conquering hero when he returns home to Grangeville, where news of what happens in Boise is sparse. Once there, he’ll get to put on a performance for his constituents about how he “struck a blow against the leftists at BSU.” For their parts, the folks in the four-year schools will cry crocodile tears and howl about how much the cuts hurt, knowing that the budget does nothing to change higher education’s leftist trajectory.

The Legislature still has a chance to reject the college and university budget, which the House of Representatives did twice in 2020. Doing so again and passing a budget with real cuts and real social justice spending restrictions would not only start the process of repairing the damage to Idaho’s post-secondary institutions, but it would send a message to other states facing similar problems: Left unattended, the indoctrination of America’s college students is a crisis that will lead to our country’s undoing. This is a challenge that the Idaho Legislature and state legislatures across the country have the power and the duty to address.