DO WE NEED MORE THAN 9 JUSTICES ON THE SUPREME COURT? 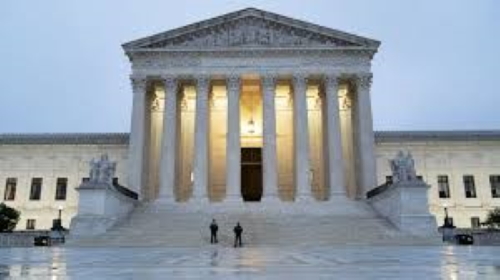 DO WE NEED MORE THAN 9 JUSTICES ON THE SUPREME COURT?

They decided on six at the start of our country in 1789.  Six because Congress divided the country up into 3 regions to serve the 13 Federal circuit courts.  Two judges were assigned to each region and traveled most of the year to hear cases in their geographical Federal circuit courts. Originally Supreme Court justices also served as Federal district court justices. Congress wasn’t concerned about 6 being an even number because they thought that all six would seldom be in the same location and rule on the same case together.  After John Adams was defeated by Thomas Jefferson but before Jefferson took office Adams was able to have Congress confirm John Marshall to a vacancy on the court.  Congress also reduced the number of justices to 5 hoping that Jefferson would never be able to appoint anyone to the court.  But as soon as Jefferson and the new Congress convened in March they passed a law changing the number back to six.

In 1807 the number was increased to 7 with the addition of another Federal district court.  In 1837 the number was increased to 9 in order to have enough judges to travel to and conduct the business of two more additional circuit courts.   Lincoln persuaded Congress to add a 10th justice in 1863 so that the Republicans would have a comfortable majority on the court to aid them in prosecuting the war and preserving the Union.  In 1866 in order to limit President Johnson’s ability to appoint future justices Congress reduced the number to 7 to be achieved through death or retirement.  In 1869 Congress changed the number back to nine under President Grant.  The Supreme Court in 1870 ruled correctly 4-3 that paper currency was unconstitutional. On the very day of this ruling President Grant nominated and Congress quickly confirmed two new justices. Both of these justices voted with the majority a year later and by a vote of 5-4 reversed the previous decision thus saving the Republicans from having to undo the nation’s entire system of unconstitutional legal tender. The number has stayed at 9 ever since.

The Supreme Court met in various rooms in the Capital in Washington DC from 1801 till 1935 when the building they now occupy was completed.  There are no official qualifications to be a Supreme Court justice. They don’t even have to be Americans.  They are appointed for life.  They are subject to removal through impeachment but none have been so removed. President Roosevelt was unhappy with the Supreme Court declaring major portions of his socialistic New Deal programs as being unconstitutional. So in 1937 FDR proposed a bill that said the 6 Supreme Court Justices that were over 70 years old would have to retire. If they did not he would be able to appoint an additional justice for each one that didn’t retire.  So potentially he could appoint 6 more Justices. Fortunately FDR’s attempt to “pack the court” was rejected by Congress.

Do we need more justices?  I don’t think so. The Supreme Court handed down their first opinion in 1791. In the 1790’s they ruled on about 20 to 30 cases per year.  In 1870 they ruled on about 160 cases. In 1921 about 210 cases.  The justices no longer have to travel on a circuit to hear cases.  They usually only work a 9 month session and rule on only about 85 of the thousands of cases presented to them.  According to the government’s own numbers the Federal Justice Department has about 31,000 employees.  The justices have lots of staff people to help them with their legal work which the early justices didn’t have. The justices make $265,000 a year for life which is another reason why we don’t need more and maybe we could get by with 5 or 7.

Many have suggested that the Supreme Court’s appellate jurisdiction be limited by Congress to help limit the power, scope and number of cases they decide.  The chart below shows that since 1970 the majority on the court has been appointed by Republican Presidents.  In 1973 Roe vs Wade was decided 7-2 even though the court had a 6-3 Majority of Republican appointed justices.  In 1992 in Planned Parenthood vs Casey the court with a 8-1 majority of Republican appointed justices had a great opportunity to overturn Roe vs Wade.  They not only didn’t overturn Roe vs Wade but they outlawed restrictions that put an “undue burden” on women seeking an abortion.  All the many bad court decisions we have seen over the last 50 years have all been decided by Republican appointed majorities.  Obama Care 2012, same sex marriage 2015, subsidizing illegal aliens 1982, seizure of private property 2005, infringing on the 2nd amendment 2010, to list just a few of the bad decisions.  President Trump was able to appoint 3 justices but so far they have all proved to be more loyal to the swamp than to the President or the Constitution.  The court refused to hear the Texas election fraud suit as well as the President’s own election suit.    With a 6-3 Republican majority now, including the Chief Justice John Roberts, the court could overturn Roe vs Wade and rule against Biden’s unconstitutional agenda.  Will they?  History says NO.  If the court actually did so Biden might attempt to do what FDR tried to do “pack the court.”   Can you imagine with no official qualifications who Biden might appoint to the Supreme Court?  Any age, any gender, any nationality, FOR LIFE, what a frightening thought.

History has shown that we can no longer sit on the sidelines and depend on Republican Presidents to make the right appointments or the Supreme Court to make the right decisions.  We all need to become more involved in local and state politics.   We all need to become better informed about our State and U.S. Constitutions.  We need to support and stand with Sheriffs, Police Chiefs, and local and state elected officials who are willing to take a stand and say they will not enforce unconstitutional mandates, edicts, and laws.  Electing good people to office has never been more important and nullification of unconstitutional laws by local and state magistrates may become even more important in protecting our God given inalienable rights. 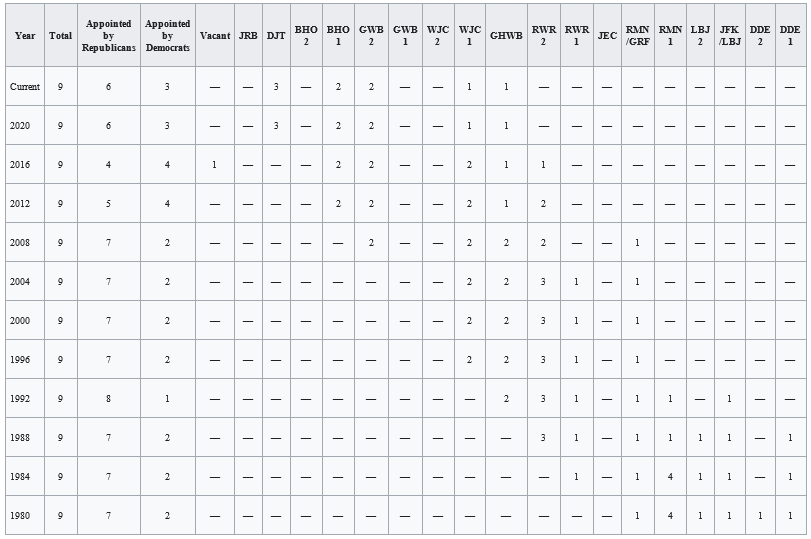 The Tyrannical Rule of the U.S. Supreme Court by Donald C. Brockett

Judicial Supremacy The Supreme Court on Trial by Robert Dornan

The Doctrine of the Lower Magistrates by Matthew J. Trewhella