Resources to Protect the Right to Keep and Bear Arms 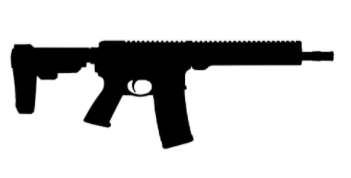 Resources to Protect the Right to Keep and Bear Arms

“As the people are the only legitimate fountain of power, and it is from them that the constitutional charter, under which the several branches of government hold their power, is derived; it seems strictly consonant to the republican theory, to recur to the same original authority, not only whenever it may be necessary to enlarge, diminish, or new-model the powers of government; but also whenever any one of the departments may commit encroachments on the chartered authorities of the others.”

In Federalist #46 he further states:

“should an unwarrantable measure of the federal government be unpopular in particular States, which would seldom fail to be the case, or even a warrantable measure be so, which may sometimes be the case, the means of opposition to it are powerful and at hand. The disquietude of the people; their repugnance and, perhaps, refusal to co-operate with the officers of the Union; the frowns of the executive magistracy of the State; the embarrassments created by legislative devices, which would often be added on such occasions, would oppose, in any State, difficulties not to be despised; would form, in a large State, very serious impediments; and where the sentiments of several adjoining States happened to be in unison, would present obstructions which the federal government would hardly be willing to encounter.”

The Supreme Court of the United States in Printz v. United States has also affirmed these clear constitutional principles in its articulation of the anti-commandeering doctrine stating, “The Federal Government may neither issue directives requiring the States to address particular problems, nor command the States’ officers, or those of their political subdivisions, to administer or enforce a federal regulatory program.”

Or as Chief Justice John Roberts writes in NFIB v. Sebelius (2012), “…we look to the States to defend their prerogatives by adopting “the simple expedient of not yielding” to federal blandishments when they do not want to embrace the federal policies as their own. Massachusetts v. Mellon, 262 U. S. 447, 482 (1923) . The States are separate and independent sovereigns. Sometimes they have to act like it.”

Based upon these principles, there are presently numerous bills moving through the state legislatures to protect Americans’ natural right to keep and bear arms.  These bills need your support.  If you live in these states and you believe you can support the bill, contact your representatives, and tell the bill in your state.  Go to the link below to find your representatives.  Also look for the committee members that are hearing the bill and contact them.

Some things to consider:

Most of these bills mirror one another to a great extent and follow the Second Amendment Preservation Act (SAPA) model which draws largely upon the model legislation created by the Tenth Amendment Center.  Many counties are passing SAPA resolutions as well.  Here is a model from the Missouri counties:

WHEREAS, The 2nd Amendment to the Constitution for the United States reads as follows, A well regulated militia, being necessary to the security of a free state, the right of the people to keep and bear arms, shall not be infringed; and

WHEREAS, Article I, Section 23 of the Constitution of Missouri reads as follows, That the right of every citizen to keep and bear arms, ammunition, and accessories typical to the normal function of such arms, in defense of his home, person, family and property, or when lawfully summoned in aid of the civil power, shall not be questioned. The rights guaranteed by this section shall be unalienable. Any restriction on these rights shall be subject to strict scrutiny and the state of Missouri shall be obligated to uphold these rights and shall under no circumstances decline to protect against their infringement. Nothing in this section shall be construed to prevent the general assembly from enacting general laws which limit the rights of convicted violent felons or those adjudicated by a court to be a danger to self or others as result of a mental disorder or mental infirmity; and

WHEREAS, The right to be free from the commandeering hand of the federal government has been most notably recognized by the Supreme Court of the United States in Printz v. United States when the Court held: The Federal Government may neither issue directives requiring the States to address particular problems, nor command the States’ officers, or those of their political subdivisions, to administer or enforce a federal regulatory program; and

WHEREAS, In Section 21.750 RSMo, “The general assembly hereby occupies and preempts the entire field of legislation touching in any way firearms, components, ammunition and supplies to the complete exclusion of any order, ordinance or regulation by any political subdivision of this state.” And, thereby leaves the statutory defense of the right to keep and bear arms largely in the hands of the general assembly.

BE IT FURTHER RESOLVED that the County of ______ considers all federal acts, laws, orders, rules or regulations restricting firearms, firearms accessories, and ammunition to be violations of the 2nd Amendment to the Constitution for the United States; and

BE IT FURTHER RESOLVED that pursuant to and in furtherance of the principles of federalism enshrined in the Constitution for the United States, the federal government may not commandeer officers, agents, or employees of the County of _______, or any political subdivision of the state of Missouri, to participate in the enforcement or implementation of any federal act or regulatory program; and

BE IT FURTHER RESOLVED that is the intent of this Resolution to support legislation in the Missouri General Assembly that would protect the employees of this county, including law enforcement officers, from orders or other pressure to participate in actions that would violate their oath of office and the individual rights affirmed under the 2nd Amendment to the Constitution for the United States and Article I, Section 23 of the Constitution of Missouri; and

BE IT FURTHER RESOLVED that the Commissioners and Sheriff of the County of ______ express full support for the passage of House Bill 85, as passed by the House of Representatives on February 4, 2021, or Senate Bill 39, as passed by the Senate General Laws Committee on January 26, 2021, including accountability provisions; and

BE IT FURTHER RESOLVED that the County of ______ urges all other political subdivisions of the State of Missouri, on behalf of their residents, to pass a similar resolution in support of passing House Bill 85 and Senate Bill 39 into law during the 2021 legislative session; and

BE IT FURTHER RESOLVED that the County of ______ intends to vigorously uphold the right of the people to keep and bear arms.

There are several resources that help you quickly identify the gun laws in your state so that you can see how constitutional your state is and what needs to be changed:

Gun Owners of America and the Tenth Amendment Center have SAPA models on their websites.

The NRA-ILA website has a list of gun laws by state which give you a good overview of the status of gun rights in your state even though the NRA has fought for several pieces of legislation that infringe on the right to keep and bear arms.

The ATF website has an excellent resource – State Laws and Published Ordinances – where you can see how they are infringing on your rights in each state.

There are also several constitutional carry measures being forwarded, such as the one in Georgia: Georgia Constitutional Carry Act of 2021