Texas Rep. Ronny Jackson on Resisting Federal Overreach: ‘If No One Pushes Back, We’ll Lose Our Voice Altogether’ 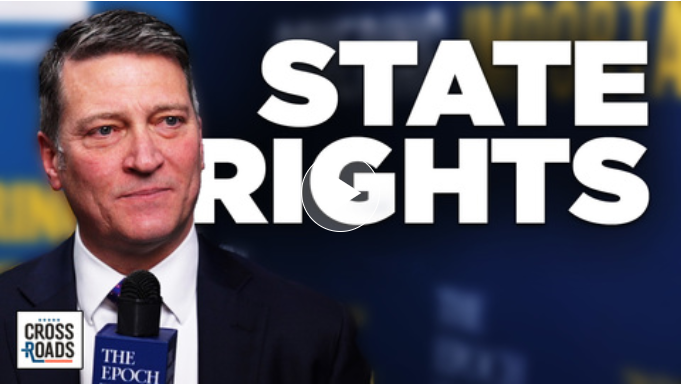 Texas Rep. Ronny Jackson on Resisting Federal Overreach: ‘If No One Pushes Back, We’ll Lose Our Voice Altogether’

A Texas House lawmaker says he believes the federal government needs to leave states to their business as much as possible amid the Lone Star state’s recent efforts to resist a number of federal actions that it considers unconstitutional.

“I think that the federal government needs to stay out of our business to the absolute extent possible. I don’t think they get paid to do a lot of the things they do, I think they get paid to provide a defense for our country, and I’m glad they do that,” Rep. Ronny Jackson (R-Texas), former White House physician and retired Navy rear admiral, told The Epoch Times’ “CrossRoads” at the Conservative Political Action Conference (CPAC).

The 10th Amendment of the U.S. Constitution reads, “The powers not delegated to the United States by the Constitution, nor prohibited by it to the states, are reserved to the states respectively, or to the people.”

The congressman who represents Texas’s 13th District told The Epoch Times he thinks the Biden administration appears to be trying to “take control of every issue they possibly can and make it a federal issue,” and “Texas has been pushing back on a lot of issues.”

He noted that in the aftermath of snowstorms in the state around Feb. 15-16 that left more than 4 million Texans temporarily out of electricity, “The first thing the Biden administration did was start a big push to say, ‘Well, that Texas grid—that’s not a part of any other grid in the country that’s independent and solely within the borders of Texas—needs to be taken over by the federal government and connected to the grids elsewhere in the country.’”

Jennifer Granholm, the Biden administration’s newly sworn-in energy secretary, floated the idea of Texas joining the national energy grid, telling NPR on Feb. 26, “I think the country would welcome Texas being at least connected to the national grid in some way, shape, or form that allows for its neighbors to help.”

Jackson said that such a move is unnecessary. 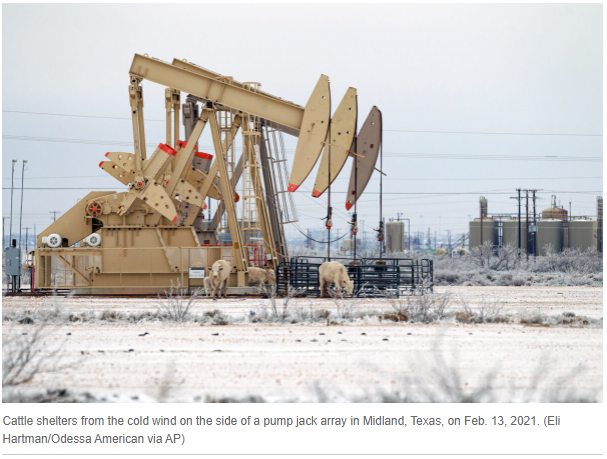 Cattle shelters from the cold wind on the side of a pump jack array in Midland, Texas, on Feb. 13, 2021. (Eli Hartman/Odessa American via AP)

“We’re proud that we have an independent power grid in Texas, we need to maintain that,” he said. “That’s up to our state Legislature to figure out what happened with that grid, and to put in any regulations that need to be in place to make sure it doesn’t happen again.”

“We do not want federal regulations as a result of that,” he continued. “But I mean, if you have a government that has a weak attorney general, or a weak central government in your state, the federal government will walk all over you and they will take control of your freedoms in your state. And that’s what we’re seeing in around the country, but not in Texas.”

He acknowledged that while Texas had much room for improvement, it can recover from the situation without federal government help. “From a state standpoint, they need to be there to make sure that the infrastructure is taken care of, because a big part of what happened was, the money wasn’t spent on winterizing a lot of the grid, and some stuff froze. It shouldn’t have frozen, we’ll fix that. But we do not need the federal government’s help doing that.

“I learned a long time ago, if you open the door and let the federal government come in and take control of anything, they will make it into a massive bureaucracy that wastes all of your tax dollars. And they will break it in the process. And we don’t want that to happen.”

Jackson noted how Texas recently won a lawsuit against the Biden administration over an executive order to halt the deportation of certain immigrants for 100 days, when a federal judge temporarily blocked the deportation freeze on Jan. 26, and later again blocked the order for two more weeks.

He commented on the matter, “[The Biden administration] they really want to federalize everything—the Democrats in general, to be honest with you—and I’m just not in favor of that at all.”

On Jan. 16, just days ahead of President Joe Biden’s inauguration, Texas Gov. Greg Abbott announced that Texas was prepared to launch lawsuits against the new administration “whenever the federal government encroaches on state’s rights, or interferes with constitutional rights, or private property rights, or the right to earn a living.”

Jackson said of his home state’s overall efforts to stand up for its constitutional rights: “Thank goodness we have an attorney general and a Texas government that’s willing to do that, because somebody has to do that. If no one pushes back, then we’ll lose our voice altogether, and it just won’t matter.”

He added that other states should also join the fight for constitutional rights. Amid policies being pushed by Democrats that he believes are encroaching on Americans’ basic freedoms, including freedom of speech, the congressman expressed his hope that Republicans can regain the House in 2022 to “stop this nonsense injury and to regain our constitutional freedoms.” 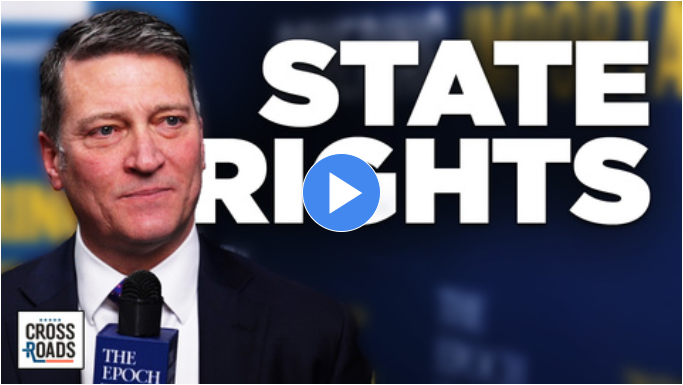