Georgia Cracks Down on Mail Voting & Other Issues in Election-reform Bill. Leftists Are Livid. 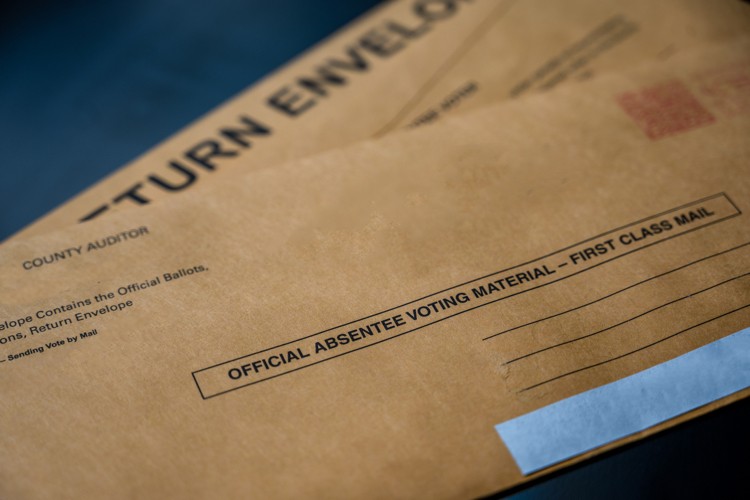 Georgia Cracks Down on Mail Voting & Other Issues in Election-reform Bill. Leftists Are Livid.

Is the Peach State on track to restoring election integrity?

The Georgia House of Representatives on Monday passed HB 531, a sweeping election-reform bill intended to eliminate many of the issues voters feel contributed to electoral fraud after Democrats ostensibly won both the presidential race and the state’s two U.S. Senate seats in the traditionally red stronghold.

From time limits to voter ID to restricting mail voting, the Georgia bill addresses voter integrity on many fronts. The legislation’s main sponsor, State Representative Barry Fleming, a Republican, said the bill would restore voters’ confidence in the electoral process.

Under HB 531, voters would have to submit their driver’s license number, their state identification card, or the last four digits of their Social Security number on the ballot envelope to request an absentee ballot. If the voter doesn’t have a government-issued ID, he can use a current utility bill, bank statement, government check, paycheck, or government document that includes his name and address.

The government would no longer be able to send unsolicited absentee ballot applications under the legislation. Elections officials would also not be allowed to send absentee ballots until four weeks before the election.

Only authorized relatives or those signing as helping an illiterate or physically disabled voter may apply on behalf of another for an absentee-ballot application.

Drop boxes must be located at the office of the board of registrars or absentee-ballot clerk or at an early-voting site. These are only open when those sites are open and would be under constant surveillance “by an election official or his or her designee, law enforcement official, or licensed security guard.”

This point in particular provoked backlash from Democrats, who say it will disproportionately impact the black community, as many black churches host “Souls to the Polls” programs in which congregations collectively drive to vote right after Sunday services.

Another feature of the bill is that provisional ballots cast in the wrong precinct would no longer be counted. Also, ballots would be printed on “security paper that incorporates features which can be used to authenticate the ballot as an official ballot but which do not make the ballot identifiable to a particular elector.”

Another notable change would be that election superintendents and boards of registrars would no longer be allowed to accept any “funding, grants, or gifts from any source other than from the governing authority of the county or municipality, the State of Georgia, or the federal government.”

This would crack down on left-wing initiatives, such as Facebook CEO Mark Zuckerberg’s $500 million “dark money” network of organizations that poured funds into liberal strongholds to increase turnout in the 2020 election. This included $6.3 million for Fulton County, Georgia, from the Zuckerberg-funded Center for Technology and Civic Life’s “Safe Elections” project.

Georgia’s GOP-led State Senate separately introduced its own comprehensive election-reform bill. SB 241 has some overlap with the House bill, with some notable exceptions. The Senate version, for example, would altogether eliminate no-excuse absentee voting.

The Senate bill would also ban the secretary of state from entering into a consent agreement related to elections without the approval of the General Assembly.

In addition, the Senate Ethics Committee on Friday approved a standalone bill to end automatic voter registration when a person gets his driver’s license.

The Republican-driven election reform bills elicited protests from the Left, which claims the legislation is tantamount to voter suppression.

Other states are similarly taking action on election integrity before 2022. In Florida, Republican Governor Ron DeSantis unveiled a legislative proposal featuring many measures similar to the Georgia bill, while going ever further. For example, the Florida legislation would make mandatory real-time reporting of voter turnout data at the precinct level and establish that political parties and candidates must be able to observe the signature matching process.

One detail missing from these bills: Prohibiting the use of Dominion and Smartmatic machines.