IS CRITICAL RACE THEORY COMING TO AN IDAHO ELEMENTARY SCHOOL NEAR YOU? 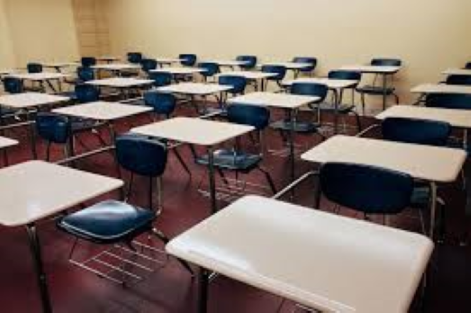 IS CRITICAL RACE THEORY COMING TO AN IDAHO ELEMENTARY SCHOOL NEAR YOU?

Nearly $6 million federal taxpayer dollars could be used to traffic the pernicious and false ideas of critical race theory and the ideology of social justice into public elementary schools.

House Bill 226 sends federal funds to a non-profit education organization called the Idaho Association for the Education of Young Children (IAEYC). The IAEYC is governed by its parent organization the National Association for the Education of Young Children (NAEYC). IAEYC’s personal website at first appears relatively germane, upon further examination one will find links to many trainings, curricula, and parent education resources from the NAEYC website.

The NAEYC is known for promoting “Anti-Bias Education” in teacher training and curriculum. Anti-bias education peddles the narrative that America is systemically and irredeemably racist and sexist. As a remedy, anti-bias education argues that teachers must discriminate in their treatment of white and black students, teach gender as a social construct, and abuse educational institutions for the purpose of political indoctrination.

Activism, rather than education, is central to the mission of anti-bias education. As one preschool teacher who went through Anti-Bias training explained, “I probably wouldn’t be such an activist today without [anti-bias training].” Instead of spending time teaching children how to read, write, or solve math problems, teachers incorporate activism training exercises into their curriculum. Anti-bias trainers encourage teachers to get students used to being community “organizers” and engaging in activism at a young age. Examples of this could be as simple as teaching students to report teachers who park in handicap spaces without being handicap.

Anti-bias education promotes racially charged activism. The NAEYC’s primary teacher reeducation book “Anti-Bias Education for Young Children and Ourselves” provides an example of a teacher instructing students to be offended by the number of white children in the pictures on a school calendar. The teacher then guides the class of five-year old’s in sending a letter of outrage to the company who created the calendar and garnering signatures from college students demanding the company change the picture on its calendar to be more “inclusive.” The number of white children in the calendar picture is problematic to the NAEYC because the group believes “the sources of racism come from White history and culture.”

In a list of book recommendations the NAEYC and IDAEYC suggest teachers read the book “A is for Activist” by Innosanto Nagara to children. A is for Activist is an ABC book “written for the next generation of progressives: families who want their kids to grow up in a space that is unapologetic about activism, environmental justice, civil rights, LGBTQ rights, and everything else that activists believe in and fight for.” The central idea of these activities is that young children are increasingly acclimated to becoming activists and will be comfortable organizing for progressive leftist causes as they get older.

Anti-bias education manifests in curriculum by teaching children to be hyper aware of their own race and other students’ races. The curriculum is designed to target white students to teach them to feel guilty for their inherent complicity in “systemic racism.” As radical leftist activist Carol Brunson Day explains, “White children definitely need anti-bias education. So, too, do children of color, although the specific work differs from that of white children.” Brunson Day continues, white children need “education to prevent internalized oppression by fostering strong personal and social identities” while black children need education “to counter prejudices about other groups of color.” Discriminating against white children by providing them with a different type of education is “essential [to] anti-bias work.”

It’s not enough for white children to be aware of their complicity in racism. White educators must also admit their complicity and confess this complicity to their young students. In fact, it is not enough just for white children or educators to admit their supposed sin of being born white racists; rather, anti-bias education must become a “routine part of the ongoing, daily environment and experiences” in elementary classrooms.

Intersectionality is another core tenet of anti-bias education. Incorporating anti-bias education correctly requires teaching students to shed their individual identity in favor of a larger group identity based on their race, culture, gender, or economic class. This creates a classroom environment where students view interactions with other children through the Marxist dichotomy of “oppressed” and “oppressor.” The ideal anti-bias classroom, students will identify white children as privileged contributors to a systemically racist system and black children as oppressed, victimized minorities.

The NAEYC and IAEYC even seek to influence parents’ ideas about race. The groups encourage parents to read books like “White Fragility: Why it’s So Hard for White People to Talk About Racism” by Robin DiAngelo and Michael Eric Dyson or “Why Are All Black Kids Sitting Together in the Cafeteria?” by Beverly Tatum. Both books teach the deeply divisive idea that American society is white supremacist and must be replaced with a regime of race-based redistribution.

Normalizing transgenderism and gender fluidity is essential to building an anti-bias classroom. The NAEYC and IAEYC inform teachers that they must not only tolerate transgenderism, but also must affirm these new gender performances as healthy and authentic. In accord with this view, teachers are instructed to read books on transgenderism to their students. The groups promote the book “About Chris” by Nina Benedetto, which tells the story of a little girl who thinks she is a boy. The book portrays the girl’s desire to be a boy as “his true self” and suggests teachers need to “learn the lesson” of not only transgender acceptance but advocacy.

The NAEYC even provides detailed guides to teachers for how to “support the families of gender non-conforming children.” The guide tells teachers to affirm children’s new gender identity by instructing “children to develop an expansive sense of themselves, provid[ing] language” and through reinforcing the actions of children playing with gender and in “conversations.” The guide recommends teachers learn how to celebrate transgenderism by reading the book “The Gender Creative Child: Pathways for Nurturing and Supporting Children Who Live Outside Gender Boxes” by Diane Ehrensaft. The group even equips children with gender-neutral language by promoting books like “They She He Me: Free to Be!” by Maya Gonzalez and Matthew Smith-Gonzalez, among many other books promoting transgenderism to children.

Anti-bias education extends beyond the classroom into family’s private lives. Anti-bias education requires cultivating complete independence of children from the family. What should a teacher do if a boy tells his parents “I feel like a woman,” but his parents refuse to help the boy transition? NAEYC has a teacher training guide explaining the teacher should “encourage parents to be accepting of children’s playful gender exploration” and “coach” families on “strategies” to accept their child as transgender.

Families who refuse to change their beliefs about gender or help their child transition are perceived as “transphobic” or “homophobic.” Despite families’ religious commitments, the teacher must encourage the family of a transgender or gender confused child to find someone in their religious community who will “celebrate their child.” Many families will find it harder to function as anti-bias education increasingly compromises its integrity.

The mission of the IAEYC and NAEYC is to transform schools from institutions that exist to educate children into institutions dedicated to political indoctrination. It is not enough for the IAEYC and NAEYC to train students and teachers to become progressive activists – they must infringe on parental rights by demanding conformity to critical race theory and the ideology of social justice.

Should nearly $6 million federal taxpayer dollars be sent to such a group? The answer is a resounding “No!” Legislators must act to respect parental rights in education and protect childhood innocence against predatory and divisive ideas seeking to dismantle American society.