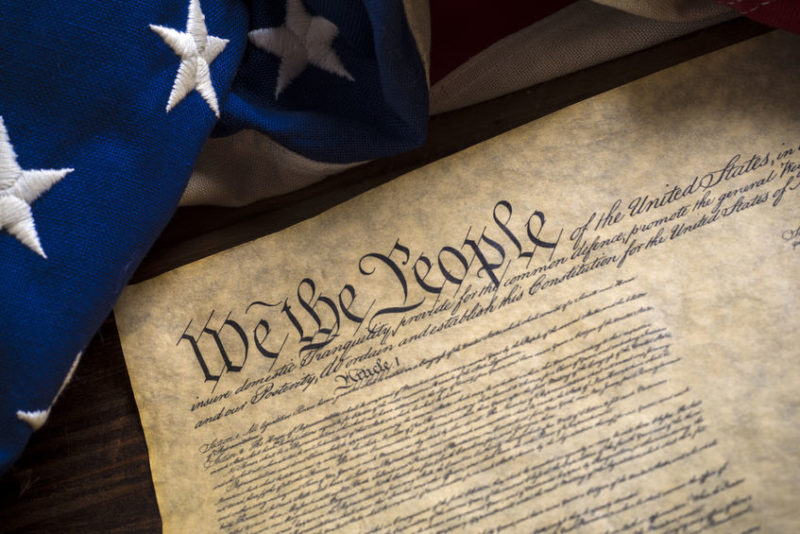 Two long serving members of the U.S. House of Representatives just declared open war on the First Amendment to the U.S. Constitution.

Representatives Anna Eshoo and Jerry McNerney this week sent identical letters to twelve media and technology companies, including AT&T, Apple, Amazon and Comcast, demanding answers for why they are “disseminating misinformation to millions” of subscribers who watch “Right-wing media outlets” hosted on their respective technology platforms.

There is no subtlety in this ominous letter. These Democratic members of Congress want certain media silenced and squashed under the phony, Orwellian guise of stopping “misinformation,” preventing “seditious acts,” and ensuring “public health best practices, among other issues in our public discourse.”

The specific targets of these Congress members’ threats are Fox News, Newsmax and One America News Network. Their actual targets are the tens of millions of Americans who disagree with the political agenda of national Democratic officeholders and extreme liberal activists.  Evidently, those Americans should not be allowed to hear different viewpoints and discern for themselves, the Congress members believe.

Reps. Eshoo and McNerney are from safe districts in the deep blue, one-party state of California. It is inconceivable these two obscure House members would write such an obvious and reckless assault on First Amendment freedoms without the approval of House Speaker and fellow Californian, Nancy Pelosi, and the House majority leadership.

The letter is dated February 22nd, which America once celebrated as George Washington’s birthday before Congress replaced it with the anodyne “President’s Day.” Still, the irony screams, considering that General Washington and countless other Americans through history risked their lives, fortunes, and sacred honor ultimately for the right to freedom of speech and of the press, among other liberties guaranteed in the Constitution.

This brazen letter is littered with footnotes that cite “experts” who claim these targeted media organizations fabricate news and incite violence, including the “insurrection” in the U.S. Capitol in January. In truth, these so-called “experts” are merely opinionated ideologues, including Media Matters for America, expressing their own biases and animus.

The Eshoo/McNerney letter reads almost as parody, except that it is a genuine power play to intimidate and threaten companies to eliminate what they believe is their political opposition. After all, these Congress members write, “not all TV news sources are the same.” That should be a good thing in a free society, but not to these politicians, who want all news media to parrot them.

In the United States of America, not all media sources are echo chambers for a political party. The case can be made that some are, such as CNN and MSNBC.  They have the First Amendment right and business prerogative to be stenographers for the Democratic Party and its political Left agenda. Americans have the freedom to tune in and embrace or ignore the view that network personnel are Democratic Party apparatchiks masquerading as journalists; or Americans can change the channel.  I haven’t noticed any Republican members of Congress (or Donald Trump, when he was president) sending threatening letters on government stationary about either cable network for exercising First Amendment freedom.

CNN last summer reported there was “mostly peaceful protests,” even as rioters in full view were burning cars and buildings. Liberal politicians such as then-Vice Presidential candidate, Kamala Harris, cast aspersion on the coronavirus vaccine. No one demanded CNN be shut down for ludicrous, false reporting; or that Senator (now VP) Harris’ mendacious talking point on the vaccine get censored. Rather, a free society allows it and enables others to respond, debate and refute news accounts and opinions using information platforms and media outlets.

Fox News, Newsmax, OANN, CNN and MSNBC should be able to make their own programming decisions, untrammeled by politicians, including segments that question authority, medical claims, and global warming; or what constitutes election irregularities or an insurrection. Disagree all day long, watch another news network, or respond as did these footnoted “experts.”

In totalitarian nations, including Cuba, North Korea, and China, the “news media” is an arm of the state and never strays from the Communist Party line. Congress members Anna Eshoo and John McNerney are the latest canaries in the coalmine who have dropped all pretensions and now publicly oppose constitutionally protected freedom of expression. They want Comcast, Amazon, et. al., to do their dirty work to censor media companies that present alternative information, independent from their Party’s talking points. If such politicians succeed, it would be a giant step toward tyranny and render the First Amendment a dead letter, a fiction.

It is astounding and frightening the degree to which the Party of FDR, Truman, JFK and (Bill) Clinton has become Orwellian in its twisting of the English language and a threat to American constitutional norms. America needs a robust, competitive two-party system with the common denominator that respects and adheres to the Constitution and the freedom it is supposed to guarantee, including for those who dissent.