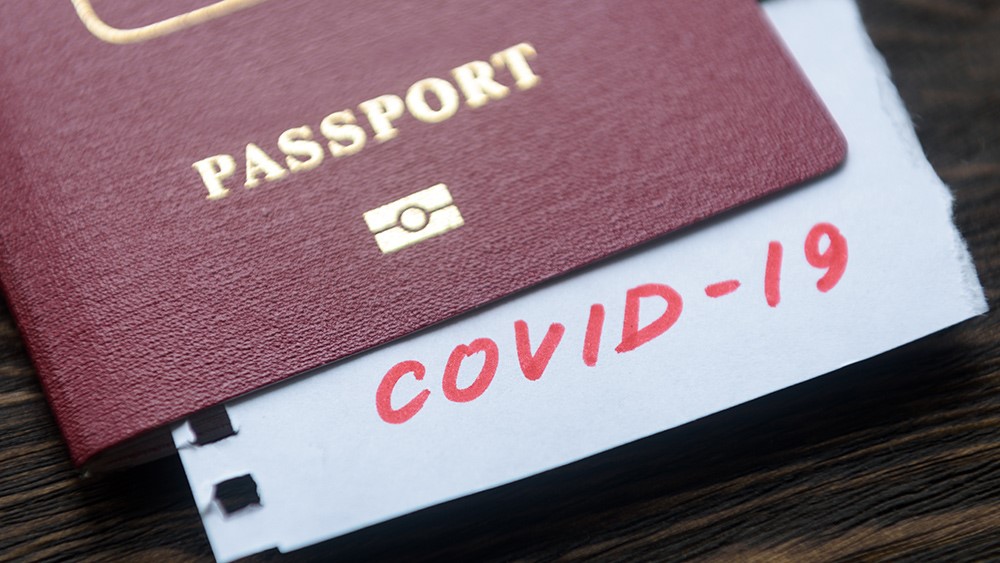 Mainstream media outlet CBS News declared that “vaccination passports” will be a necessity for those planning to travel in the new normal. The news outlet’s pronouncement came amid predictions that domestic and international travel will resume in the summer of 2021. The travel industry and its related sectors experienced a standstill at the onset of the pandemic in March 2020, but is set to resume as COVID-19 vaccination programs appear to establish herd immunity.

CBS News travel editor Peter Greenberg predicted that travel would most likely return in the summer of 2021, and that prerequisite documents would be needed before people can do so. He stated that these documents would serve as proof that people were vaccinated against the Wuhan coronavirus. Greenberg said that these so-called vaccination passports “will be required” and will be the new standard in travel. But the travel editor expressed a bigger concern: “The real question is what technology will be available to create a universally acceptable and readable document that can’t be forged.”

The journalist remarked that early models of these vaccine passports will likely be physical, with later editions becoming fully digital. Both the public and private sectors in different countries worldwide are now in the process of developing preliminary versions of these digital credentials. Greenberg said that when these passports are rolled out, travel authorities will “be asking for it at [the] point of departure and … point of entry.” Airline ticket counters, passport control lanes and Customs and Border Protection embarkation points are some of the places that may ask for the vaccine passports, he added.

Greenberg estimated that vaccine passports would see widespread use in cruise lines and some air carriers around July 2021 at the earliest.

Greenberg espoused the Danish model of vaccine passports as an example for the U.S.

The CBS News journalist cited Denmark’s use of the vaccine passport as a model for the U.S. to follow. The Nordic country is currently developing a digital passport for citizens that contains all pertinent medical information.

The Danish government announced Feb. 3 that the country will launch a digital passport – albeit in a simple form – by the end of the month. The passport will indicate that someone has indeed been vaccinated against COVID-19. The country appeared to take cues from its neighbor Sweden, which mandated that visiting foreigners produce a negative coronavirus test result.

Denmark’s digital health passport will be initially available to business travelers, and will be launched on the Danish digital health portal Sundhed.dk. The portal’s director Claus Duedal Pedersen said the passport system will be based on Denmark’s existing national infrastructure and the national vaccination database. He added that the digital passport will be done in a very short time frame by means of a public-private partnership.

Although the country is working on a simple solution by the end of February, a more complete technological solution is being developed in three to four months. The Danish government hopes that the digital passport can serve as the first step to returning to normal and help ease restrictions.

Danish Acting Finance Minister Morten Bødskov described the passport as “extra security” for re-opening Denmark. He added that the government hopes to assist the business community that needs to travel with the document. Bødskov continued that the digital passport is of assistance to business travelers who need to meet face-to-face with their business associates. (Related: Denmark set to launch digital coronavirus passport.)

Writing for the National File, podcast host Frank Salvato pointed out that privacy is still a key issue when it comes to digital passports. Information in these vaccine passports is still subject to rules and guidelines established by the Health Insurance Portability and Accountability Act of 1996 (HIPAA). Under the HIPAA, sensitive information cannot be used by companies to single out certain individuals.

Salvato also mentioned that the Fourth Amendment clearly protects people against illegal search and seizure. The amendment states: “The right of the people to be secure in their persons, houses, papers and effects against unreasonable searches and seizures shall not be violated.”

On the other hand, the podcast host noted that privacy advocate groups were silent when it came to possible privacy issues with the vaccine passports. He said no pro-privacy organizations challenged any probable intrusions into Americans’ privacy when the digital vaccine passports are rolled out. (Related: Vaccine passports thwarted in the UK, at least for now.)

Visit MedicalTyranny.com to read more news about digital vaccine passports being rolled out amid the ongoing pandemic.