CPAC 2021: Conservatives Are Poised to Do Great Work in America 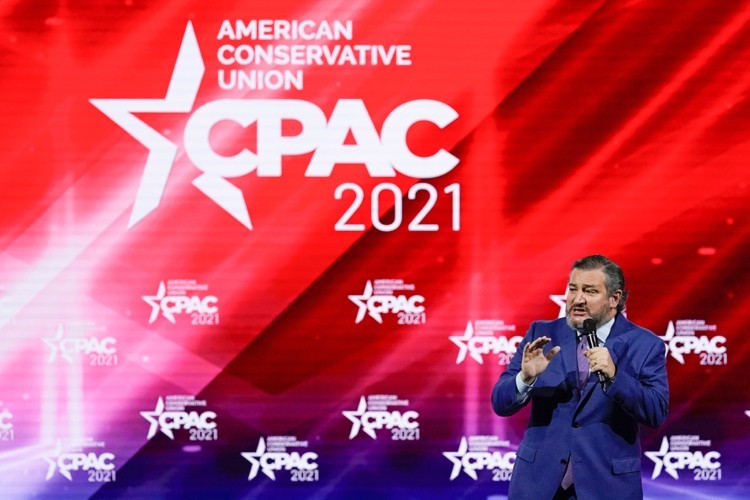 CPAC 2021: Conservatives Are Poised to Do Great Work in America

If any good has come out of a year of lockdowns and mask-wearing, it’s been the awakening of millions of Americans to their constitutionally protected rights and a call to action to defend liberty under the threat of tyranny.

The conference opened on Friday with panels on election integrity, the First and Fourth Amendments, Big Tech, Big Government, Big Media, the leftist mob, and cancel culture, among others. At a red-carpet evening event of the premiere of the movie Roe v. Wade, filmmakers Cathy Allen and Nick Loeb presented the untold story of this landmark Supreme Court ruling.

Delivering a rousing welcome address, Republican Governor Ron DeSantis touted election integrity, American sovereignty, and the American worker. DeSantis has gained a wealth of new supporters owing to his unwavering commitment to keeping his state open and free from draconian coronavirus restrictions. More and more Americans are abandoning heavily locked down areas and heading to the Sunshine State to open their businesses and to send their children to school. “Florida’s leading on the issues that matter to conservatives,” said DeSantis. “We don’t spout hollow rhetoric. We take decisive action. And what’s true in Florida is what’s true for conservatives across this nation.”

A notable morning panel discussion on the “Fifth Amendment: Freedom from Confiscation of Private Property,” was moderated by the Washington Examiner’s Kerry Picket, and featured former Nevada Attorney General Adam Laxalt (American Conservative Union Foundation Board); Shelley Luther (Courage To Stand Foundation); and Ian Smith (Atilis Gym). The group expounded on the uphill battle many small business owners are fighting in states such as New Jersey and Texas, where unconstitutional mandates have been put in place to “protect communities against the deadly disease,” noted Picket.

“Why are some businesses targeted and forced to close, while others are allowed to stay open,” asked Picket. Luther, owner of Salon À la Mode in Dallas, Texas, described that when she asked a representative from Governor Abbott’s office why [salons] were closed, she was told that information was “classified.” “We are not dealing with people who have our best interest in mind,” said Luther, who spent two days in jail and was issued a $7,000 fine when she opened her hair salon four weeks after Governor Greg Abbott mandated a stay-at-home shutdown order.

Luther spent her own money to sanitize her workstations to meet safety standards. After her court appearance went viral, she received an incredible amount of support. Her mission now is to help others who are afraid to stand but are losing their livelihoods. “We need to work together as a community to open these small businesses. When it sounds ridiculous it is, and that’s when we need to stand up and say enough!” she said.

For Smith, co-owner of Atilis Gym in Belmar, New Jersey, Luther was an inspiration. With his business partner Frank, Smith developed a 15-point safety system to reopen his gym. Of course, this wasn’t acceptable to Governor Phil Murphy. But Smith’s idea was to go above and beyond to set an example and to show that churches, schools, and small business owners could safely reopen and that government could work with the people. “A lot of people are afraid. Most of them have never had an interaction with the police. They don’t want to be in that situation,” said Smith. Similar to Luther, he set out to encourage others with his website stayopenstayfree.com, which was taken down by Google, and his account was throttled.

Met with thousands in fines, facing arrest, and locked out of their own business, Frank and Smith moved into the gym and lived there 24 hours a day. Because the state revoked their business license, they do not charge their customers, and fully open, they continue to operate through donations. To support Smith, visit the Atilis Gym website.

Commentary from former Nevada Attorney General Laxalt emphasized a return to the founding principles, reminding the audience that “individual liberties are not fair-weather rights, and while many of our rights are generally in jeopardy, government will use this crisis [COVID-19] to go as far and as fast as possible.” In a plea to state leaders, Laxalt urged governors “to do the best they can for their constituents, to preserve their liberties as best as possible.”

For all the patriots at home this weekend who would like to watch these events livestream, you can do so at the CPAC website or the Right Side Broadcasting Network.