Contrary to media reports, COVID-19 vaccines do cause a paralyzing facial condition 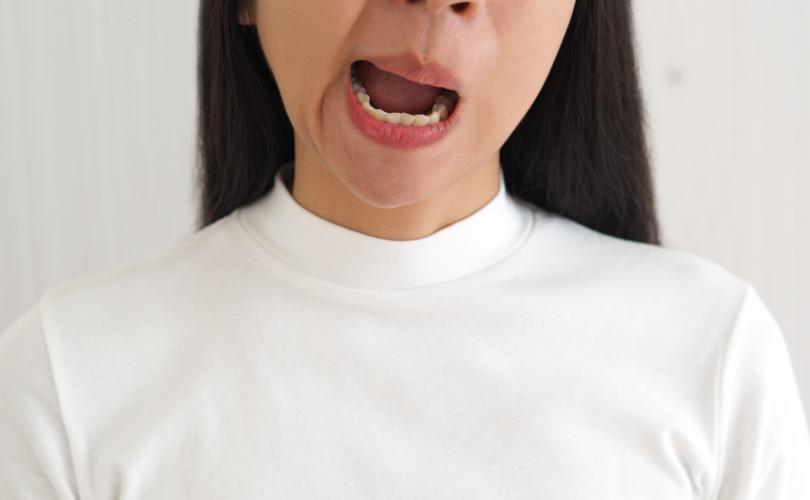 Contrary to media reports, COVID-19 vaccines do cause a paralyzing facial condition

The mainstream media have inaccurately reported that Pfizer’s and Moderna’s new COVID-19 vaccine trials found no potential risk of Bell’s palsy, a condition that causes the faces of patients to be paralyzed and droop on one side.

The “observed incidence of Bell’s palsy in the vaccine arms is between three to five times and seven times higher than would be expected in the general population,” researchers from the Precision Vaccines Program in the Division of Infectious Diseases at Boston Children’s Hospital in Boston said in a paper published Wednesday in The Lancet.

The researchers looked at publicly available data from the Pfizer-BioNTech and Moderna vaccine trials that they said “suggested an imbalance in the incidence of Bell’s palsy following vaccination compared with the placebo arm of each trial.”

Comparing the trial data to that of the general population in detail, they reported that “this finding signals a potential safety phenomenon and suggests inaccurate reporting of basic epidemiological context to the public.”

Bell’s palsy is a condition often mistaken for a stroke because many of the symptoms are similar, but it is not as serious. The condition results from dysfunction of a cranial nerve that directs the muscles on one side of the face, including those that control eye blinking and smiling, according to National Institute of Neurological Disorders and Stroke.

Most symptoms, including pain, distorted facial features, watery eyes, and inability to close one eye or speak, drink or eat normally, will improve within a few weeks and a complete recovery is usually anticipated within six months.

In some cases, people have lingering effects, however, and others may be burdened with symptoms for life. Former Canadian Prime Minister Jean Chretien suffered Bell’s palsy as a child and was permanently affected.

Mainstream media reports have dismissed the higher incidence of Bell’s palsy in the trials as comparable with the normal rate of the condition.

In December, the CBC interviewed Pfizer Canada president Cole Pinnow, who said, “I can appreciate the concern, but I’m going to defer to scientific experts who look at the data in totality. From what I understand, they say that that incidence is on par with the general population and therefore isn’t considered to be statistically significant.”

The Boston researchers say that “this reporting is based on a misconception, driven by a subtle distinction between rates and proportions that has persisted in the lay media.”

Since the trial participants were followed only for a median of two months, the incidence was significantly higher than the estimated incidence rate of Bell’s palsy in the general population, which ranges from 15 to 30 cases per 100 000 person-years.

The cause of most cases of Bell’s palsy is unknown, although it has been linked in previous medical reports to infections and various vaccines, including the influenza vaccine and the meningococcal vaccine when given in tandem with other vaccines.

A Swiss intranasal influenza vaccination was discontinued in 2001 after 46 cases of Bell’s palsy were reported and a subsequent study estimated conservatively that the relative risk of Bell’s palsy was 19 times the risk in the controls, corresponding to 13 excess cases per 10,000 vaccinated individuals within 1 to 91 days after vaccination.

“Overall, both passive and active surveillance systems will be important to ensure vaccine safety,” The Lancet paper researchers write. “While we call for robust surveillance for potential mRNA vaccine-associated Bell’s palsy, we also note that Bell’s palsy usually self-resolves and we feel the available coronavirus mRNA vaccines offer a substantial net benefit to public health.”

As of February 26, the U.S. Vaccine Adverse Event Reporting System (VAERS) of the Centers for Disease Control and Prevention included 177 reports of patients who developed symptoms that included Bell’s Palsy after COVID-19 vaccinations. While the VAERS data does not imply that the vaccine is the cause of the condition in the reported cases, it is a reportable condition of concern. A sampling of VAERS reports include:

A 38-year-old Iowa woman who received the first dose of Moderna’s COVID-19 vaccine on December 29, 2020. “Patient’s adverse reactions started day of vaccination with right arm pain up to right ear as well as complete tongue numbness,” the VAERS report states. By January 1, the patient had “increased Bell’s Palsy symptoms including: inability to raise left eyebrow, inability to close left eye in its entirety, teeth being numb on left side, and numbness and tingling in left foot and left hand (from palm to fingers).” The patient was hospitalized for two days and her symptoms had improved but had not fully resolved at the time of the report on January 4.

A 35-year-old Minnesota physician reported to VAERS that she had received a second dose of Pfizer’s COVID vaccine on January 15 and on the same day started to experience pain in the left side of her face which intensified over the following days and spread to her ear and jaw. She also experienced a tingling sensation in the left side of her forehead and facial weakness and a Bell’s palsy diagnosis was confirmed on the fourth day after the shot.

A 51-year-old New York woman received a second dose of Pfizer’s COVID-19 vaccine on January 29 and began to experience a “headache (and) sharp right side pain in my neck, jaw, and ear” the same day. The following day she woke up and found that the right side of her face was numb, and her right eye would not blink. She underwent a CT scan and was hospitalized and diagnosed with Bell’s palsy before being discharged on January 31 with instructions to consult a neurologist, immunologist, ophthalmologist, and her primary care physician.

A case report published February 21 in the Journal of Neurology describes a previously healthy 37-year-old male with no other likely triggers who developed Bell’s palsy within a few days of vaccination with Pfizer/BioNTech’s mRNA COVID-19 vaccine.

As well, a YouTube video posted on December 26 features a tearful woman who says she is a nurse from Nashville, Tennessee who developed Bell’s palsy three days after a COVID vaccination shot.

A December 10 Food and Drug Administration (FDA) briefing document from the Vaccines and Related Biological Products Advisory Committee Meeting on Pfizer’s COVID vaccine states that the “observed frequency of reported Bell’s palsy in the vaccine group is consistent with the expected background rate in the general population, and there is no clear basis upon which to conclude a causal relationship at this time, but FDA will recommend surveillance for cases of Bell’s palsy with deployment of the vaccine into larger populations.”

The statement was removed from the subsequent FDA briefing notes on Moderna’s vaccine, according to The Lancet commentary.

Requests to Pfizer and Moderna’s media offices on Friday to respond to the commentary in The Lancet were not immediately answered.