Biden Invites Tidal Wave of Illegals into the U.S. 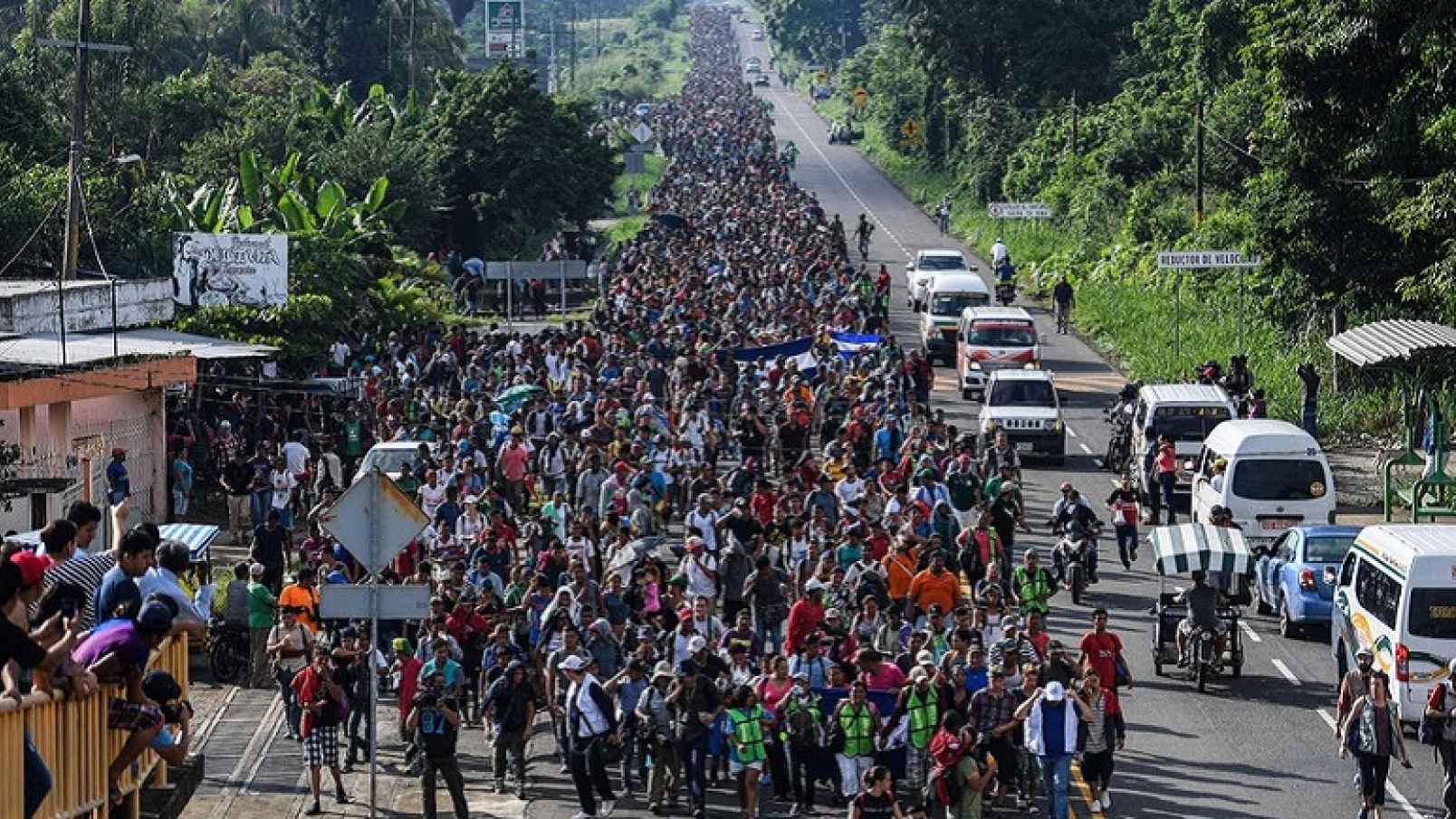 Biden Invites Tidal Wave of Illegals into the U.S.

Welcome to the business boom for smugglers of illegal migrant children.

Joe Biden, the open borders president, is proposing amnesty legislation to provide the 11 million plus illegal aliens in this country a pathway to citizenship. During his CNN-hosted town hall meeting on February 17, Biden confirmed that such a pathway for citizenship must be included in any immigration bill that he would consider signing. The term “alien” would no longer be used in U.S. immigration law. Until the illegal aliens successfully complete the path to U.S. citizenship under Biden’s “reform” legislation, they are to be referred to as “noncitizen,” which is defined as “any person not a citizen or national of the United States.”

In the meantime, through executive action, Biden is handcuffing Immigration and Customs Enforcement (ICE) officers in arresting and detaining illegal immigrants in the United States for eventual deportation. U.S. District Judge Drew Tipton at least managed to slow things down a bit. He issued a nationwide preliminary injunction on February 23rd against moving ahead with implementation of Biden’s 100 day pause on most deportations. But Biden’s political appointees at the Department of Homeland Security (DHS) are undoubtedly searching for any loophole they can find.

Biden is allowing some migrants seeking asylum, who have waited in Mexico for months under the Trump administration’s  “Remain in Mexico” policy, to enter and remain in the United States pending adjudication of their asylum applications. The catch and release policy is back as the aliens melt into communities across the country, where they can compete for jobs with unemployed U.S. citizens and increase the risk of further coronavirus spread.

Biden’s immigration policies are a disaster in the making, and he is just getting started. Biden’s welcome mat is encouraging thousands more migrants from Central America to join caravans making their way to the United States for easy entry. The number of illegal aliens have already increased since Biden took office. “When you send the message that you are not serious about immigration enforcement, you can’t act surprised when you see a massive influx of people that you have to manage,” said Jon Feere, a senior adviser to ICE during the Trump administration.

The overflow has forced the Biden administration to reopen border detention facilities to house unaccompanied migrant minors who have entered the country illegally, often with the assistance of smugglers. One reopened facility with bars in its windows will house up to 700 migrants, aged 13 to 17. This facility was used by the Trump administration for just a month back in 2019. When Trump was in the White House, such facilities were called “cages” by Trump haters. Biden himself said, “Under Trump, there have been horrifying scenes…at the border of kids being kept in cages.”

Now, with Biden in the White House, the same facility used during the Trump administration has been rechristened by Biden’s lapdogs in the media as an “overflow facility” or “emergency facility.” There is no end to the left’s hypocrisy.

White House Press Secretary Jen Psaki declared at her press briefing on February 24th that the Biden administration’s policy “is not to expel unaccompanied children who arrive at the border.” What a boost for the smugglers’ business prospects! Then Psaki gave excuses when asked about the Biden administration’s detention of children. The reopening of the detention facility is only “a temporary reopening,” Psaki said. It’s all because of the COVID-19 pandemic, she explained. “There needs to be spacing,” according to Biden’s mouthpiece. “To ensure the health and safety of these kids, HHS took steps to open an emergency facility to add capacity where these kids can be provided the care they need before they are safely placed with families and sponsors.”

Instead of encouraging smugglers to transport more and more illegal migrant children to the U.S. border, how about taking steps that will dry up the demand for their services? Just put the kids the smugglers have already brought here on planes taking the kids back to the countries they came from. The middle seats can be kept empty, with masking required during the entire flight to guard against spread of the coronavirus. Why should U.S. taxpayers have to pay for testing, vaccinations, and general care of illegal alien minors who were no doubt smuggled into the country? The smugglers surely don’t do any testing for the coronavirus before they dump the children over the border in the United States.

Some Democrats in the border states are getting queasy. “The way we’re doing it right now is catastrophic and is a recipe for disaster in the middle of a pandemic,” said Texas Rep. Vicente Gonzalez. Texas Rep. Henry Cuellar observed that “we gotta be careful that we don’t give the impression that we have open borders because otherwise the numbers are going to start going up. And surely enough, we’re starting to see numbers go up.”

Of course, progressives do not think Biden has gone far enough yet. Democratic-Socialist Rep. Alexandria Ocasio-Cortez, mistakenly believing that Biden has been in office for two months, tweeted the following: “It’s only 2 mos into this admin & our fraught, unjust immigration system will not transform in that time. That’s why bold reimagination is so impt. DHS shouldn’t exist, agencies should be reorganized, ICE gotta go, ban for-profit detention, create climate refugee status & more.” She also condemned the Biden administration’s decision to temporarily house unaccompanied children in detention facilities. “This is not okay, never has been okay, never will be okay – no matter the administration or party,” AOC tweeted. At least she is consistent in her extremist pro-illegal alien advocacy.

So far, Joe Biden has used his presidential powers to kill the Keystone XL pipeline, ending employment of at least 11,000 Americans, while expanding the pipeline for more illegal aliens to enter the country and take jobs away from Americans. He is also maneuvering to move the illegal aliens already in this country through the citizenship pipeline. Something is very rotten in Biden’s vision of America.