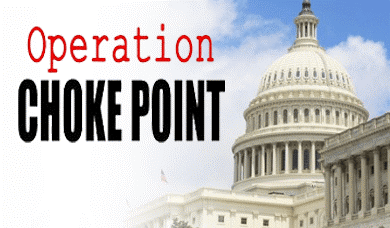 I was just thinking about this old Obama administration program this week as it was a web tag it used years ago. Additionally, there was a time that Congressman Darryl Issa came to Clearwater to speak at an event I attended and he spoke on this disgusting program among other topics.

Well, Kelsy Bolar is on the case and a big hat tip to her for the alarm she is sounding. Let’s keep in mind the moves that Bank of America made in partnership with the FBI to report their own customers’ banking records that they asserted went to Washington, DC to begin a revolution at the Capitol on January 6. You can imagine that this program is quite the talk in the halls of Congress by progressives.

Amongst the record-breaking number of executive actions taken by President Joe Biden was one related to a little-known, frightening Obama-era program called Operation Choke Point. The program, dubbed so under former Attorney General Eric Holder, uses the power of the federal government to target legal yet leftist-disfavored businesses. These include gun sellers, pawnshops, and short-term money lenders.

The Trump administration did its best to end this blatantly unconstitutional program that sought to discriminate against legal industries. In 2017, the Justice Department declared the program “formally over.” At the end of Trump’s term, the Office of the Comptroller of the Currency established the Fair Access rule to solidify its culmination. 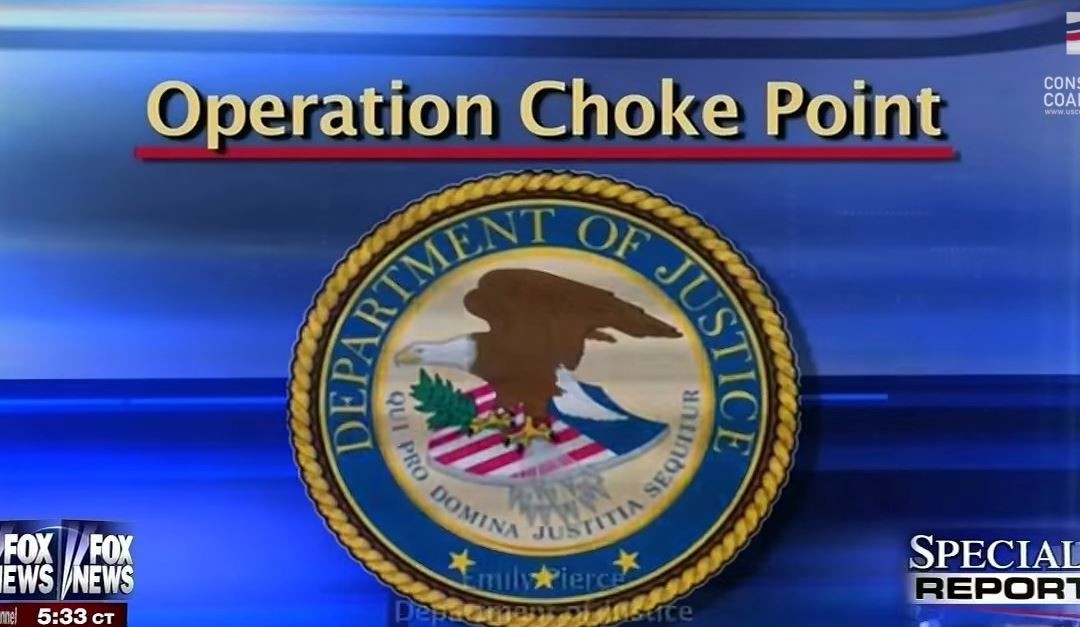 But on Jan. 28, the Office of the Comptroller of the Currency under President Biden announced it would pause the Trump-era rule intended to prevent another Operation Choke Point from happening again.

The Backstory of Operation Choke Point

Under Operation Choke Point, federal regulators instructed banks to do the opposite — to openly discriminate against entire industries the Obama administration found objectionable. Weaponizing the power of banking regulators at the Federal Deposit Insurance Corp. and the Office of Comptroller of the Currency, the Obama administration realized it could block entire industries from the banking system that it didn’t like. This made it difficult — if not impossible — for politically disfavored businesses such as gun sellers and short-term lenders to operate.

Essentially, by using the power of federal banking regulators to intimidate banks from providing their services to these industries, the administration choked off their access to the financial system, leaving them paying more for essential banking services, or unable to use a bank at all.

Different agencies within the Obama administration denied wrongdoing in various ways. At least one bank, however, admitted to choking off three legal enterprises at the government’s behest. Dozens of business owners — many of them gun sellers and short-term lenders — said their bank accounts and access to credit card processing platforms were suddenly stymied or shut down with no explanation and no opportunity for recourse.

Whereas seven years ago the idea of using the powers of the federal government to choke certain Americans from public life was controversial enough for the Obama administration to deny wrongdoing, in today’s era of social justice and cancel culture, it’s applauded.

Build Your Own Banks

Within corporate America, an employee was run out of Boeing over an article he published 33 years beforehand arguing women shouldn’t serve in combat (a position many Americans hold today). In the media, a Jewish, pro-Israel, pro-choice, bisexual writer was choked from The New York Times for not being leftist enough.

In Hollywood, a conservative actress was choked from Disney for expressing politically incorrect views on her private social media account. In the beauty blogging world, a conservative blogger was ousted from her role as a Sephora representative.

For all intents and purposes, Operation Choke Point is happening every day on a massive scale. Yet instead of “just” choking off access to capital and banking services, we’re witnessing a stranglehold on information, speech, and the broader marketplace of ideas. Concerningly, the government is now playing an active role.

As exemplified by Parler and the recent Twitter purge, Big Tech is choking conservatives off their social media platforms while Democrats cheer it on. In an attempt to choke conservatives out of entire industries of employment, critical race theory training and pledges are being forced on schools, government workplaces, and the armed forces.

This Dynamic Is Now Worse

Signs of Operation Choke Point’s formal resurrection are symbolic of the larger attempt by government actors to choke politically disfavored industries and individuals from the mainstream. While cancel culture has led to a politicized economy, the federal government’s arbitrarily targeting of individuals, groups, and entire companies will increase the politicization of the country, where the only acceptable views are from those in power.

Operating in the dark corners of the federal bureaucracy, Operation Choke Point bypasses public input and the legislative process, leaving politically unpopular individuals and businesses to fend for themselves. If the Biden administration’s rule reversal is any sign, the next four years won’t be about unifying the country to “Build Back Better.”

Of course, all this will do nothing to further the causes of bipartisanship, unity, and healing President Biden claims to desire. Capitalizing on the trend of cancel culture, a return of Operation Choke Point would devastate an already damaged country. By abusing the powers of federal regulators, Operation Choke Point 2.0 would solidify what most right-of-center Americans already know: Instead of unity, Democrats want you choked from everyday life.

Three years ago, former President Obama infamously claimed his administration “didn’t have a scandal that embarrassed us.” While it’s tempting to point to Operation Choke Point to refute this, perhaps Obama was right. With Biden sitting by Obama’s side, the Obama administration wasn’t the least bit embarrassed about using its powers to choke legal businesses from existence. Indeed, it was the entire goal and they appear poised to do it again.