BLM Financial Report: Where Did $90M Come From? Where Did Much of It Go? 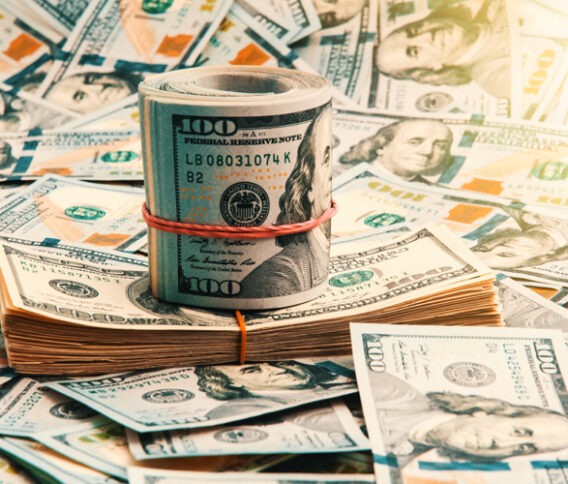 BLM Financial Report: Where Did $90M Come From? Where Did Much of It Go?

Race hustling is big business. Black Lives Matter Global Network Foundation has — for the first time ever — disclosed information about its finances. What the organization reveals is telling, but so is what it refused to reveal.

The catalyst that sparked the sudden financial disclosure from the previously-tight-lipped organization was a group of local BLM chapters claiming that they were not being given any of the money that was being raised. So, just how much money are we talking about? Well, in 2020 alone — a year marked by positive media coverage of BLM’s participation in a months-long violent siege of more than 200 cities across America — the BLM foundation raked in $90 million. That’s a lot of green and white portraits of dead, white men.

It seems that burning, looting, and rioting in the name of “Black Justice” in the wake of highly publicized (though extremely uncommon) deaths of black men at the hands of white cops helps grease the skids for fundraising. This seems especially to be the case when those deaths — regardless of the facts, the evidence, or the circumstances — are all reported as examples of white cops committing “murder” as “enforcers of systemic racism.” And of course the favorable coverage of BLM riots (often described as “mostly peaceful” or “episodes of unrest” even with dead bodies and burned out buildings telling a very different story) didn’t hurt the inflow of cash for BLM. After all, many of the same Democrats who bent over backward to decry the evils of pro-Trump rallies (even going so far as to impeach President Trump for “inciting insurrection”) were the very faces on the nightly news during the riots of the summer saying we need more of this type of behavior.

So, if BLM HQ is not doling out the money to many of those local chapters, what are they doing with all that cash? Daily Mail reported:

The foundation is now building infrastructure to catch up to the speed of its funding and plans to use its endowment to become known for more than protests after Black Americans die at the hands of police or vigilantes.

‘We want to uplift Black joy and liberation, not just Black death. We want to see Black communities thriving, not just surviving,’ reads an impact report the foundation shared with the AP before releasing it.

The foundation’s coffers and influence grew immensely following the May 2020 death of George Floyd, a black man whose last breaths under the knee of a white Minneapolis police officer sparked protests across the U.S. and around the world.

That growth also caused longstanding tensions to boil over between some of the movement´s grassroots organizers and national leaders – the former went public last fall with grievances about financial transparency, decision-making and accountability.

The foundation said it committed $21.7million in grant funding to official and unofficial BLM chapters, as well as 30 black-led local organizations. It ended 2020 with a balance of more than $60million, after spending nearly a quarter of its assets on the grant funds and other charitable giving.

According to financial records made available to AP and later published on the official BLM website, for BLM HQ’s “operating expenses” were $8.4 million. “This number represents dollars spent on staffing, operating and administrative expenses, civic engagement, programs and field expenses, rapid response, and crisis intervention,” according to the Impact Report.

And while the Impact Report may help explain where $8.4 million went, it does not break that sum down at all. For instance, it is still unknown how much of that $8.4 million was for salaries, perks, or other financial benefits for BLM HQ’s “leaders” or other employees. At any rate, that seems a large amount for an “operating expenses” for an organization that claims to be a grassroots, spontaneous group made up of activist volunteers.

Also, while the report states that the average donation to BLM was $30.64, it does not list — and BLM HQ has refused to name — the large benefactors who made up what is certainly the lion’s share of the $90 million the organization raked in during 2020. A simple math equation does shed some light on the fact that most of the money did not come in in the form of nickels and dimes. Because $90,000,000 divided into “average” donations of $30.64 would come out to 2,937,336 donations. Raise your hand if you believe that nearly 3 million people made donations to BLM in 2020.

This lack of accountability — especially on the heels of many of the local chapters of BLM saying they never got any money — does not exactly instill confidence in the financial integrity of BLM HQ. It will also likely do little to quiet the voices who have long suspected that much of BLM’s blood money comes from the likes of George Soros and his ilk.

So, BLM admits to rolling in money, but will not say where it comes from or where it is going. But, not to worry — the organization that has spent nearly a decade hustling race and increasingly terrorizing the nation promises to keep on keeping on. The report states:

We are no longer a small, scrappy movement. We are an institution. We are mature. We are a growing entity developing its stake in the philanthropic world. We are entering spaces previously unimaginable. We want to show folks that we have a voice here, and that our voice carries weight. For BLMGNF, not having an account of reserves would prevent us from engaging rapidly alongside the #BlackLivesMatter movement. Having an account of reserves is what has allowed us to respond in 2020 in the ways that we have, and it is what has allowed us to imagine and plan for what we can accomplish in 2021 and beyond. Strategically, our sights are set on diving into work at the levels of policy, community investment, arts and entertainment, and research. Such expansive work will require the security that fiscal sustainability provides.

Given the terrorist tactics of BLM — seen especially last summer — one thing is certain: America does not need what BLM can accomplish in 2021.