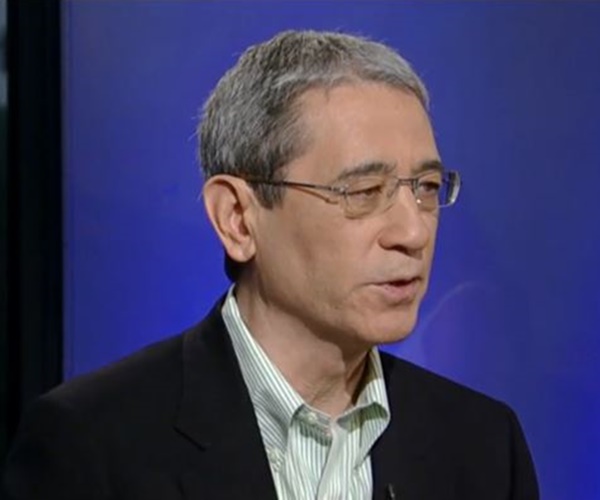 President Joe Biden is going to struggle to hold China accountable for its human rights abuses, particularly with the “money trail” to son Hunter and the fact it does not “respect” him, according to China expert Gordon Chang.

“They don’t respect him,” Chang told Sunday’s “The Cats Roundtable” on WABC 770 AM-N.Y. “We know this from voices that we’ve heard from Beijing – most infamously Professor Di Dongsheng of Renmin University, who gave his comments on Nov. 28, where he was very explicit about what Chinese officials and others thought of Biden.

“Basically, he said that Beijing thought they could push Biden around. We got a sense of that Jan. 23 when Chinese aircraft entered into Taiwan’s Air Defense Zone.”

Chang noted to host John Catsimatidis, the Trump administration trade war and some level of unpredictability kept Chinese aggressions against the U.S. and the world at bay.

“China left the U.S. alone during the Trump years,” Chang said, adding “they were very concerned about what Trump would do.

“Trump was unpredictable. China can deal with hostile leaders, but they have particular problems dealing with uncertainty. And Trump, to them, was uncertain — which is the reason why there was a relatively calm during the four years of Trump’s presidency. I think we’re going to see Beijing go after Biden in ways that they are really going to scare the world and terrify the Biden administration.”

Chang pointed to the “disgraceful” Biden remarks at a CNN town hall this week, where he suggested the treatment of Uighur Muslims were a function of different cultural “norms,” evidence Beijing believes it can “push Biden around.”

“It’s not clear what Biden is going to do,” Chang said. “During the campaign he said he was going to be the human rights president when it came to China. But so far we haven’t seen any evidence of that.”

To top it all off, Hunter Biden’s 10% interest in Bohai Harvest RST, a Shanghai-based private-equity firm will remain a “big issue,” Chang said.

“That was a sweetheart deal,” he added. “It looks like it was arranged by the Communist Party.

“This is going to be a continuing story, because there’s a money trail,” he continued. “There’s going to be a lot that comes out in the next several months.”