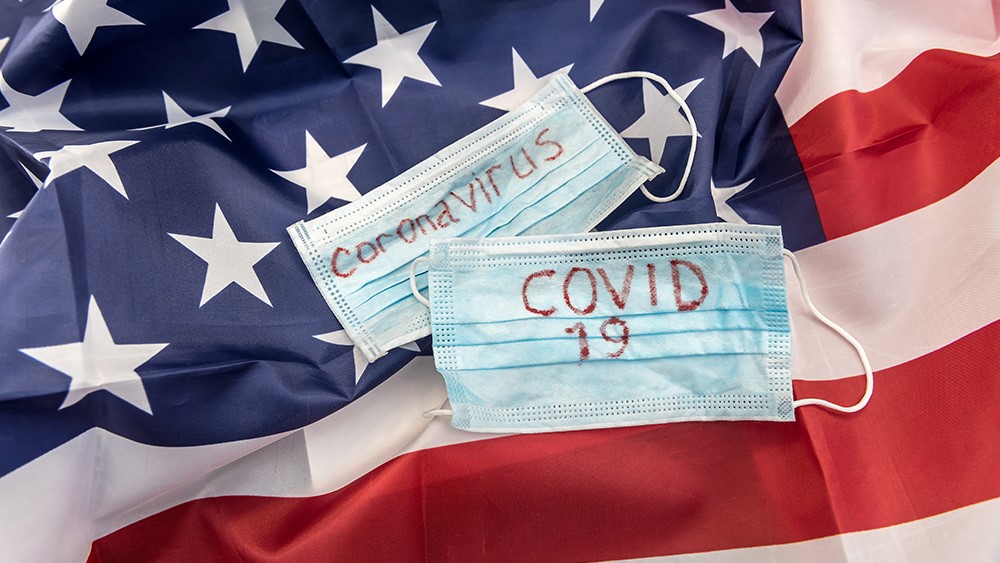 The new Republican governor of Montana lifted a statewide mask mandate in place since July 2020. Gov. Greg Gianforte rescinded the mandate on Feb. 12, fulfilling a promise he made the previous month. He stated that he would continue wearing a face mask despite the mandate’s repeal. But some cities are not planning to lift their local mask-wearing requirements as they consider Gianforte’s repeal premature.

Former Montana Gov. Steve Bullock, Gianforte’s predecessor, ordered the mask mandate back in July of last year. It originally applied to counties with four or more active COVID-19 cases but was eventually expanded to cover the entire state in November 2020 when the number of Wuhan coronavirus cases and hospitalizations shot up. The number of confirmed cases in Montana has declined significantly ever since.

Gianforte promised he would lift the mask mandate – provided that liability protections were in place for businesses and health care providers and that enough vulnerable Montana residents were vaccinated against COVID-19. The governor made the promise a day after assuming office in January 2021. He made good on his promise through the Feb. 12 pronouncement, saying that both requirements had been met.

Despite the lifting of the mask mandate, Gianforte said he would continue wearing a face mask and urged others to do so. Four GOP lawmakers with masks on – including Montana Senate President Mark Blasdel and Montana House Speaker Wylie Galt – were with the governor when he announced the mask mandate’s lifting.

Gianforte said during the announcement: G

However, some public health officials in Montana have insisted that the state has not vaccinated enough vulnerable residents. According to state figures, less than 47,000 people in the whole of Montana have received both doses of the Wuhan coronavirus vaccines as of Feb. 12.

Gallatin County Health Officer Matt Kelley called Gianforte’s decision to lift the mask mandate “confusing and concerning.” He said: “We’ve got thousands of Montanans who can’t get a vaccine and they’re vulnerable because they’re seniors or … have underlying health conditions. I’d like everybody to have a chance at that vaccine before we take the mask mandate down: We’re not even close to that yet.”

Because of this, a number of counties have opted to retain local mask-wearing rules. These include the Gallatin, Lewis and Clark, Butte and Missoula counties. The city of Whitefish joins the four counties who have elected to keep mask-wearing mandates in place at the local level.

Aside from Montana, other states have overturned mandatory mask-wearing orders instituted to curb the spread of COVID-19. Wisconsin is one such state that overturned a mask mandate ordered by its Democratic governor.

In January, the Wisconsin State Senate voted 18-13 to repeal a mask mandate put in place by Democrat Gov. Tony Evers. His order took effect in August 2020 and was set to expire in March 2021. The state legislature’s vote prematurely ended the mandate. GOP lawmakers in Wisconsin had been fighting Evers’ measure for a number of months, calling it an overreach of his powers.

State Sen. Steve Nass said the vote overturning Evers’ orders was “not about whether face masks are good or bad … [but] about repeatedly issuing emergency orders contrary to what the law allows.” Evers defended himself by saying that the ongoing pandemic justified new emergency declarations along the way. (Related: West Virginians reject Gov. Jim Justice’s “ultra-mandatory” mask mandate.)

More than 20 health groups, including the Wisconsin Medical Society, had lobbied against scrapping the mask-wearing order. They argued that masks were a necessity until such time that the COVID-19 vaccine is widely administered. Despite their lobby and two GOP lawmakers joining state Democrats in favor of mask mandates, the order was eventually overturned.

Just like in Montana, mask-wearing orders mask-wearing orders are still in place at the local level even though the statewide mandate is repealed. The Milwaukee and Dane counties have their own mask orders in effect, and so do several rural counties. Major cities in the state such as Green Bay, Beloit, Racine, Superior and Whitewater also have their own face mask mandates.

Meanwhile, Iowa Gov. Kim Reynolds lifted mask-wearing mandates in the state Feb. 5 alongside limits on the number of people in bars and restaurants. The Republican governor lifted the orders against federal advice and without consulting with public health experts. She later defended her decision to lift the mandates without public health input, saying that Iowans have no need of a government order to protect themselves from the Wuhan coronavirus.

Reynolds said during a news conference: “Iowans know what to do. We’ve been telling them for a year what they need to do. And they’re doing it.”

MedicalTyranny.com has more about mask-wearing mandates in different states amid the ongoing pandemic.