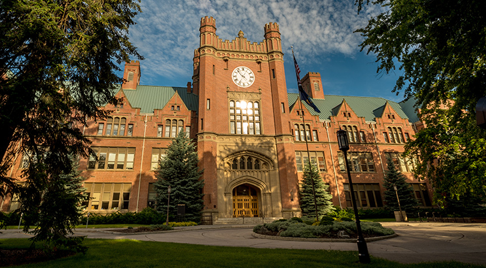 Idaho lawmakers have only one job each and every year: deciding how much money to take out of the economy to run whatever government program they decide to fund. Media distractions to the contrary, this is the job, and lawmakers aren’t very good at it. They’re focused on evading responsibility so they upset no one – or at least, none of their donors. So when public money is spent against Idahoans’ interests, lawmakers can claim plausible deniability and say they’re not responsible.

Case in point: Idahoans are deeply concerned that they’re the ones funding the instrument of our country’s demise. We are the ones on the hook because we’re paying taxes and fees to indoctrinate young minds at Idaho’s public colleges and universities. But chairmen of the House and Senate education committees didn’t bring up the issue when they met recently with the Legislature’s budget panel, JFAC.

The chairmen didn’t mention it to JFAC even though the problem of Marxist and socialist training at Boise State University and the University of Idaho is well-documented and has been talked about in all three committees.

You’d think that Rep. Lance Clow of Twin Falls and Sen. Steve Thayn of Emmett would have offered a recommendation to stop public dollars from being used to segregate students by race, gender, or sexual orientation. Or stop the use of public dollars to harass a pro-police coffee shop on BSU’s campus into closing. Or put a halt to Idaho’s colleges and universities supporting the openly-Marxist group Black Lives Matter. Or stop taxpayer support of the extreme leftists at National Public Radio via radio stations at Boise State and Idaho State University. But they did not even bring it up.

Only Rep. Ron Nate, R-Rexburg, a legislative budget writer, asked about it. And only he and Rep. Priscilla Giddings have expressed any interest at all in this topic. Giddings has a bill to split the university budgets so that each school gets voted on by their individual merits.

Clow sounded ambivalent when asked about the idea of defunding social justice training at BSU or the possibility of having separate votes on the budgets for each of Idaho’s four four-year schools.

That’s because Clow never bothered to ask his committee to weigh in and offer a formal recommendation, leaving the budget panel without a direction he knew the committee would support. Rather than shackle the social justice programs, Thayn said he’d rather the schools offer a class on how socialism has failed. But neither provided a clear direction, leaving legislative budget writers to conclude that they shouldn’t trouble themselves with such matters.

What’s happening here, ladies and gentlemen, is an effort to hide the ball. The legislators on JFAC, who write budgets, will contend that all they do is decide how to spend money; the policies that lead up to the money being spent is someone else’s problem. The education committee members will claim that all they do is set policy; JFAC is the one that decides budget questions. As long as no one talks about it, the media won’t write about it and their constituents will be none the wiser that it was within their power to stop it.

With neither the budget committee nor the education committees responsible for exercising oversight, and the schools continue to operate as they have been, churning out the next generation of anti-Americans right here in Idaho. In the words of 1980s musician Howard Jones: ”No one, no one ever is to blame.”

But Idahoans don’t have to accept these acts of willful complacency. Idaho can become the first state in the nation to defund the leftist indoctrination on college campuses. If we do that, the lessons learned in Idaho can be used as a roadmap for other states to follow suit to quite literally save our country from itself. All the Legislature has to do is act decisively.

The public is going to have to speak up to get lawmakers to act. I hope you’ll take a moment to call your legislators. Sign the petition at FixIdahoColleges.com. It’s time to tell your state legislators they have the power to stop the indoctrination of Idaho’s young adults, and this is the year to get it done.