Idaho Education is a Mess! 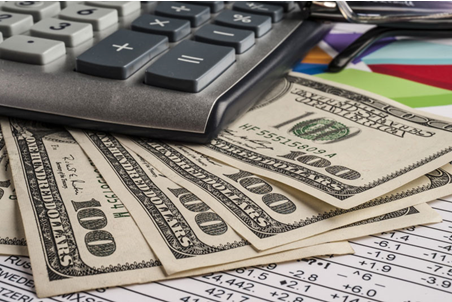 Idaho Education is a Mess!

The March 9th Supplemental Levy vote reminds us that Idaho education funding is a mess. Our three school districts are asking for a total of $34.5 million (Coeur d’Alene $20M, Lakeland $9.5M, and Post Falls $5M) per year for the next two years. This is in addition to the nearly $110 million annually provided through the state. Budgets are out of control because of skyrocketing administrative costs, the lack of merit based pay, well-meaning but unfunded mandates from Boise, providing translators for dozens of foreign languages, administrative staff that must be hired to write reports detailing why administrative staff costs are so high, and the list goes on.

The proposed solution to Idaho education’s fiscal problems is to keep throwing more money at them. Some justify this by claiming that Idaho is near the bottom nationally for funding per student. The full truth is that Idaho ranks 17th nationally in per student spending as a percentage of household income. The cost of living in Idaho is a lot lower than in New York, and so is the cost of education. Also true is that of the 100 highest paid Idaho state employees, 90 of them work in education administration.

On March 9th you are being asked to approve a levy tax on your property. A home in Coeur d’Alene with a $300,000 taxable value would pay about $436 per year to support the Levy.

Proponents claim these supplemental funds are a critical investment in our children’s’ future and without them vital services would be cut, class sizes would increase, and young teachers would be fired. Indeed, given the current conditions these things may happen, but they don’t have to happen.

Let’s examine this investment using the numbers given by the Coeur d’Alene School District #271.  SD271 services 11,000 students with 1,231 employees and a budget of $83 million. That’s $7,545 per student per year. Of that, the state provides about $5,800 per student and the balance comes from the Supplemental Levy.

For 11,000 students with an average class size 24 students you would need 460 teachers. The district has 1,231 employees, leaving 771 for administration and services. For every teacher there are about 2 “not-teacher” administrators, yet when cuts are mentioned, administrators put teachers first on the list.

The average teacher salary is about $45,000/year so it would take about $20.4 million to pay 460 teachers. For every dollar we spend on education, less than 25 cents goes to pay teacher’s salaries. If you could decrease the administrative costs by 10% you could increase teacher pay by 30% to $58,500 /year without any additional tax.

For perspective, the entire budget for Kootenai County is $102 million. This provides ALL government services to roughly 51,000 rural residents. Compare this to $83 million to educate 11,000 students for 9 months.
Can quality education “happen” without the supplemental levies? School choice proponents point to the Coeur d’Alene Charter Academy, the North Idaho STEM Charter Academy, Kootenai Bridge Academy, and the Kootenai Technical Education Campus (KTEC) as examples of getting more education for fewer dollars.

Charter academies operate ONLY on the state funding and receive zero funds from the supplemental levies. KTEC operates on $4,000 per student. Charters have much smaller bureaucracies, with one quarter the number of “not teachers” per teacher as public schools.
North Idaho STEM provides a world class education and was the only high school in the country to win a NASA Cubesat launch. Through sound fiscal management and community support, North Idaho STEM has been able to grow and self-fund new facilities without a single additional tax dollar.

Another advantage of Charter schools is that they pay teachers a competitive wage but do not suffer the additional costs the Idaho Education Association (union) imposes.

Supplemental Levy proponents argue that Charter schools do not provide additional services such as lunch, busing, and gender counseling. True, but meals amount to about $3 million and the buses are 85% financed by the state so the district only pays 15% of the cost plus fuel. The total is far short of the $20 million levy.

Budgets will always expand to slightly more than the available funds. School boards and administrators have allowed their budgets to grow 25% beyond the available state funding, effectively pushing the students onto the thin ice of supplemental levies. As these levies grow in size, the probability of falling through the ice increases. Our school boards and administrators have failed to plan for this inevitability.

The mechanism allowing this is the “It’s for the Children” argument, which is very effective because our communities want the best for the next generation. “It’s for the Children” is the mask that hides the reality of an overpriced and overgrown education bureaucracy.
If the school administrators and union officials were truly concerned “for the children” then the first cuts would be in the bloated bureaucracy, not to teachers and class sizes.
The long term solution is school choice. Competition invariably results in a better product at a lower cost.

In the near term we need school board trustees and administrators who will focus on quality and efficiency and are not just sycophants of the education union.

As Albert Einstein observed, “We cannot solve our problems with the same thinking we used when we created them.” 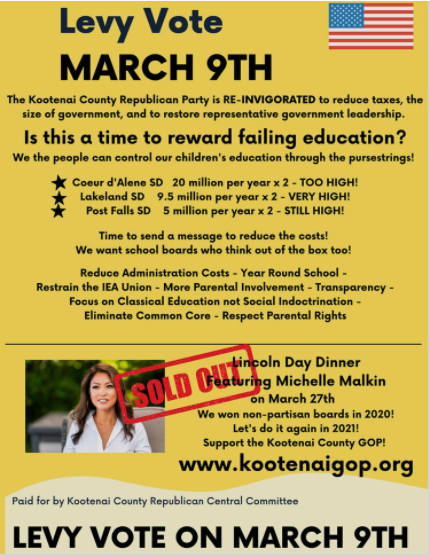