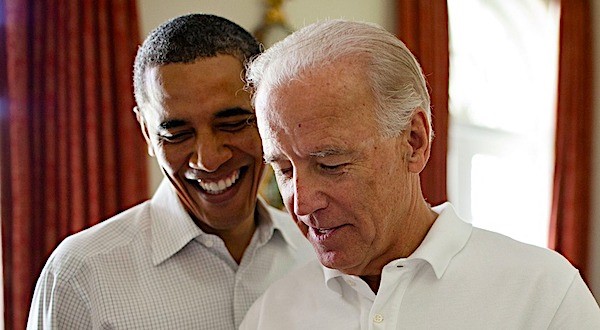 The Biden administration is resurrecting an effort the Obama-Biden administration dubbed Operation Choke Point, which used the banking industry to target businesses opposed by the political left, such as gun sellers and pawnshops, simply refusing them service.

In 2017 under President Trump, the Justice Department declared the program “formally over,” and at the end of Trump’s term, the Office of the Comptroller of the Currency established the Fair Access rule to solidify its demise.

But the program is back after the OCC announced it was pausing the Trump rule, The Federalist reported.

Under Operation Choke Point, federal regulators instructed banks to discriminate against entire industries the Obama administration found objectionable.  The Trump rule had put a stop to that, stating that banks “should conduct risk assessments of individual customers, rather than make broad-based decisions affecting whole categories or classes of customers, when providing access to services, capital, and credit.”

“Weaponizing the power of banking regulators at the Federal Deposit Insurance Corp. and the Office of Comptroller of the Currency, the Obama administration realized it could block entire industries from the banking system that it didn’t like,” wrote The Federalist’s Kelsey Bolar.

“This made it difficult — if not impossible — for politically unfavored businesses such as gun sellers and short-term lenders to operate,” she explained.

“Essentially, by using the power of federal banking regulators to intimidate banks from providing their services to these industries, the administration choked off their access to the financial system, leaving them paying more for essential banking services, or unable to use a bank at all.”

During the Obama administration, at least one bank admitted to choking off three legal enterprises at the government’s urging.

Will Biden use the banking industry to choke conservative businesses?

“Dozens of business owners — many of them gun sellers and short-term lenders — said their bank accounts and access to credit card processing platforms were suddenly stymied or shut down with no explanation and no opportunity for recourse,” Bolar wrote.

Operation Choke Point, she said, “bypasses public input and the legislative process, leaving politically unpopular individuals and businesses to fend for themselves.”

She said that by abusing the powers of federal regulators, Operation Choke Point 2.0 “would solidify what most right-of-center Americans already know: Instead of unity, Democrats want you choked from everyday life.”