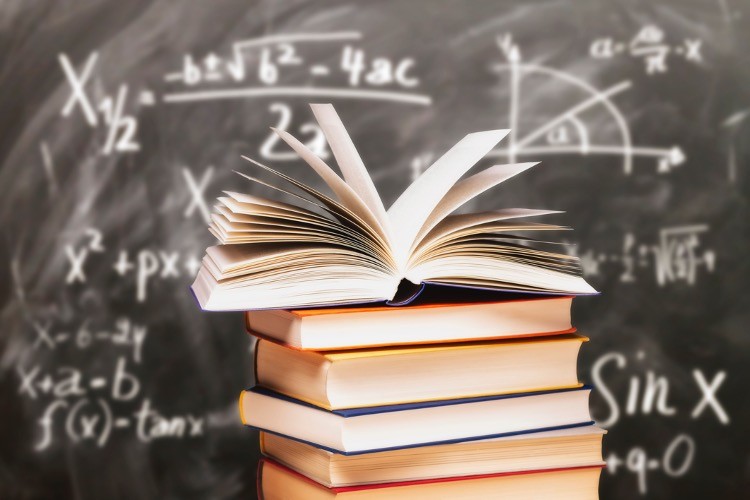 Parents will be grieving the little Einsteins who will never be if atrocious ideas, such as that mathematics “uphold capitalist, imperialist, and racist views,” continue to be embraced by educators and school administrators in America.

According to Nation and State, the Bill and Melinda Gates Foundation is at the forefront of funding new initiatives designed to root out racism in the sciences. The curriculum from the group A Pathway to Equitable Math Instruction states that “asking students to show their work and find the right answer is an inherently racist practice.” The Gates Foundation is listed as the organization’s sole donor.

Not surprisingly, Oregon is following California’s lead by pushing far-left ideologies and implementing radical curricula, aimed at both teachers and children. On February 5, the Oregon Department of Education (ODE) sent its math educators an invitation to participate in the California-based online Pathway to Math Equity Micro-Course. Launching February 25, the online course is a creation of the San Mateo (California) County Office of Education, the San Mateo County Community College District, and the California Partnership for Math and Science Education, among other groups. This “virtual micro-course for professionals looking for a deeper dive into equity work” will teach educators the “key tools for engagement to develop strategies to improve equitable outcomes for Black, Latinx, and multilingual students.”

Under the pretense of advancing equity and inclusivity, the course is tailored exclusively to children of specific ethnicities. It is steeped in academic jargon intended to confuse parents and educators so they may not question the enormity of the changes to standard math curriculum.

The course A Pathway to Equitable Math Instruction furthermore embraces principles of critical race theory developed by academics who believe that “critical praxis in the classroom involves a continuous, self-reflective cycle between theory and action.” The toolkit features “5 Strides on the Path to Math Equity”: Dismantling Racism in Mathematics Instruction; Fostering Deep Understanding; Creating Conditions to Thrive; Connecting Critical Intersections; and Sustaining Equitable Practices. These “strides” ensure that educators will be able “to navigate the individual and collective journey from equity to antiracism.”

The framework also teaches that white supremacy culture in mathematics shows up in classrooms when there is:

Earlier this month, The New American reported on the Illinois State Board of Education’s approval of Culturally Responsive Teaching and Leading Standards. On February 17, the state Joint Committee on Administrative Rules ratified the standards that are scheduled to replace current teacher-training guidelines in 2025. The criteria states that “culturally responsive” educators must “critically think about the institutions in which they find themselves, working to reform these institutions whenever and wherever necessary.” In other words, educators will become “responsive” not to the “three Rs” but to a host of highly politically charged issues, teaching leftist dogma such as the idea that widespread, systemic racial and gender discrimination exist and are the result of long-enduring systems of societal and cultural oppression.

Unfortunately, Republican opposition wasn’t great enough to sway the vote in the direction of maintaining curriculum not focused on race and gender. Amanda Elliott, executive director of legislative affairs for the Illinois state board, attempted to soften the impact of the overtly radical, progressive requirements by asserting that “the rules are for educator preparation programs, not aimed at school districts…. And it’s not about the personally-held beliefs or values of teachers that may be in the classroom, but making sure that they are welcoming to all students.” However, those wishing to teach in Illinois who disagree with the ideology of these standards will not be certified. Such drastic measures inevitably guarantee a compliant workforce of educators and staff programmed to teach leftist thinking.

As posted by the Tatum Report, at the East Side Community School in Manhattan, the principal has asked parents to “reflect” on their “whiteness.” The school has distributed to parents and teachers literature that extols “white traitors’’ who “dismantle institutions.” A schedule of “The 8 White Identities” implemented by the school ranges from “White Supremacist’’ to “White Abolitionist.” 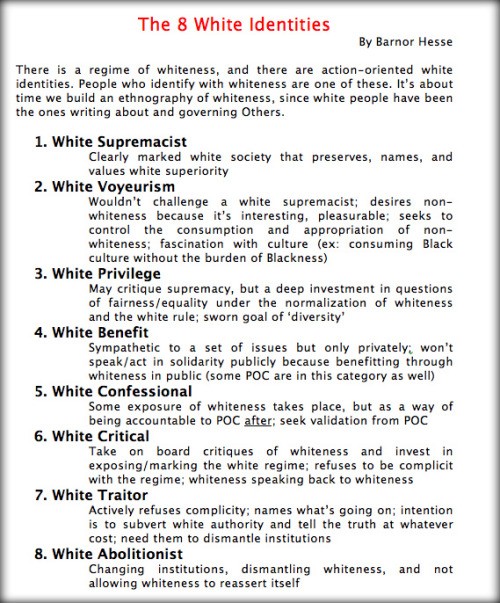 Former New York Times journalist Bari Weiss is among the brave souls pushing back on these indoctrination mills. Weiss is investigating “woke” practices in America’s schools, such as “Spirit Murder,” Neo-Segregation, and Science Denial. Remarkably, most parents remain largely clueless about these concepts owing to the difficulty in deciphering the complexity of the parlance of critical race theory.

High-ranking education officials, such as President Biden’s Deputy Secretary of Education Cindy Marten, have endorsed the idea that schools commit “spirit murder” of black children and that white teachers should undergo “antiracist therapy.”

To stop the Left’s accelerated agenda to upend academics completely in America, parents must pursue the truth and discover what their children are being taught in both public and private schools. They will be appalled and should act quickly to remove their children from these classrooms.

Annalisa Pesek is a writer and editor. She lives in the Seattle area.