The Passing of Rush Limbaugh 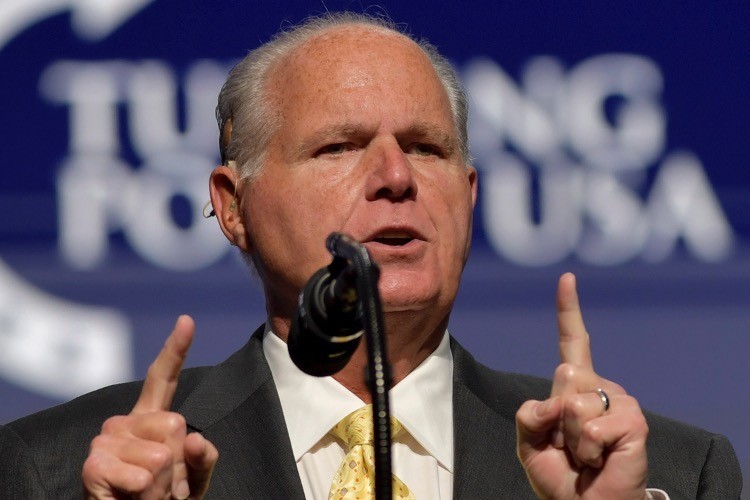 The Passing of Rush Limbaugh

Radio legend and conservative commentator Rush Hudson Limbaugh III has died today at age 70, ending an era of broadcasting in which he revolutionized the talk-radio industry. He had suffered from lung cancer, first announcing his condition last February. His wife, Kathryn, announced his passing on today’s Limbaugh show — he had been off the program for the past two weeks.

I first recall hearing Rush in 1989 while driving on the freeway in Oklahoma City. At first, I thought he was a local radio talk-show host, and was impressed that KTOK Radio had been able to obtain such an entertaining personality. His show was marked by humor, usually missing from most hosts. Accompanied by martial music, Limbaugh was ridiculing the adoration being afforded Soviet Communist ruler Mikhail Gorbachev. It was refreshing to me, as I was sickened by how much of American media praised Gorbachev like he was a cross between Thomas Jefferson and Billy Graham, or even Mother Teresa.

Humor was an integral part of Rush’s show. While often ridiculous, he remarked he used humor to illustrate the absurdity of the Left by being absurd. Years ago, when the transgender movement was still in its infancy, he did a bit about being a “male lesbian,” who needed women to come forward and help him with his unique situation.

His humorous efforts were in stark contrast to liberals, who are usually humorless. His mock bravado irritated the Left and amused his fans, such as his oft-repeated message that he would have “half my brain tied behind my back just to make it fair” in his verbal jousts with liberals.

One of the most memorable aspects of his programs were his “parody” songs, performed by Paul Shanklin, such as his remarks on Bill Clinton via the song, “All your money, I will tax from you,” sung to the tune of the Beatles’ song, “All My Lovin’.” One of my favorites was his criticism of Senator John McCain and his neoconservative interventionist foreign policy with a song set to the music of the Beach Boys’ “Barbara Ann,” in which Shanklin sang, “Bomb Bomb Bomb, Bomb Bomb Iran!”

It all had a point. Rather than present conservatism in dry, and often pessimistic, tones, Limbaugh used various types of humor to make a point. For example, I remember well the time that he spent several minutes discussing the “radical environmentalist wackos,” as he called them, and their concern about the Spotted Owl losing its “habitat.” Finally, he concluded the discussion with, “At the end of the day, if the Spotted Owl can’t make it, screw it!”

Following the 1992 election, in which Bill Clinton had won the presidency, former President Ronald Reagan wrote Rush. “I know the liberals call you the most dangerous man in America, but don’t worry about it, they used to say the same things about me. Keep up the good work. America needs to hear ‘the way things ought to be,’” a play on Limbaugh’s book by the same title.

It was Reagan’s push, through the Federal Communications Commission, to repeal the Fairness Doctrine (which required equal and free time be given on a radio program if the host or a guest on the program criticized someone) that made Rush Limbaugh possible. Because few or no radio stations could afford to be giving away free time to everyone who did not like what a radio host had to say about them, they just avoided politics and public affairs. Instead, AM Radio was reduced to gardening and home-improvement shows (music was going to FM). But after the repeal of the Fairness Doctrine, Rush Limbaugh’s show went national and he became not only successful, but an integral part of the culture.

In addition writing to popular books for adults, in recent years Limbaugh had turned to children’s books about American history — the Rush Revere series — in which he attempted to give a more patriotic (and accurate) version of American history than kids are likely to receive in school.

The success of his show predictably spawned several imitators, such as Sean Hannity, none of which were as successful as Rush Limbaugh’s show.

Speaking to the Conservative Political Action Conference (CPAC) in 2009, Rush demonstrated that he could be quite serious, as well. Explaining “who we conservatives are,” Rush said, “We love people. We see human beings. We don’t see groups. We don’t see victims.”

He added, “We believe that a person can be the best he or she wants to be if certain things are just removed from their path like onerous taxes, regulations, and too much government. We want this to be the greatest country it can be, but we do understand, as people created and endowed by our Creator, we’re all individuals.”

One complaint that some conservatives have made about Limbaugh is that he avoided certain topics, such as the globalist push for world government. But in recent years — especially during the Trump years and in the last year of his life — he turned increasingly to warn Americans about the push for one-world government from the globalists.

No man is perfect, but Limbaugh certainly made his mark on the world during his 70 years on the earth. In 2020, President Donald Trump awarded Rush the Presidential Medal of Freedom during the State of the Union address. “Here tonight is a special man, someone beloved by millions of Americans,” President Trump said. “He is the greatest fighter and winner that you will ever meet.”

May he rest in peace.