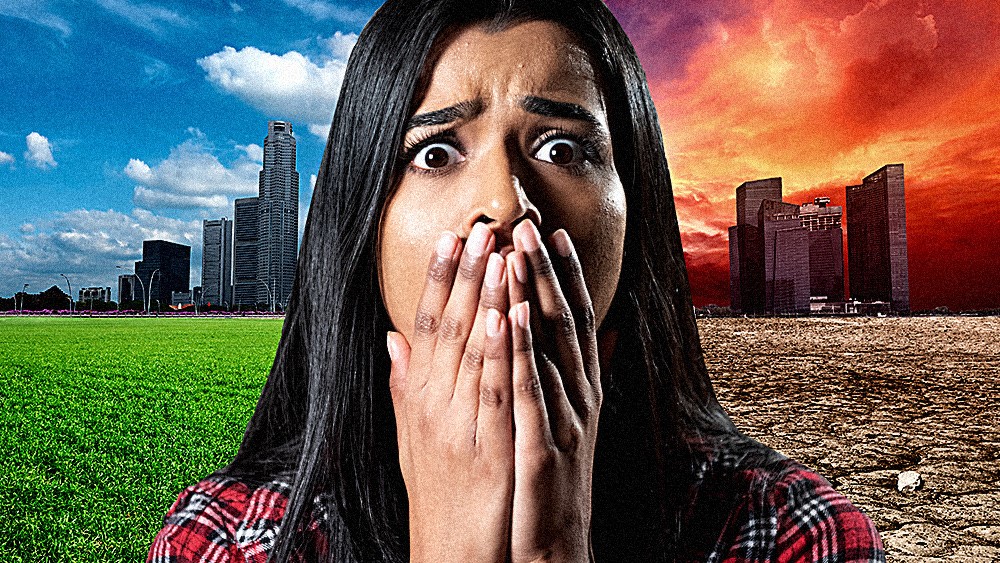 If you’ve enjoyed the last 10 months of foolish, science-denying lockdowns and mask mandates, the widespread destruction of businesses and economies, and the government telling you what jobs are “essential” and how you are to conduct yourself in your own home, then you must absolutely love the Democrats’ climate agenda.

For decades, the climate cultists from the “New Religion of First World Elites” have attempted to use fear — the destruction of the planet — and a fake cause — saving the planet — to convince Americans to vote for Democrats and enact the perverse science-denying climate agenda of the modern left.  For a primer on how this would work, look no farther than 2020.

In spite of the fact that most of these measures were unproven and unnecessary — time again has proven this true — the Democrats persisted because “orange man bad.”  They also persisted because, to paraphrase David Horowitz, inside every leftist is a totalitarian screaming to get out. Because of their lust for political power — because they have made a god of government — leftists are always looking for the next problem that their government elites (supposedly) alone can “solve.”  Again, the Wuhan virus provided an excellent opportunity for this.

If you can convince people that they’re going to die if they don’t do as you say, those in power hold great sway.  As C.S. Lewis cautioned lovers of liberty in the mid-twentieth century, “a hungry man thinks about food, not freedom.”  Today, a corollary to this would be “a man living in a pandemic thinks about remaining healthy and alive, not about his liberties.”

Whether a virus “emergency” or a climate “crisis,” in an attempt to justify their totalitarian agenda, leftists the world over tell us we must heed their so-called “experts” along with their computer models.  Most often, the main role for these “experts” is to give Big Government, which is already too willing to encroach on our lives, even more of a reason for doing so.  This is especially true in times of crisis, whether the crisis is real or manufactured.

Sadly, as 2020 well demonstrated, in such times, many of us are far too eager to become what Lewis called in 1958 “Willing Slaves of the Welfare State.”  Typically, in order for any oligarchy to rise and rule effectively, it needs some “extreme peril,” something to cure, some desperate need that the rulers promise to fulfill.  As Lewis asked, is this not “the ideal opportunity for enslavement?”

When a generation lives in fear or dread of some looming crisis or when a society is made to believe that someone else can provide the things that it supposedly cannot live without, is this not the opportunity for those who seek to rule over us to be seen as liberators rather than the totalitarian tyrants they are?

Today’s totalitarian left is devoted to scientism, and their government can well be described as a technocracy.  Thus, when the American left is in power, the motto of the technocrats prevails: “only science can save us now” or “science is the way out.”  Whether it is a global pandemic; global warming — excuse me, “climate change” — stem cell research; the beginning of life; health care; crime; homosexuality and marriage; or even gun control, racism, or economic policies, the technocrats claim to have the answers.

Scientism almost always leads to a technocracy.  “I dread government in the name of science,” said Lewis.  “That is how tyrannies come in.”  What a profound conclusion!  How many of us have been duped in the name of “science”?  How many of us cower and yield — or “shelter at home” — because, well, if the “scientists” (and then the politicians) tell us to do so, then we must do so?

Sadly, too many of us then grow accustomed to our chains.  We become children, or pupils of the State (like “Julia“).  We continue to elect leaders who perpetuate the cycle of the “welfare state,” based significantly on the lies of scientism.  Like their agenda to fight the Wuhan virus, the left’s climate agenda reeks of scientism and technocracy.

There is hardly a cause in the universe that has gotten more wrong than the climate cultists who, for decades, have proffered a wide array of climate catastrophes that require immediate, or near-immediate, actions.  Time and again these doomsday scenarios have been proven wrong.  These climate cultists have long relied on the deceptive use of data to push their totalitarian agenda.  Daily it seems we are subjected to “another global warming fraud.”  I suppose everybody needs an Apocalypse — especially totalitarians lusting for power.

Climate science has become such a joke that the “faithful” for years now have been led by a child.  However, their dangerous and destructive climate policies are no joke.  Leftists have shown us what they will do when governing in a “crisis.”  I fear that lockdowns and mask mandates will pale in comparison to what will be called for if the American left’s climate agenda gets the force of U.S. law.  We’ve seen how many businesses the left can destroy in the name of controlling a virus; imagine the destruction it can wreak if it controls America’s energy policy.

From climatealarmism.news republished from AmericanThinker.com