Will a Biden reality czar preside over Orwell’s Ministry of Truth? 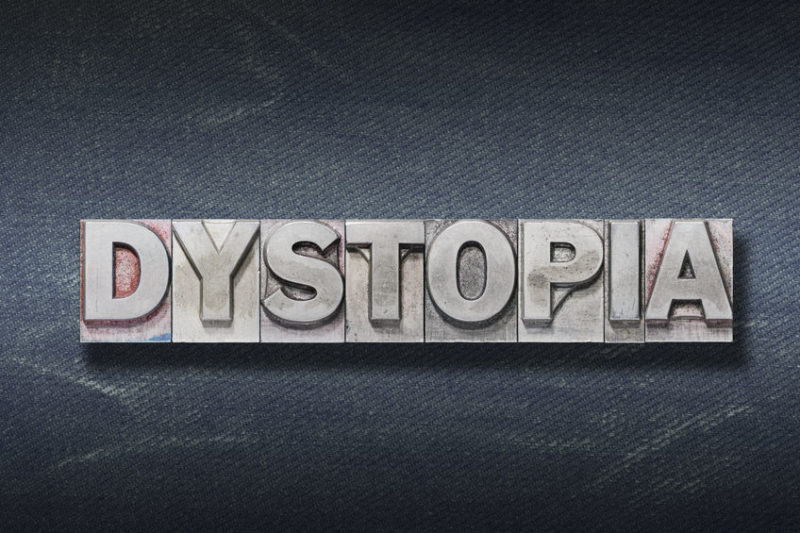 Will a Biden reality czar preside over Orwell’s Ministry of Truth?

As with the other three, the Ministry of Truth (or “Minitrue”) is a misnomer because it served the opposite purpose, a responsibility to shape the “truth” as ordained by official “Big Brother” doctrine.

Housed in an enormous glistening white pyramidal structure amid a landscape of sagging houses and rubble, Minitrue’s outside wall was emblazoned with three Big Brother Party slogans: “WAR IS PEACE,” “FREEDOM IS SLAVERY,” and “IGNORANCE IS STRENGTH.”

Minitrue’s central mission was to manufacture lies to ensure that Big Brother and his government’s policies and actions were always seen to be correct and in the best public interest. Primary influence targets and collaborators involved the news media, entertainment and educational book publishers.

The agency accomplished its propaganda purposes by administering a new language throughout the populace called “newspeak” which allowed unauthorized facts to be changed as special situations warranted through a process of “doublethink.”

Within the novel, Orwell elaborates that the reason for Minitrue’s existence is to maintain the illusion that the Party is absolute … to never show weakness. To maintain power, Big Brother must always be seen as eternally right and strong.

Keeping the population confused about who is at war with whom and the true reality of things causes them to become involved in nothing, and therefore, no threat to the power structure.

But, of course, nothing like that would ever happen in the “real world;” not in America.

New York Times technology columnist Kevin Rose wrote that several experts he spoke with had recommended that the Biden administration “put together a cross-agency task force to tackle disinformation and domestic extremism, which would be led by something like a ‘reality czar.”‘

In his article, “How the Biden Administration Can Help Solve Our Reality Crisis,” Mr. Rose pointed out that the “muddled, chaotic information ecosystem that produces these misguided beliefs” not only jeopardize a “lofty ideal of unity,” but also “creates more work for those trying to solve [the disuniting problems].”

Kevin Rose worries that “unless the Biden administration treats conspiracy theories and disinformation as the urgent threats they are, our parallel universes will only drift further apart, and the potential for violent unrest and civic dysfunction will only grow.”

Not mentioned, was that attorneys general of 18 states had joined a Texas lawsuit petitioning the U.S. Supreme Court to review compelling evidence of widespread election abuse in four key battleground states explicitly listing sufficient fraud and irregularities to have changed the results in each favoring Trump.

Joan Donovan, the research director of Harvard University’s Shorenstein Center on Media, Politics and Public Policy, suggested that the Biden administration could set up a “truth commission,” similar to the 9/11 Commission, to investigate the planning and execution of the Capitol siege on Jan. 6.

“My fear,” Donovan said, “is that we will get distracted as a society and focus too much on giving voice to the fringe groups that came out in droves for Trump.”

Perhaps a doublethink commission might also expand their venue of investigations to address the “fringe groups” that came out in droves to loot, vandalize and burn countless public and private properties during the past “summer of love.”

New York University’s Stern Center for Business and Human Rights released a brief that is being amplified in the press titled, “False Accusation: The Unfounded Claim that Social Media Companies Censor Conservatives.” It argues that “some conservatives believe their content is suppressed on partisan grounds when, in fact, it’s being singled out because it violates neutral platform rules.”

By “neutral platform rules,” do you suppose they are referring to Orwellian newspeak Twitter and Facebook suppression of a New York Post story about possible Biden family influence peddling and other potential criminal acts discovered on son Hunter’s laptop from hell during the run-up to the 2020 election campaign?

Were Obama-Biden Ministry of Truth’s memory hole incinerators ablaze when correspondence on the laptop revealed a proposed 10% equity cut for his dad, “the big guy” (a Big Brother, maybe) on a deal with a Chinese company with broadly known Communist government and military ties when Joe was vice president?

Or were neutral, objective mainstream media anywhere to be seen reporting why less than two weeks after accompanying his father on an official 2013 visit to China aboard Air Force Two, Hunter inked a $1.5 billion investment deal with the Communist state-owned Bank of China on behalf of a private equity firm he had established in 2009 with Christopher Heinz, the stepson of former Secretary of State John Kerry?

Can you imagine a more illustrious example of doublethink than impeaching President Trump for a telephone conversation with Ukraine President Volodymyr Zelensky about a $1 billion extortion bribe then-Vice President Joe Biden publicly bragged about in return for having a prosecutor fired who was investigating notorious corruption in a company where Hunter was being paid as a no-show board member?

On that subject of neutrality, what about fair and open reporting by our own government?

Like, for example, when 30,000 of Hillary Clinton’s emails – many containing classified information – went down the Obama-Biden administration’s memory hole?

That was occurring when the administration’s spying on the 2016 Trump campaign prior to inauguration soon developed into a major post-election deep state effort to undermine and terminate his presidency … a time when Vice President Biden reportedly suggested justifying investigations of incoming Trump Security Adviser Lt. General Michael Flynn based upon the obscure 1799 Logan Act.

All of this was premised upon a bogus “dirty dossier” sponsored and funded by the Clinton campaign through which the DOJ and FBI obtained Foreign Intelligence Surveillance Act (FISA) court warrants falsely alleging evidence of “Russian collusion.”

And wasn’t a Durham investigation report originally scheduled for release before the election that would reveal how that deep state FISA court disinformation campaign came about – and who planned it?

Maybe a Biden Ministry of Truth Reality Czar can provide some perfectly good doublethink newspeak answers we will all compliantly agree with in the interest of achieving Oceana-model unity?