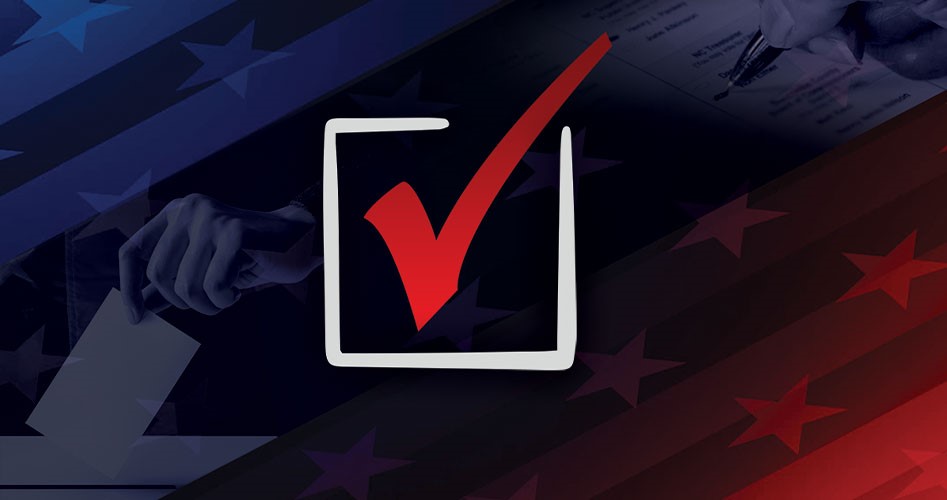 No matter who one thinks won the 2020 presidential election, the widespread vote fraud — such as dead people and minors voting — makes plain that new voting procedures are needed.

Traditional American elections — those from the mid-1800s until the mid-1900s — were among the most trusted elections in the world. This was in no small way due to the fact that America’s elections were open to the public. At that time, every aspect of American elections, except the marking of the voters’ secret ballots (where secret ballots were used), was open to the public. There was no need to apply ahead of time to ask for permission to be an election observer. Any member of the public was welcome to walk in during any phase and observe the process. The only requirement was that the person observing was not allowed to be disruptive.

In the 2020 election, credible witnesses have come forward and even signed affidavits for attorneys such as Rudy Giuliani and Sidney Powell saying that election observers were refused access to witness vote counts and other processing of absentee ballots; that they saw some absentee ballots that had never been folded (which casts doubt that they were ever placed into envelopes as absentee ballots should be); that electronic voting machines changed voters’ selections; that ballots were cast using the names of people known to have moved to other states; that observers were told to leave the building because of a water leak and then some of the election workers stayed behind, with surveillance videos capturing what appeared to be those election workers processing ballots that came from under a table; that there were sudden unaccountable spikes of vote totals for Biden; and other problems.

Many allegations will never be proved or disproved by judicial proceedings because the lawsuits and accompanying affidavits were disregarded by courts, not based on merit but on “standing” — basically having the right to sue. The U.S. Supreme Court stood aside and declined to hear the case of Texas v. Pennsylvania, et al., which documented “voting irregularities that resulted from Defendant states’ unconstitutional actions” — not just in the case of Pennsylvania but in three of the other contested states as well.

Whether or not one believes the claims of fraud, the fact that the system is so ill-designed that such accusations can be credibly made indicates the system needs to be changed. Otherwise, almost assuredly America will see a situation where those who feel cheated might stop voting or perhaps even act aggressively based on frustration and rage.

America’s election laws, and consequently America’s elections, have gone a long way downhill, especially in the last 50 to 100 years. It’s time to turn it around and restore traditional American election integrity.

Specific Changes in Election Laws and Procedures That Are Needed

One way to limit electronic manipulation is through moving to paper ballots. In many voter precincts, voting is done on electronic screens and the vote is recorded electronically. In such places, it is virtually impossible to tell if fraud occurs. Paper ballots not only allow for accurate vote counts, they leave a paper trail to recheck votes.

Not only do large voting centers often use optical scan vote-counting machines, which can be rigged to favor one candidate over another, but the fact that the ballots have to be transported to the central counting location provides plenty of opportunity en route to add fake ballots for one candidate or another, throw out ballots, or alter ballots. As well, at a large counting center, a small staff trained to commit fraud could repeatedly be used, limiting the likelihood of getting caught cheating. On the other hand, counting ballots at the precinct level would require a much greater number of conspirators to commit widespread fraud.

Absent large counting centers, local precincts could hand-count paper ballots in an hour or two if enough pairs of vote counters (usually one Democrat and one Republican) are brought in to count ballots after the polls close. The vote counting must start promptly after the polls close and not be interrupted. No slow counts or delayed counts should be allowed.

This type of law should be enacted at the state level, but where necessary a federal law could be narrowly applied, and it would be constitutional. To require states to reinstate voting in precincts for U.S. House and U.S. Senate elections in places that have abandoned precincts in favor of all-mail balloting, Article I, Section 4 of the U.S. Constitution should be used, which says:

The times, places and manner of holding elections, for Senators and Representatives, shall be prescribed in each State by the legislature thereof, but the Congress may at anytime by law make or alter such regulations, except as to the places for choosing Senators.

This may seem at first to grant carte blanche authority to the federal government to run elections, but as Alexander Hamilton explained in The Federalist Papers, No. 59: If “an article had been introduced into the Constitution empowering the United States to regulate the elections for the particular States, would any man have hesitated to condemn it, both as an unwarrantable transposition of power and as a premeditated engine for the destruction of the State governments?”

As well, if fraud is found, candidates should be able to ask for a larger audit.

Extensive monitoring is self-evidently a must: In the current election cycle, even video showing that election officials in Fulton County Georgia kicked out election observers and Republicans (saying there was a water leak in the building) and then took out and counted ballots that were previously obscured beneath tables was dubbed inconclusive of fraud — though there is no reason other than to commit fraud to do what apparently took place.

Hand in hand with this would be abolishing the relatively new and oft-used practice of using encryption to keep precinct results secret, supposedly as a strategy to protect precinct results from tampering. Public disclosure and public access are the best way to prevent tampering with election results.

Moreover, spoiled-ballot totals should be published, and spoiled ballots should be made available for citizens to inspect for at least six months after the election.

In many states, under the present system, there is virtually no way to discern who voted via absentee ballot and who didn’t, and even if a ballot seems to make it through the mail stream unscathed, there is no way of knowing whether the vote was altered along the way. Supposedly, signatures were checked to see if a ballot was proper, but many reports indicate that signatures were ignored out of hand by ballot checkers. (Likewise, many people believe fingerprint verification would solve identity issues, but once fingerprints are uploaded into a computer system, it would be only too easy to alter the system to retrieve the fingerprints in order for others to have use of them or to have the machine simply ignore the fingerprints.) Even certified mail won’t work to stop the problem, because certified mail only assures that a ballot reaches the correct destination, not that the ballot wasn’t altered on the return.

Ballots should be treated like physical evidence in court cases: They should be accounted for at all times. Those who remember the O.J. Simpson murder trial remember that his defense lawyers were able to have blood evidence (O.J.’s bloody trail) deemed tainted because an absolute chain of custody of a blood sample from O.J. was broken — the defense claimed the police used O.J.’s blood sample to frame him despite no proof of such a claim. Most absentee ballots should be delivered directly to a voting place by a trusted proxy on election day — a proxy who should both sign for the ballot when picking it up and sign it into the voting station — greatly eliminating the ability to add fake ballots to the count. (States should require that absentee ballots arrive by election day and be delivered to the precincts to be counted in public on election day.) Moreover, the ballot envelope should contain adequate safeguards against fraud, such as photographic and signature proof of identification put inside by the voter and a seal against tampering. Also, the number of absentee ballots one can submit as a proxy should be severely limited. In the case of military ballots from overseas, ballots should be transferred in tamper-proof bags to their intended destinations, and soldiers should be able to track their ballots through a commercial shipping system to their intended destination, where the ballots should be signed in and stored unopened under video surveillance.

Internet voting and alternative forms of electronic voting, such as voting via telephone should also be abolished.

Opponents to such a suggestion will be quick to claim that poor people and those without proper IDs would be disenfranchised by such a system, but if the opportunity for fraud is allowed to happen, not only is it likely that the votes of millions of Americans would be rendered null and void by fraud (which is also voter disenfranchisement — at a greater scale), voting precincts are intended to be relatively small to make access possible — and the federal government already essentially requires that poor people have official IDs so that they can do such things as apply for Medicare and Medicaid or get certain medications at pharmacies.

Too, after an election, all ballots that were printed should be accounted for — including absentee ballots and those ballots that were not used in the election. This is to ensure that ballots are not simply handed out illegally or filled in illegally and then added to the vote-count process.

Most election fraud is committed by election insiders, not by outside hackers.

• Congress should repeal Motor Voter and HAVA (Help America Vote Act of 2002): The Motor Voter law is an unconstitutional law that has done much harm to America’s voter-registration databases. In addition to registering voters without verifying citizenship, it also restricts the states’ ability to accomplish voter registration clean-ups.

HAVA has the dubious distinction of being the law that forced the states to buy voting equipment that in many cases didn’t have a voter-verified paper trail. HAVA also created the Election Assistance Commission (EAC), and neither the EAC nor the Federal Election Commission did much to prevent or clear up 2020 presidential election controversies.

The problems encountered in the 2020 general elections have awakened the awareness of the public regarding election integrity. The good news is that solutions to our electoral problems are to be found not in expensive new technologies that can’t be monitored by the public, but rather in restoring the use of tried and true methods of the past and providing additional ability to monitor election proceedings. Not only would the changes restore election integrity, but they would probably also cost considerably less than new technologies, especially once they are in place for a few election cycles.

The reforms listed above should serve well as a litmus test to evaluate whether an election-integrity plan is one that will improve election integrity. In the end, it should be asked, “Does a proposed election change transfer power from the voters to those who run the elections, or will it help return the power of the ballot box back to the voters, where it belongs?” The future of our Republic depends on accurate, honest, and open elections.