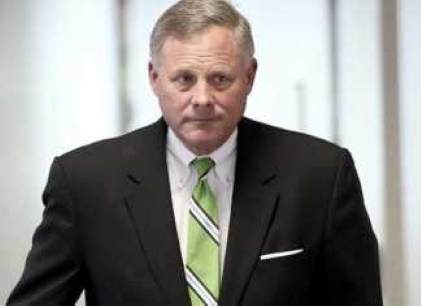 Seven Republicans voted with Democrats to convict Donald Trump of inciting an insurrection on Saturday. Only one of the Republicans is up for election and one Republican knows he violated the Constitution with his vote.

Liberal Republican Lisa Murkowski will be coming up for re-election and doesn’t much care that the voters could punish her for her vote.

“If I can’t say what I believe that our president should stand for, then why should I ask Alaskans to stand with me?” said Sen. Lisa Murkowski (R-Alaska) in a lengthy interview after she joined six other Republicans to convict Trump. “This was consequential on many levels, but I cannot allow the significance of my vote, to be devalued by whether or not I feel that this is helpful for my political ambitions.”

Trump won Alaska by 10 points in 2020, and voters could cancel her. She is not really a Republican nor is Susan Collins, who voted to convict and will be cheered back home for her vote. Ben Sasse, Mitt Romney, Pat Toomey, who also voted to convict, won’t be penalized by the voters.

BURR DIDN’T CARE THAT HE VIOLATED THE CONSTITUTION

Burr released a statement following his vote in which he admits that he believes he violated the Constitution. That sounds pretty lawless.

“When this process started, I believed that it was unconstitutional to impeach a president who was no longer in office. I still believe that to be the case. However, the Senate is an institution based on precedent, and given that the majority in the Senate voted to proceed with this trial, the question of constitutionality is now established precedent,” Burr’s statement said.

He added, “as an impartial juror, my role is now to determine whether House managers have sufficiently made the case for the article of impeachment against President Trump. I have listened to the arguments presented by both sides and considered the facts. The facts are clear.”

“As I said on January 6th, the President bears responsibility for these tragic events. The evidence is compelling that President Trump is guilty of inciting an insurrection against a coequal branch of government and that the charge rises to the level of high Crimes and Misdemeanors. Therefore, I have voted to convict,” Burr’s statement continued. “I do not make this decision lightly, but I believe it is necessary.

“By what he did and by what he did not do, President Trump violated his oath of office to preserve, protect, and defend the Constitution of the United States.”

If it’s unconstitutional, how could he vote to do it?

Burr also voted not to allow witnesses to provide testimony on Saturday.