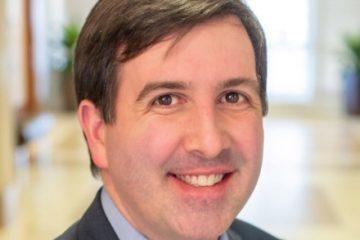 Another doctor has died shortly after getting his second dose of Big Pharma’s experimental, unapproved, unsafe and ineffective COVID jab.  The 37-year-old surgeon from Memphis, Tennessee died after receiving the second shot of a COVID injection.

A Mid-South doctor has died of a COVID-related illness. However, he never knew he had the virus and he’d been vaccinated.

Dr. J Barton Williams, called a student of medicine and science, went from doctor to patient when he fell ill weeks ago. Dr. Stephen Threlkeld helped treat him at Baptist Hospital.

Threlkeld says the disease quickly went from diagnosis to death.

“It was matter of days,” Threlkeld said. “Just a tragedy.”

“The immune system attacks the body in many ways and causes multi-organ system failure,” Threlkeld said. “It affects the heart, the gastrointestinal tract and other places.”

Threlkeld says Williams tested positive for COVID antibodies, meaning he had COVID at one time, but he never knew it. And he had gotten his second COVID vaccine just weeks before his death.

After rumors that the vaccine contributed to his death, Williams’s family allowed those who treated him to do the unprecedented: speak out about his condition.

Yes, they have to say this even though that virus has never been isolated, and the American Center for Disease Control and the Chinese CDC have both said so.  It’s never passed Koch’s Postulates so this is ridiculous.  Think for a moment, isn’t a vaccine supposed to deal with said virus?  Why, yes it is. This is why they put out the propaganda that it’s safe and effective, but a multitude of doctors, nurses and health professionals have warned that these injections are neither safe nor effective.

Now, others in the medical field are simply trying to cover over what should be apparent to any logically thinking person and that is that someone is healthy, gets the vaccine and dies.  It doesn’t take a rocket scientist to come to the conclusion that the vaccine, more than likely, had something to do with their death and tacking on the claim that the unproven COVID has something to do with the death, not the vaccine.

“The family has been incredibly generous and courageous in allowing the details of his case to be put out there for those of us who took care of him, just to try and make sure the facts were out there true,” Threlkeld said.

They want to dispel rumors this was a new variant of COVID. Threlkeld says they never found an active virus in Williams body.

“It does seem to be in every case we have seen so far to be related to the virus itself,” Threlked said. “It’s a post-viral, sometimes a few weeks later, a post-viral effect. Not during the first part of it.”

We asked if the vaccine could not be a protector against this because Williams had already been predisposed to the COVID virus.

“It’s a very important question. All preliminary,” Threlkeld said. “We are working with the CDC to see how vaccines can play in all directions. We don’t have any data to suggest the vaccine has any affect in either direction.”

No data, but the guy was just fine before he took it.  OK, call me crazy, simple-minded or whatever, but I’m going to go with my gut, and stay away from these experimental, unproven injections for unproven viruses – and I’m going to warn others about them too.

Of course, Threlkeld had to throw in the obvious vaccine propaganda just like others have done with other medical professionals who have also died after their COVID jab.

Right, I’m sure Threlkeld would know what the dead 37-year-old doctor would say after he just died after getting the jab.  I’m not buying it one bit.

The doctor’s death is still to be determined pending an autopsy, but rest assured, the unproven COVID will be at the forefront.

Published with Permission of SonsofLibertyMedia.com