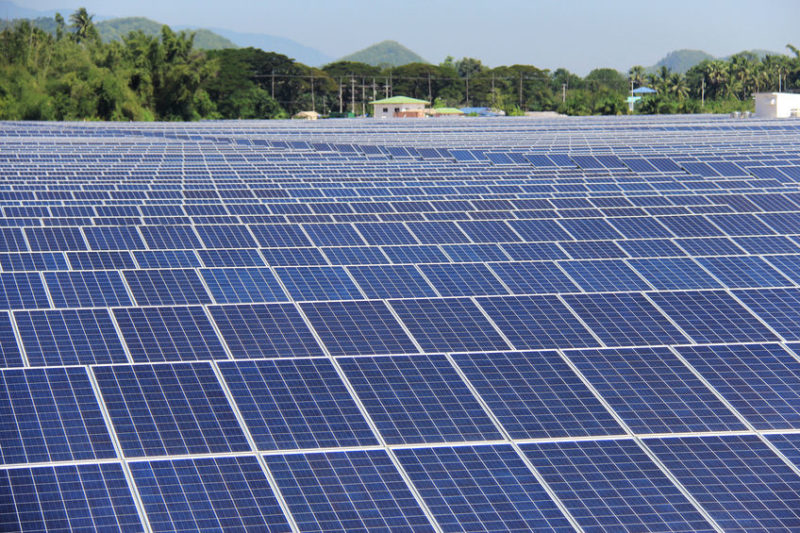 Al Gore once famously said that addressing the “climate crisis” would require a “wrenching transformation of society.”

He was right. Wrenching it will be.

The transition from fossil fuels to renewable energy is in full swing under the Biden administration. Oil, gas, and coal are out; wind and solar are in. People will notice the difference, and many are not going to like what they see.

Klickitat County lies in south central Washington along the border with Oregon. The county’s 22,500 residents inhabit a rural area of lush farmlands offering a spectacular view of the majestic Cascade Mountains to the west. But an invader is determined to turn this world upside down, and that invader is Big Solar.

With taxpayer subsidies, Wall Street money, and government mandates behind it, Big Solar, like Big Wind, is a force to be reckoned with. And that’s exactly what Klickitat residents are finding out.

The invaders are three out-of-state utilities – Invenergy, Cypress Creek Renewables, and NextEra – that have joined forces with Avangrid subsidiary Iberdola of Spain. Together, they want to develop the state’s largest solar farm yet — known as Lund Hill — with 1.8 million large solar panels on 6,000 acres of prime farmland, all surrounded by an eight-foot-high fence.

Solar panels have a life expectancy of 20 to 30 years. They are notoriously difficult to recycle, because the cost of recovering the materials outweighs the cost of extracting what can be recycled. As a result, most end up being dumped in landfills or shipped off to developing countries. The dead panels are laden with toxic chemicals that can leech into groundwater if landfills are not properly lined. By 2050, the world will have to deal with nearly 80 million tons of solar waste. An even greater risk is posed by batteries used to generate power when the sun isn’t shining such as at night. These batteries are also loaded with toxic chemicals, and when the batteries die and must be disposed of, the chemicals inside them can also contaminate soil and groundwater. What is being billed as “clean” energy has the potential to create a new class of hazardous waste sites.

Another subject advocates of renewable energy are reluctant to address honestly is the threat these industrial-scale facilities pose of igniting or spreading wildfires.

This is not just a hypothetical threat.

In June 2019, a bird flew into two wires at a California solar farm, creating an electrical circuit and a shower of sparks. The resulting fire scorched 1,127 acres, adding to California’s perennial wildfire woes.

Klickitat County has already had its first wildfire courtesy of renewable energy. The county already has over 600 wind turbines, and in 2019 one of them caused the Juniper fire, which destroyed 500 acres. As noted by a local group, Citizens Educated About Solar Energy (C.E.A.S.E.), county officials are eagerly pushing for more giant solar facilities but have steadfastly refused to update ordinances so as to protect residents from wildfires caused by solar arrays. Klickitat’s dry, windy climate makes for an ideal setting for wildfires. The more high-voltage solar farms there are in the county, the higher the risk of potentially catastrophic blazes.

In addition to county officials, who appear more interested in the solar industry’s tax revenues than they are in safeguarding landowners from wildfires, Gov. Jay Inslee (D) is eager to ram green energy down the throats of as many rural Washingtonians as he can.

C.E.A.S.E. reports that Inslee has no solar panels on his home and no solar arrays anywhere near his property. This is the same “do as we say, not as we do” attitude we have seen on display during the pandemic. Public officials mandate the wearing of masks but show up without them in fancy restaurants.

The high and the mighty are perpetrating a gigantic scam on Klickitat County and other parts of the country. Solar and wind power are land-intensive and intermittent and, as such, are a terribly inefficient way to produce electricity. They are favored by the political class, which is oblivious to the harm so-called green energy does to people, wildlife, and the environment.