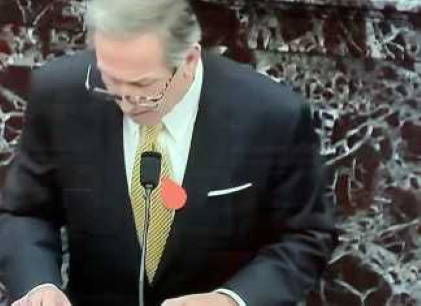 All three Trump attorneys were terrific in presenting the defense today. They were so good, even CNN jumped to commercial to avoid embarrassment as a video of Democrats encouraging violence was shown by Trump attorney David Schoen.

Trump’s lawyers put out montages that destroyed the Democrat argument.

Former Trump aide Jason Miller put out a tweet that read, “Overheard just now at the White House. “We told you jackasses this impeachment would blow up in our faces.!!!”

It really did. Democrats were humiliated.

Harvard Professor Emeritus said on Newsmax today the trial is over and the defense won. They came back like gangbusters after a shaky start. 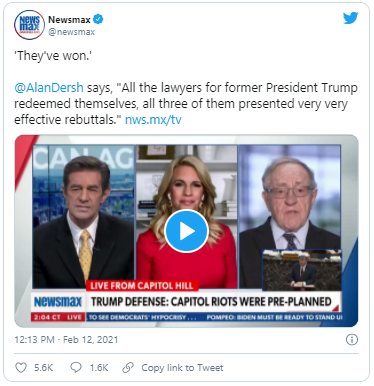 David Schoen showed a clip of Democrats objecting to President Trump’s certification in 2017: 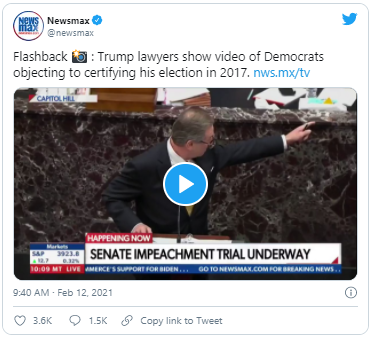 SOME OF THE DAYS HIGHLIGHTS 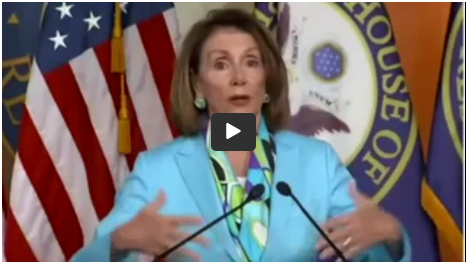 Democrats ignored riots or encouraged them throughout President Trump’s four years and their hypocrisy was exposed in a most embarrassing public display. Also on display was their radical double standard. 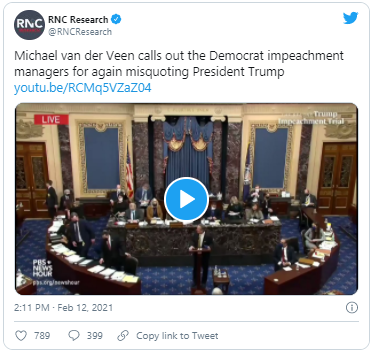 Democrats doctored the case and it’s over. 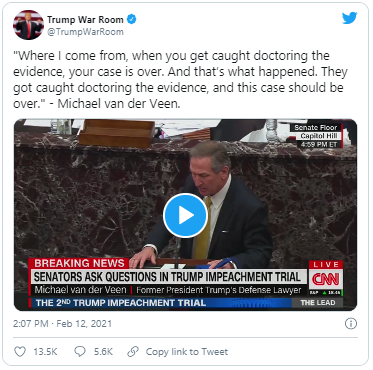 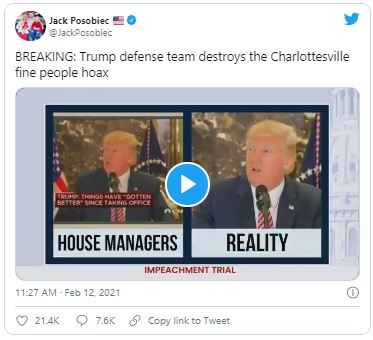 Biden’s staff and Kamala Harris helped raise bail for rioters and the attorney dealt with that too: 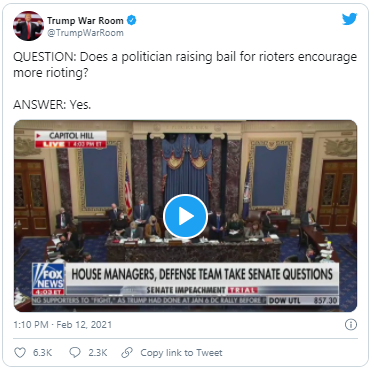 The case is about political hatred: 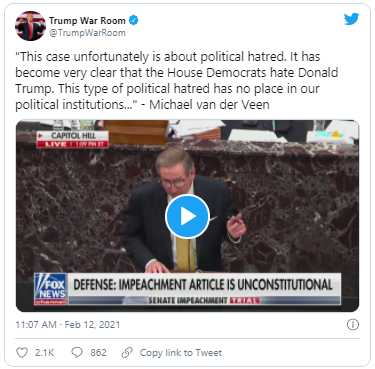 The sham impeachment is a threat to free speech: 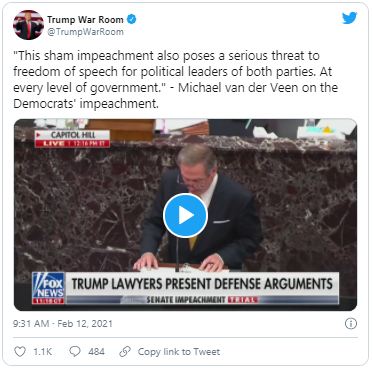