The Right Resistance: Impeachment farce and excess will only rehabilitate Donald Trump’s image 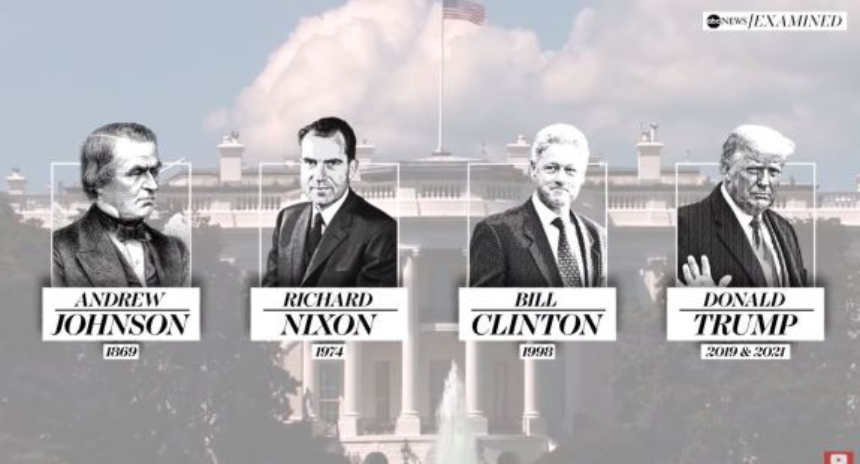 The Right Resistance: Impeachment farce and excess will only rehabilitate Donald Trump’s image

It’s a given that Washington DC establishment political consultants aren’t the sharpest sticks in the stack, but how much brainpower and experience does it take to forecast what will come from this week’s commencing of the inane (second) Trump impeachment trial? Answer: Zero. I’m not talking about the result, either. Any doubt regarding the outcome was dispelled a couple weeks ago when 45 Republican senators voted “no” when challenged on (via a motion put forward by Kentucky Sen. Rand Paul) whether it was within the Constitution’s boundaries to try and then convict a president who was no longer in office of high crimes and misdemeanors. 44 voted against the same question in Tuesday’s opening session.

Politicians being what they are, it’s conceivable that a token Republican or two might toss in a “yes” vote at the end just to appear fashionable to their politically correct fans (or donors?) at home, but last Sunday, even the new president himself said he didn’t think seventeen GOPers would risk crossing the dead zone and be seen by the grassroots as turncoats and idiots who voted to cashier someone in a tribunal they’d already put themselves on the record as declaring illegitimate.

Then there’s the possibility, slight though it may be, that a Democrat or two could choose to stick a symbolic ice pick in Majority Leader “Chucky” Schumer’s eye and refuse to jump onboard the hysteria and prejudicial bandwagon that leads out of Washington. Or perhaps they might see a vote to convict as fruitless and simply wish to powwow with the winning team rather than the losers. With “Chucky” brandishing the whip and holding the tie strings to the federal goodie bag, however, no defections are expected.

A survey taken prior to Tuesday’s start of the trial indicated that public interest in the slow-moving prosecution was very low, so if anything dramatic happens, it would be left to the hungry-for-Trump’s scalp establishment media and a few conservative outlets to report on it. More than likely, a solid majority of Americans wouldn’t give such sensationalism the time of day. Nevertheless, some helpless souls are still worried about the trial and what might come from it. Niall Stanage wrote at The Hill:

“Former President Trump is returning to center-stage this week as the Senate conducts his impeachment trial — and the process brings political risks for both parties.

“Republicans will be confronted with graphic scenes of violence during the Jan. 6 Capitol insurrection and will not relish the idea of having to defend the inflammatory rhetoric from Trump that preceded it.

“But Democrats also run the risk of distracting from President Biden’s agenda, just as momentum appears to be building behind his crucial COVID-19 relief package.”

Two days into the trial, most of what forecasters predicted would happen did take place. The Democrat House Managers, led by obnoxious Maryland Rep. Jamie Raskin, tried playing the emotion card and every other type of underhanded tactic they possibly could to make what transpired on January 6 mark the republic’s doom if Trump isn’t brought to justice. As far as the other stuff is concerned — while it’s true that momentum is invisible and unmeasurable, I’m not seeing any signs that it’s building right now for Democrats. It might be forming within the confines of Joe Biden’s semi-empty skull, but it sure seems like the self-possessed Democrat pols on Capitol Hill would much prefer talking about Trump in perpetuity rather than give up what might be their final chance to officially embarrass him. That China virus relief stuff is so boring, isn’t it?

The CNN cameras don’t show up for an expert witness talking about business hiring and people out of work because some government honk somewhere told them they had to reduce capacity or close before ten p.m. to stop the disease from spreading. Not even warm and fuzzy little Dr. Anthony Fauci’s eighteenth interview of the day would get heads turning. And the most brainwashed of mask devotees must be contemplating rebellion against the idea of strapping on two or three of those things at once.

How could that scenario possibly compare with presenting the same snippets of the most damaging video (to Trump and Republicans) from January 6? How many people in Trump gear sat in the senate president’s chair that day? Did they leave a secret note for Kamala Harris in case she n’ Grampa Joe did end up in the White House? What did it say? Was there a threat to expose her as a phony identity politics fraud?

The only risk to liberals here is the likelihood that Americans will be so sick of hearing the same accusations that were beat to death over Trump’s five years in politics that they’ll finally wake up to the notion that Democrats aren’t interested in governing the country, they just want to produce for their special interest groups. And savaging Trump is the big prize to the disaffected. What are their alternatives? How about packing the COVID-19 relief bill with a couple extra billion for Planned Parenthood? Couldn’t Nancy Pelosi convene a press conference where she and the “Squad” make the case that abortion actually spares the sufferer the agony of contracting and perishing from some future virus?

Or couldn’t the liberal leadership find a way to get the Green New Deal passed as part of a budget reconciliation package that wouldn’t need any GOP votes and therefore avoids a filibuster? Likewise, the “danger” to Republicans from a senate trial is zilch. If anything, it’ll be beneficial because Trump will finally get to present his side of the story for the one out of five Americans who’s actually planning to watch some of the circus sideshow. If anything, Democrats are going out of their way to make Trump look sympathetic, as facts reveal that the miscreants who perpetrated the violence on January 6 planned the capitol assault days or weeks in advance.

Taken together with Biden and Harris’s overly aggressive executive pen actions and congressional Democrats’ ignoring the interests of the people to pursue their personal vendettas against a former president… and no one on the left side comes out smelling like a rose. Republicans won’t even need to bother with “defending” Trump’s words spoken in his last few weeks in office. As time and events pass by quickly, Americans will focus more on their own views of government. As the economy inevitably tanks (because of Biden’s policies), thoughts of Trump will bring positive feelings for a lot of people. Democrats always go to extremes.

And we don’t need a swamp consultant to tell us what will come from this impeachment fiasco.