Does France Want Their Statue Of Liberty Back? 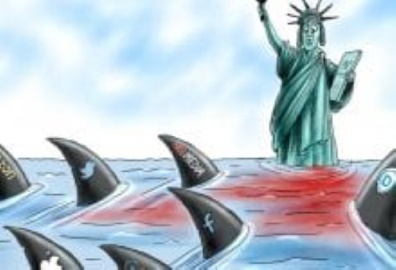 Does France Want Their Statue Of Liberty Back?

Not only are American patriots frightened by the leftist lunacy of America’s Democrat party, but the President of France, Emmanuel Macron, was quoted by CNS News on February 9th, as being “alarmed at America’s sudden and immediate turn to far left extremism.”

This sounds very much like my concern for America, along with millions of other American patriots who voted for Donald Trump in the election of 2020. And as confirmation of our correct assessment of the far-left direction that the Democrat party, headed by the intellectually-fading Joey Biden, is forcing on America against its citizens’ will, the French president is singing from the same hymn book as the seventy-four million American citizens who voted for Trump in 2020.

And one might notice that the French expression of concern for America’s political and economic future was not a complaint of how Trump scolded France and the rest of Western Europe for not paying their promised fair-share of defending themselves from foreign threats in an increasingly dangerous world. This is a quote from yesterday, and is the result of the massive executive orders that Joey Biden has issued at this early date in his presidency, following a summer of violence across America perpetrated by leftist agitators like ANTIFA and BLM, from Seattle to Baltimore, and of the still-unpunished frame-up of President Trump with the Steele Dossier, and the continued persecution of our former President by the Democrats’ repeated attempts to impeach and convict him for imagined crimes, that frightens all Americans, and places in doubt our continued existence as a free and prosperous nation, under the rule of idiocy and hate that Democrats express daily.

If France is concerned with the future of America, and please be reminded that the Statue of Liberty was donated to America by France for the great nation of liberty, equality and fraternity that our founders created under our wonderful constitution, then how long will it be before France demands its statue back?

And maybe it’s a good idea that France take possession of the statue as soon as possible, otherwise the ANTIFA and BLM goons may well tear it down as part of their policy of getting rid of America’s past and destroying all of our statues and monuments.

Is this warning from France’s president just a friendly notification that America, under Democrat party rule, is no longer the land of liberty? America is under attack from viral, deadly leftism which threatens our very existence as a free and prosperous nation, and the world, with a smirk on their collective faces, is watching to see if we sink or swim.

Certainly the future looks dim with the Democrats keeping the nation locked down, unschooled and masked from fear of Covid, and with the Democrat party calling all Trump supporters domestic terrorists, and with thousands of illegal aliens streaming across our southern border at Joey’s invitation, and with the threatened implementation of the National Emergencies Act of 1976, that will be used to further lockdown America with dire but imagined environmental threats that exist only in the minds of Biden, Bernie and AOC, all of which will make every American citizen a dependent of big, leftist government for whatever crumbs of freedom they will allow us to exercise. At this point, it doesn’t look good for Americans, nor for Lady Liberty.