The real reason the Left wants only wind and solar energy 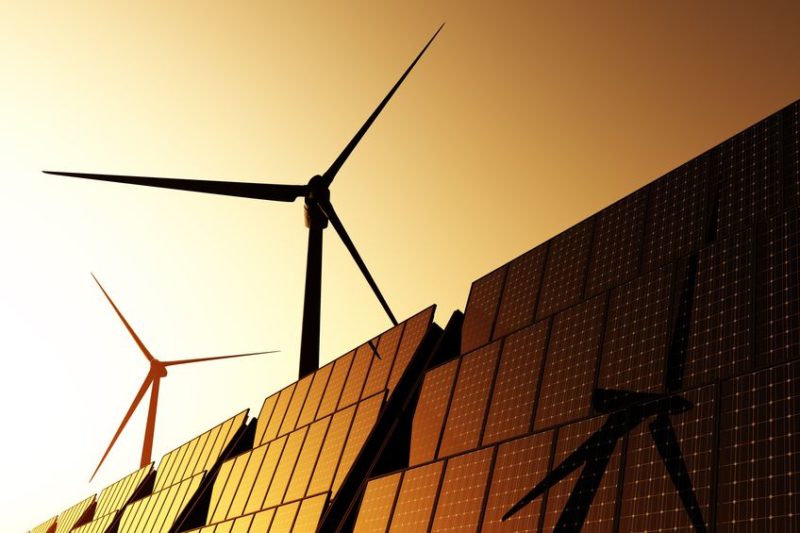 The real reason the Left wants only wind and solar energy

If a person has any science training and a cursory understanding of how we produce energy by burning coal, natural gas or oil and how we can get some energy from the sun and wind, they would quickly recognize that the nation can not trade one for the other. Yet that is exactly what the liberal democratic/socialist party plans for us. Their millions of left-wing followers, without taking time to use what ever common sense they might have, buy the plan hook line and sinker.

The mistake those of us educated in the field of energy physics make is thinking the leadership of our increasingly socialist leaders are dumb enough to think their plan will work to maintain America’s standard of living. In fact they and their radical environmentalist supporters know full well their plan can not work. They know full well that ALL ENERGY WILL HAVE TO BE RATIONED BY GOVERNMENT. That is exactly what they want. How better to control society than control the energy, electricity and fuel they are allowed us to use. They want to bring our entire population to its knees and have us dependent on government dictates. When their lights are off, their appliances do not work, their cars do not run, their homes are cool in the winter and warm in the summer and the prices of their food goes through the roof, they must turn to government for help. Your new leaders are definitely not dumb but they surely are evil.

On January 27 here at CFACT.org I wrote about the mysterious grid of electricity that supports our life style in these United States. Weakening that grid until we all cry “Uncle Sam” for help with their energy supply is the intention of our new government.

Most of us are happy to depend on a watch to tell time and an automobile for transportation and a TV for entertainment without needing or desiring to understand exactly how they work. The same has been true for the elements of our electric grid. However as it appears our new government’s energy plan is going to force us into brownouts and blackouts, you might appreciate knowing what will go on behind the curtain of our utility operators to minimize the damage.

One aspect of the grid that most of us are unaware of is that the supply of electricity must equal the demand at all times. At any point when this is not the case the grid will collapse. It is not possible for the supply to almost meet demand. The universal laws of electrical engineering make this a reality that most of us will have difficulty getting our arms around. There is an analogy in medicine, however that the reader could more easily relate to, supplied by my colleague Terigi Ciccone.

Think of a patient that is permanently connected to an IV tube, 24-7-365 that has to receive the right amount of medication to stay alive. But the medication delivery schedule changes as each hour progresses like the below diagram. It must increase starting slowly around 6:00 AM then starts decreasing around 9:00 AM, levels off for many hours and then starts increasing about 4:00 PM and must cut back after 8:00 PM and then another long low level. Now the amount of medication delivered must also be very precisely metered, like plus/minus 0.001 ML. If it’s above or below this tight range the patient may go into a coma (brownout) or if it goes way outside the range the patient may die (Blackout.)

On a large electric grid the lack of a small amount of solar or wind can cause a grid to crash, just as imprecise medication can lead to dire consequences. If all the available supply from natural gas, coal, nuclear or hydro is at maximum availability but only one percent or less of the online supply of wind or solar becomes unavailable because the wind stops blowing or the sun stops shining the grid will crash. No battery backup system has ever become economical or even practical.

This very situation occurred recently in South Australia where the last coal-fired power plant was closed. A storm caused the supply of electricity from wind to suddenly stop. The entire state suffered a 24 hour blackout.

Blackouts over wide areas for extended periods shouldn’t be confused with short interruptions caused by the failure of equipment. An underground cable may fail in a community, which shuts the electricity off to a community of homes in an area within a city. Many of us have experienced this for a short or long period, but this is not the failure of power to millions of homes and businesses that the grid provides.

1- They can shed load by lowering the voltage on the entire system creating widespread brownouts or create rolling blackouts in their service area. This would be a short term solution.

2- When demand substantially exceeds supply for longer periods utilities will have established arrangements with customers who can shed load without hurting their operations. Examples would include a chain store getting a favorable electric rate in exchange for allowing a shut down for a short period. It could be a super market willing to shut down some lights or a manufacturer willing to reduce non essential lighting.

3- A more drastic long term response is the rolling blackout where areas of a city are entirely shut off for a period of time then brought back on line and the blackout shifted to another area. This is common in third world countries which is the direction our new government is willing to take us.

4- The final option is the one being used at present at nearly all utilities using wind and or solar as part of their energy portfolio. They have gas turbines standing by in spinning reserve ready to come on line in seconds when the wind does not blow or the sun does not shine and pick up that undependable load. Of course the new administration wants to eliminate all fossil fuel use in America so we will see how that works out.

The bottom line which will play out in the coming two years is complete failure of all their plans and punishment to the average American citizen which could well make their term in power a very short on.

Significant portions of this article have been excerpted from the 2020 book THE LOOMING ENERGY CRISIS: Are Blackouts Inevitable, with permission of the author Donn Dears. It is highly recommended by this writer.