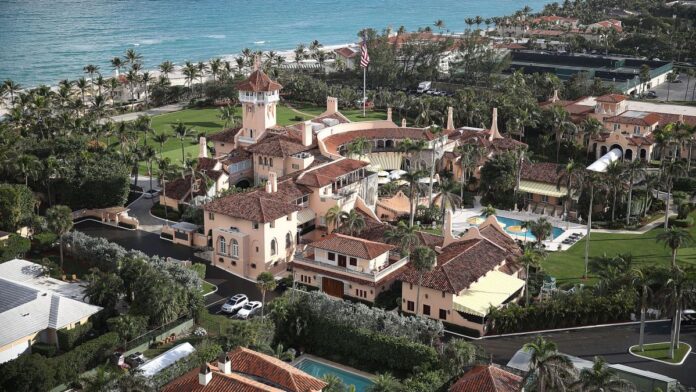 Last week, wealthy and influential persons living near Donald Trump’s Mar-a-Lago country club filed a petition with the Palm Beach Town Council, seeking Trump’s eviction and arguing that he violated a 1993 city ordinance that limits how many days members can live in one of the estate’s suites. Even though Trump owns the place, the city tried to tell him he cannot be a permanent resident. But Trump has powerful allies such as the state’s Governor Ron DeSantis, who reportedly threatened to arrest Palm Beach City Manager Margaret Zeidman unless she ceased her whimsical war on Donald Trump.

The attacks on Trump are based on more than personal dislike, and many of Palm Beach’s wealthiest residents are donors to the Deep State, a nefarious cabal of wicked fiends who argued that Trump’s people have been repurposing the 17-acre estate into a makeshift White House.

If true, the allegations support the contentions of a source who on Jan 25 told RRN that a besieged and beleaguered Trump had transformed Mara-a-Lago’s billiards hall into a digital command post from where he can fight the cabal and restore America’s power to the people.

A complaint filed with the City Manager’s office alleged that a convoy of eighteen-wheelers arrived at Mar-a-Lago’s front gates at 2:00 am, February 3. It further stated that what appeared to be an army of workers carried countless crates of electronics gear into several structures at Mar-a-Lago. Moreover, the letter of grievance claimed that Trump’s private security contractors have expanded their domain beyond Mara-a-Lago’s perimeter and have been spotted patrolling neighborhoods not adjacent to the resort.

The specificity of these, and other, complaints is a mystery. How could the authors provide exact details? We see only two possibilities—either someone fabricated them, or there is a weasel in the henhouse.

When asked about accusations of mysterious deliveries, our source said the following: “Mar-a-Lago is Trump’s property, and he can do with it what he wishes. Yes, he’s receiving shipments, but I don’t know what’s in them. I will say this—Trump expects he’ll soon return to the White House, but if that return is delayed, he needs spots where he can fight for the American people. Trump is selfless, he doesn’t care about himself. He could just retire and fade away, if he wanted. He’s fighting an uphill battle against the most devious people in society, and if Mar-a-Lago becomes his new White House for this grievous war, so be it.”

“They’ll make up the craziest shit to besmirch Trump,” he said.