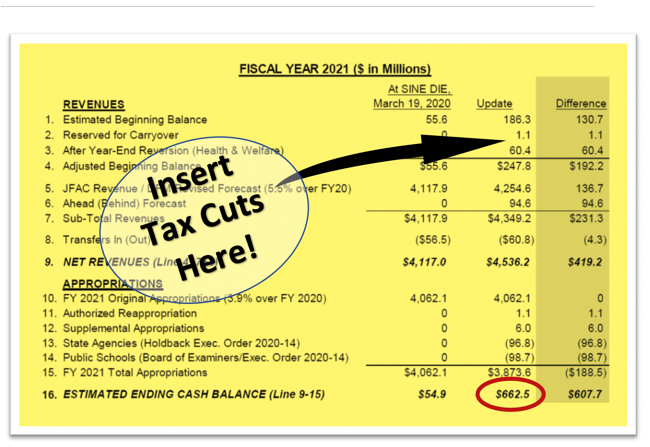 Let’s say you’re running a cash register at the movie theater (remember when we would go to movies?), and someone gives you $20 for two tickets when the total price is only $16.  Do you keep the extra $4 for theater costs or improvements, or do you return the change?  Each year, the state sets a budget (or ticket price) for the priorities it sees the state should address (education, healthcare assistance, roads, police, etc.).  The state collects the taxes and works on the priorities. If the state takes in more tax money than it requires, the change should be returned.  “Keeping the change” is simply theft.

State tax collections for 2020-21 continue to come in at unexpected high levels (see the latest budget update table above)–this is excluding the direct federal CARES Act money to the state account.  A lot of other CARES Act stimulus money is coming into the state budget indirectly through tax collections.  But, separate from direct CARES Act infusions, the state budget (also known as the General Fund) collections for the month of January were $415.0 million, which was $58.5 million more than anticipated by the Division of Financial Management’s revenue forecast.

For the first two months of the revised forecast, General Fund tax collections have exceeded the forecast by a total of $94.6 million (line 6 in the table above).  Together, with extra money coming in for 6 months prior, the state is left with an estimated ending balance of $662.5 million (circled). That $662.5 million is money in the budget of about $608 million MORE than expected.  (For perspective, the entire state General Fund budget for the year was just about $4 billion, so this much extra is a huge amount.)

Our Joint Finance and Appropriations Committee (JFAC, where I participate as a member) has approved a few supplemental (unexpected) spending items and a cash transfer, with a few more unexpected spending items to come.  But, overall, the state has about $600 million more in it’s bank account than it anticipated last March (when the legislature adjourned).

Rarely does a state have the opportunity for serious tax relief.  This year and next is exactly such an opportunity.  The state is taking in huge amounts of money and as a matter of morals, it should “return our change.”  We should and must, remove sales taxes on groceries, reduce property taxes, and reduce income taxes.  We can do all of them!  The grocery tax repeal would amount to $128 million of the $662 million surplus.  Property and Income taxes could be reduced dramatically too.

Also note that there are already plans from the Governor to increase spending on infrastructure projects around the state (the Build Idaho First proposal includes work on roads, bridges, water, etc.) to the tune of $330 million.  These plans are not affected by tax relief proposals.  There is so much relief and stimulus money flowing into Idaho, we should be able to meet all our obligations, especially those to the taxpayers who desperately need relief.

Please contact your representatives and senators to tell them it’s not ok for them to “keep the change.”  More taxes are coming in, and they need to give back the money our hardworking families and businesses earned during a particularly difficult year.  Our freedoms were infringed, and it would add insult to injury to empty our wallets too. 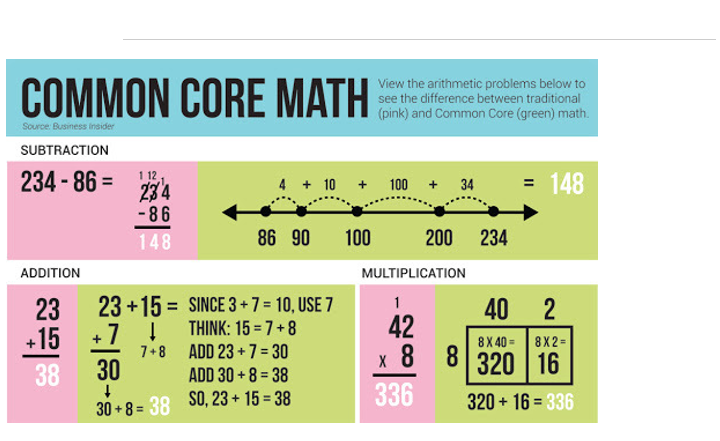 President Ronald Reagan once said something like this, “The closest thing to eternal life on earth is a government program.”  Hello, Common Core.  I even recall before Common Core sneaked into Idaho through a “rule change” how parents and kids were promised by then Superintendent, Tom Luna, “If we don’t like Common Core, we can undo it.”  If it were only that simple.

For over 10 years now, concerned parents, teachers, and kids have been frustrated by Common Core standards and curriculum, and perhaps even more by the SBAC test coming with Common Core.  Every year in the legislature, parents and others come to the Capitol to try to get Common Core eliminated and the onerous testing ended.  All to no avail.

Last year, in the 2020 legislative session, we got close.  The House passed HXX, a bill to remove Common Core as state standards.  The Senate, however, was not so courageous.  Instead, the Senate wanted an interim committee formed and given the charge of removing and replacing Common Core, and SBAC testing.  Unfortunately, the committee makeup and control of the agenda did not allow for “remove and replace.”  Ultimately, Idaho seems stuck with Common Core – Slightly Revised.  The committee settled for revisions and rewrites to some of the standards and still doesn’t think Common Core is ready for full removal.  It is disappointing to say the least.

This year I drafted two pieces of legislation.  Neither would be controversial if the interim committee followed its directive.  One proposal, RS28170, removes Common Core mandates on school districts.  It merely says that, if the state insists on keeping Common Core state standards, then the district may ignore Common Core and choose other standards.  The second proposal, RS28176, removes the SBAC testing requirement.  It says, if the state uses SBAC testing content as the ISAT test, then the district may substitute another test of its choosing.

If the interim committee had done its assigned task (remove Common Core and SBAC) test, then both proposals would be easy to pass and would simply be a redundant to the actions already taken.  Nobody would have a reason to oppose the proposals, and the committee chair would be fine with letting the bills go forward.

So, why won’t the Chairman of the House Education Committee even allow the introduction and votes on the two proposals?  The truth is, all that’s really being done are rewrites of some Common Core standards, and keeping the SBAC test as still the method of assessing progress (a bad measure itself).  The two proposals would indeed have an impact because, so far, the state has not eliminated Common Core or SBAT testing. These proposals are problematic for the Common Core status quo.

If you’re as frustrated as I am and as many parents, teachers, and kids are, please contact your representatives and senators to encourage them to remove Common Core and SBAC once and for all–hear the bills!  You can find your legislators’ contact information here.  You can also email House Education Committee Chairman, Rep. Lance Clow. 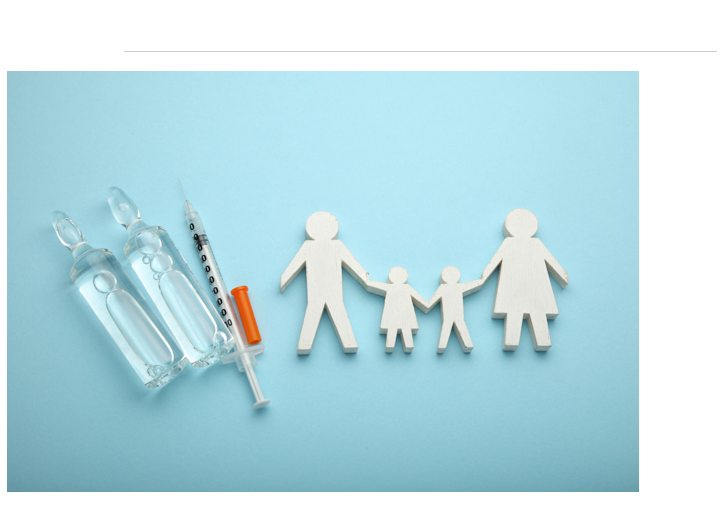 H63: Freedom Shouldn’t Need a Shot in the Arm

The Vaccination Freedom Act (H63) prohibits all levels of government in the state (including the governor) from issuing mandatory vaccination orders regardless of whether there is an emergency, disaster, or other exigent circumstance.  This protects all Idahoans from compulsory vaccinations, The bill also protects children from being subject to vaccinations or immunizations without their parent’s knowledge or permission.  Finally, the bill protects Idahoans from being isolated or quarantined based on their vaccination status.

So you can see the details of the protections, here is the text of the bill:

SECTION 1. That Chapter 48, Title 39, Idaho Code, be, and the same is hereby amended by the addition thereto of a NEW SECTION, to be known and designated as Section 39-4806, Idaho Code, and to read as follows:

39-4806. DISALLOWAL AND PREEMPTION OF VACCINATION MANDATES AND FORCED VACCINATION.

(1) The legislature finds that uniform laws protecting individuals from forced or coerced vaccination are necessary to protect the individual citizen’s rights as recognized by the United States Constitution and the Constitution of the State of Idaho. It is the legislature’s intent to universally prohibit and wholly occupy the field of vaccination mandates within this state.

(2) Notwithstanding any other provision of law, including during the continuance of any state of disaster or emergency or any proclaimed state of extreme emergency, insurrection, or martial law, neither the governor nor any agency of any governmental entity or political subdivision of the state, including without limitation the department of health and welfare, a public health district, a county, a city, an agency, or a board, may adopt or enforce any law, rule, regulation, or ordinance that mandates, requires, or orders the vaccination, immunization, genetic modulation, or inoculation of any person.

(3) Notwithstanding any other provision of law, including during the continuance of any state of disaster or emergency or any proclaimed state of extreme emergency, insurrection, or martial law, neither the governor nor any agency of any governmental entity or political subdivision of the state, including without limitation the department of health and welfare, a public health district, a county, a city, an agency, or a board, may issue an order of isolation and quarantine based solely or primarily upon the vaccination status of any person.

(4) Notwithstanding any other provision of law, no physician, surgeon, or other provider of health care, including without limitation any dentist, physician assistant, nurse practitioner, registered nurse, licensed practical nurse, nurse anesthetist, medical technologist, physical therapist, hospital, or nursing home, shall vaccinate, immunize, genetically modulate, or inoculate any person without such person’s express consent or, in the case of a minor or an incapacitated person, the express consent of such person’s legal parent or guardian.

SECTION 2. An emergency existing therefor, which emergency is hereby declared to exist, this act shall be in full force and effect on and after its passage and approval. 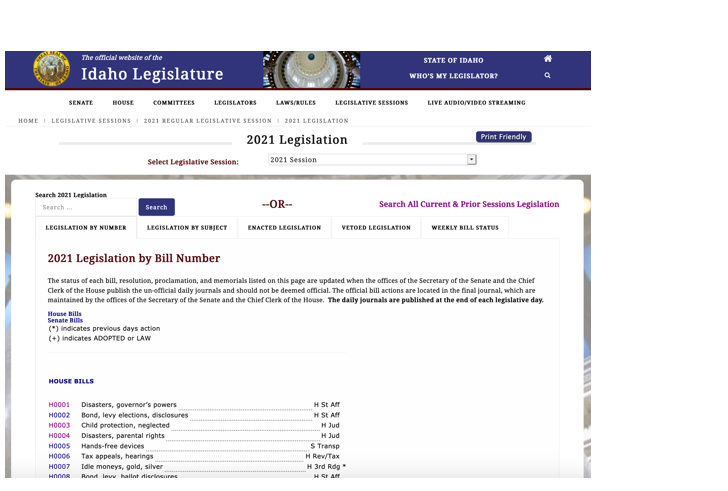 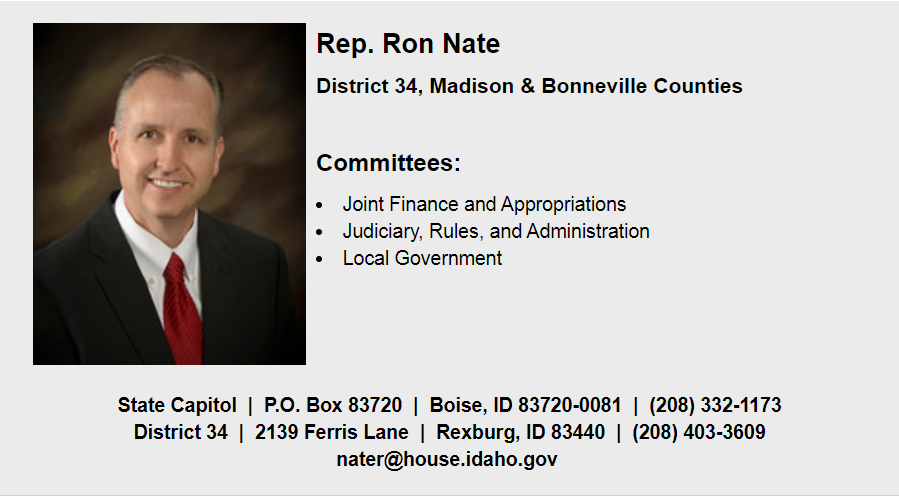