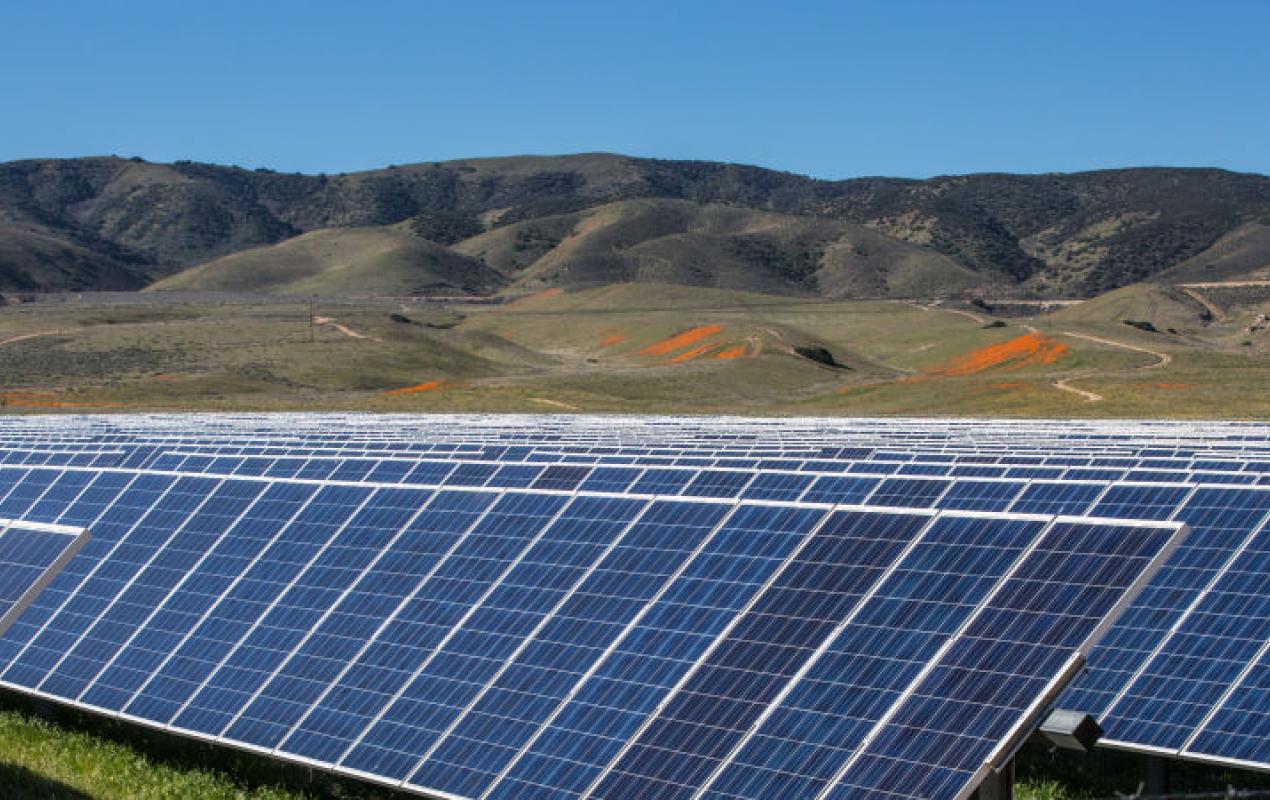 Fewer than half believe climate policies should come at the expense of U.S. jobs

A majority of U.S. voters either think climate change is not occurring or that climate-related policies should not be implemented at the expense of the economy, according to a new Just the News Daily Poll with Scott Rasmussen.

Forty-one percent of respondents think “climate change is real but efforts to combat it should not come at the cost of U.S. jobs or economic well-being,” while 13% simply think climate change “is not real.”

The polls comes amid President Biden’s first two weeks in office – in which he’s announced an agenda that would move the U.S. away from fossil fuel toward reusable energy, perhaps costing the U.S. economy millions of jobs.

Meanwhile, 47% of voters believe that climate change is a real phenomenon and that “policies to protect against it should be strengthened even if it costs jobs or economic hardship.” 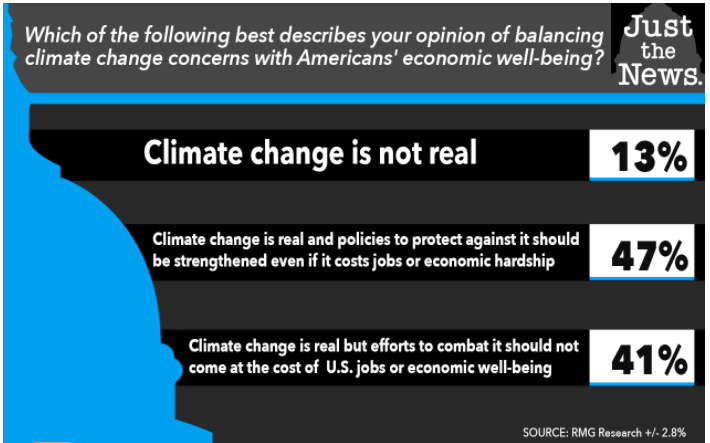 Notably, Democrats were the only political demographic in which a majority of voters (66%) endorsed climate policies that would come at the expense of jobs. Just 25% of Republicans and 45% of Independents felt that way.

The survey of 1,200 Registered Voters was conducted by Scott Rasmussen using a mixed mode approach from Jan. 28-30, 2021.