“Climate Change” No Cause for Alarm, Report Says 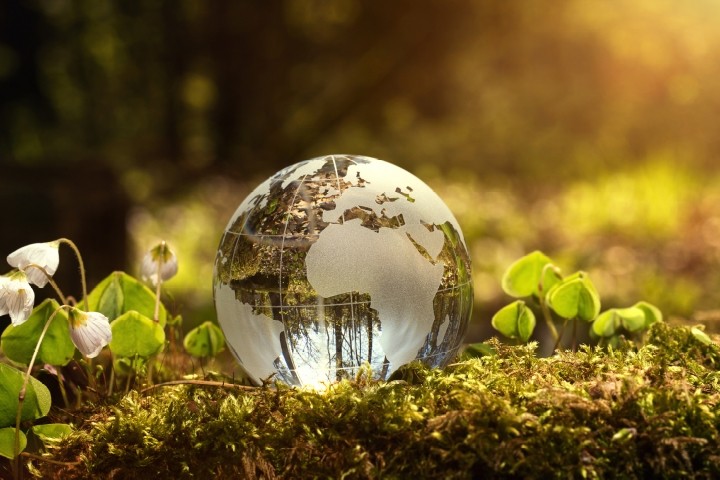 “Climate Change” No Cause for Alarm, Report Says

Will “climate change” caused by the burning of fossil fuels bring death and destruction to the Earth? Not according to Dr. Indur Goklany, who, in a new report, argues that global warming, assuming it exists, not only is causing few of the negative outcomes the climate alarmists attribute to it but is actually improving the planet.

“The standard narrative … is that climate change is already increasing the frequency and intensity of extreme weather events (EWEs) and wildfires, reducing available water and crop yields, increasing diseases, hunger, poverty and human mortality, and reducing productivity of the biosphere and the habitat available for species,” Goklany writes in his report for the Global Warming Policy Foundation. “It is claimed that these and other climate change impacts are diminishing human and environmental wellbeing, and will reduce them further unless ‘drastic measures to achieve as quickly as possible zero net greenhouse gas emissions’ are taken.”

Hogwash, says the good doctor, who can hardly be considered a climate “denier” given that he helped establish the Intergovernmental Panel on Climate Change.

EWEs have, in fact, remained relatively the same, or even declined, in frequency and intensity during the period of alleged warming. “Heatwaves were more extreme in the past, for example in the US in the 1930s, when atmospheric carbon dioxide concentrations were only 75% of those today,” he pens. There has been “no significant increase in the frequency or intensity of all major hurricane-strength landfalling cyclones.” While reports of tornadoes have increased over time because of better technology, “strong tornadoes have, if anything, been declining.” Neither floods nor droughts have increased in frequency or severity. “Wildfires probably burned more area in the past,” and “the global burned area declined by between 16 and 33% between 1998 and 2015.”

Humans, meanwhile, are faring far better during this time of supposed warming than they did in the past, argues Goklany. “Since the 1920s, global death rates from all EWEs have declined by 98.9%.” Diseases associated with heat, such as malaria, are rapidly waning. Indeed, warmer temperatures are, generally speaking, a boon to humanity. “Many more deaths are attributable to abnormally cold than to abnormally warm days,” and even high temperatures aren’t killing people the way they used to, thanks in part to air conditioning. “Societies,” Goklany concludes, “may adapt better to heat rather than cold.”

Human adaptability is a point Goklany repeatedly stresses. Yes, the planet may be warming up a little, but “autonomous adaptation driven by wealth and technological change is a natural human response to perceived threats, and should be incorporated into estimates of future climate change impacts.” In other words, don’t assume that people will just sit idly by and let bad things happen to them. If climate change really does cause negative consequences, they’ll find ways to mitigate those consequences.

Other alarmist predictions have also failed to materialize, notes Goklany. “Global cereal yields have tripled, and food supplies per capita have increased by 31% since 1962,” while chronic hunger has “declined rapidly.” Sea levels are not rising significantly; “virtually all” of the increase, which has been occurring since the last ice age, “predates human fossil fuel use.” Most beaches are either stable or growing. “Coral atolls do not seem to be shrinking either.”

Goklany points out that the improvements in the human condition have occurred not in spite of fossil-fuel usage but because of it. Life expectancy has grown rapidly. Global poverty has shrunk. The planet has become greener because plants consume carbon dioxide, a fact known since at least 1804. We are growing more crops on less land, thanks especially to nitrogen fertilizers and synthetic pesticides, both of which are products or byproducts of fossil fuels.

“Except for the fact that hot days have increased while cold days have decreased,” observes Goklany, “none of the trends are consistent with the received narrative.”

He concludes his report with this prediction: “In the future, books on agnotology [‘the study of culturally induced ignorance or doubt, particularly the publication of inaccurate or misleading scientific data’] will devote chapters to how the standard narrative on climate change impacts took hold among the religious and secular leaders of the 21st century despite copious evidence to the contrary.”

Michael Tennant is a freelance writer and regular contributor to The New American.