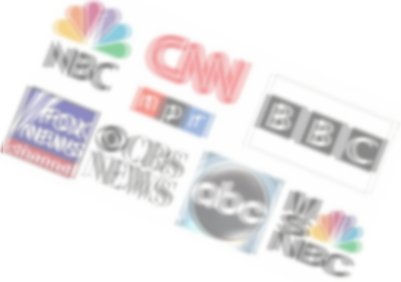 How to fill the void? We’ve seen it all before, a successful TV show cancelled at the peak of its run, the production’s stars fed up with the producers or vice versa. Or a sports team that trades or releases its franchise players to trim its payroll (way to go New England Patriots! We all knew Bill Belichick was a fraud!), or a political party turning on its own when appearances of non-political correctness could make the group sound “extreme” or unpalatable to the media narrative of “unity” and the goal of everyone getting along for the sake of… well, something. These days, the last scenario is taking place simultaneously as the Republican Party debates how strongly to defend former President Donald Trump in the impeachment farce (oops, I meant trial), part deux, as well as how to treat the controversial past social media statements of new Rep. Marjorie Taylor Greene. Like popular kids on a middle school playground, seeming to stand up for the non-conforming individual against the mob is a difficult dilemma. Doing the right thing doesn’t attract the most flattering attention from the small minded but gorgeous social butterflies, does it? Similarly, liberal cable news channels are encountering a new reality now that Trump is spending his days in South Florida, golfing, enjoying time off and no doubt monitoring every word and misdeed that comes out of Washington of late. If the goal of every media outlet is to attract viewers and readers, they’re finding it a much tougher slog without the publicity generating machine that was Joe Biden’s predecessor. Joe Cunningham wrote at RedState:

“For a while now, CNN’s ratings have been bolstered largely by the existence of Donald Trump in mainstream American politics. Like many networks, CNN propped up Trump as a viable candidate until it was clear he would become the nominee, and then they relentlessly launched attacks on him from that moment to the end of his presidency, and even beyond. They made it clear their relationship with Trump is an adversarial one, and they relished in the ratings spike that came with it. “That ratings spike appears to be the ‘price range that strongly exceeds the asset’s intrinsic value.’ We are now more than a full week into Joe Biden’s presidency, and the bubble has officially burst… “Now, we see what their slavish devotion to opposing Trump has been. People watched for the freak show, and now that it’s gone, they have little reason to keep the TV on. I think the trend we saw over the last week will hold, and I think media organizations will have to scramble to try and keep Trump relevant OR find the ‘next Trump’ to try and pick the ratings back up.”

Cunningham’s piece presented the numbers (taken from Variety) and they aren’t good for liberal CNN. The network’s viewership for the last week in January was down 44 percent from the previous week when the coverage was of doddering Joe’s inauguration and what Donald Trump might do to disrupt the proceedings or lead an army into the capital or hold one of his signature rallies where the political showman would announce his eternal opposition to the new regime.

None of it happened, of course. Trump flew quietly to the Sunshine State, vowing only to “be back soon in some form.” The exit was a farthing less than exhilarating, but the talkers still had impeachment to blubber about… at least until Chief Justice John Roberts announced he wouldn’t bother presiding over the stupid unconstitutional sideshow and Senator Rand Paul almost singlehandedly pulled the proverbial rug out from under the whole “incitement of insurrection” nonsense.

There are a lot of reasons why CNN is engulfed in its well-deserved nose dive, but the most obvious one is “normal” people don’t watch the channel for real news on politics and government any longer. Fox News used to hold that distinction practically alone — or at least it did until Election Night, which instituted its own precipitous ratings decline — but without Trump to provide the all-derangement-all-the-time entertainment subject matter, CNN’s frantic producers wore scars in their scalps, itching to find something, anything, to put on the screen.

Tuning into CNN without Trump is akin to the geeks in “Revenge of the Nerds” trying to find creative ways to entertain their invited guests (the representatives of a fraternity they wanted to join) but failing miserably to generate any excitement. What would you expect? They’re nerds. They’re boring by definition. Then, in the movie, “Booger” hauls out some rather sizeable “Wonder joints” and passes them around to kick the bash into high gear. Unfortunately for CNN, there isn’t enough legal reefer in the U.S. to make them seem remotely interesting.

Further, the judgmental enforcers of acceptable (to the elites) commentary won’t like me for saying, but another unsolvable media problem is Biden’s lead public relations person, Jen Psaki, is neither as attractive nor amazingly competent as Trump’s brilliant and beautiful spokesperson, Kayleigh McEnany was during her tenure at the White House. As a wise friend pointed out to me last week, Psaki isn’t even good at covering for the intellectual bankruptcy of new Vice President Kamala Harris.

Harris herself no longer can hide from the scrutiny that should’ve accompanied her each day after being named Biden’s running mate last summer. Instead of the typical brainless adulation over Harris’s ethnic background and gender, why wasn’t CNN, MSNBC and the other major establishment media sources delving into the reasons why the former California Attorney General and freshman senator didn’t even make it to the first Democrat primary in her presidential run? Could it be that Harris was a nasty, empty pantsuit who only attained notoriety because of what she is rather than who she is?

Biden himself isn’t exactly eye-catching either. The new president is perhaps at his best when telling stories or rubbing elbows with old colleagues. His press conferences are snooze-fests and who really wants to watch the broken down old swampy dinosaur sign another executive order checking off some liberal interest group’s demand list? I think people would prefer watching an award ceremony for resident-of-the-week at a senior care center.

CNN’s — and the rest of the establishment media’s — ratings predicament isn’t likely to improve anytime soon. The channel may enjoy a temporary spike in interest while Trump’s impeachment trial takes center stage, but the feeling will fade quickly once the matter concludes. Nancy Pelosi and Chuck Schumer can only whine and kvetch for so long.

No one truly knows how the liberal journos will fill the void. By unfairly kicking Trump during his tenure as president and then lying and distorting his record ahead of last year’s election, the media has cut off their nose to spite their face.

Reality must be an arduous and phlegmy lump to swallow for the likes of CNN. Pass a tissue, please.