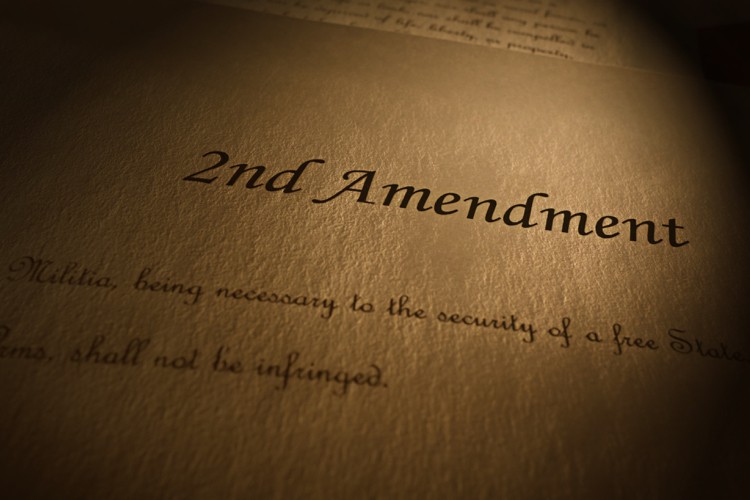 Leftists have made clear that they believe only the government should have guns, and a new bill proposed in Congress would be a huge step toward making this a reality.

The bill’s provisions are staggering, in fact, according to analysts who’ve tried to make sense of its technical language.

“First, HR 127 establishes a federal firearms registration system that will be accessible by federal, state, and local governments, including the military — even the GENERAL PUBLIC!” relates writer Howie Katz.

“The system will track the make, model, and serial number of all firearms, their owners, the dates they were acquired, and where they are being stored.”

Note that when The Journal News in Westchester County, New York, printed the names and addresses of registered handgun owners in its coverage area in 2013, it caused an uproar. And one point made at the time also applies to a universally accessible registration system: If someone wanted to rob you, he could know precisely how you were armed or if you were unarmed — and hence easy prey.

In fact, in that incident’s wake, the Rockland County Times “asked several former convicts what they thought about the publication of registration information,” related America’s 1st Freedom in 2016. “The convicts all agreed that it would be an outstanding list for burglars to use.” Moreover, making such records public can render you vulnerable to cancel-culture action in today’s political climate.

Worse still, H.R. 127 is retroactive, states author and blogger Michael Snyder. “Within three months, you would have to report to the government where you bought all of your guns, when they were purchased, and where they are currently being stored,” he writes.

Firearm owners “would also have to report the identity of any person to whom, and any period of time during which, the firearm will be loaned to that individual,” adds Citizens Committee for the Right to Keep and Bear Arms chairman Alan Gottlieb.

Of course, this makes it easy for the government to confiscate your weapons in the future. In fact, as in Australia, the historical pattern is for registration to precede confiscation.

Yet selective “confiscation” could occur long before the collective variety because H.R. 127 also requires licensing, inclusive of a psychological evaluation.

“The licensing requirement mandates that the license applicant undergoes a criminal background check, and then submits to a psychological evaluation to determine whether the person is psychologically unsuited to possess a firearm,” as Gottlieb puts it. “Successful licensees must show they have an insurance policy which will cost $800.”

By the way, if a poll tax is illegal because it places an undue burden on the poor, why should what’s in essence a gun “tax” be allowed, especially since at issue is a constitutionally guaranteed right?

While Snyder points out that many guys wouldn’t want a government-approved psychologist assessing their mental fitness, more must be said. The reality is that the social sciences in general are a bastion of liberalism.

As Quartz wrote in a 2015 article titled “Social psychologists are almost all liberals — and it’s really hurting the field,” “In 2011, Professor Jonathan Haidt, of New York University’s Stern School of Business, asked a gathering of some 1,000 psychologists to raise their hands if they identified as politically conservative. Exactly three people did.”

Thus is it unsurprising that the social sciences have become what they are: the (pseudo)scientific arm of leftism. That is to say, liberals in politics make a claim, and social scientists provide a specious “scientific” basis for it.

Moreover, we’ve for years heard that conservatives are mentally ill. This columnist states that “Trumpism Qualifies as Psychosis,” for example, and Psychology Today has claimed thatTrump supporters generally have “5 key” negative traits and that they exhibit distortion of reality.

So what do you think the chances are that deviation from approved orthodoxy would be used, social-credit-score style, to deny gun licensing?

Yet there’s still more. According to Katz, “For the psychological evaluation, a licensed psychologist will interview individuals’ spouses and at least two other family members or associates to ‘further determine the state of the mental emotional, and relational stability of the individual in relation to firearms. Licenses will be denied to individuals hospitalized for issues such as depressive episodes; no duration for license disability is specified, and it does not matter whether the individual sought help voluntarily.”

“Finally, HR 127 also criminalizes the possession of ‘large-capacity magazines’ (those carrying greater than 10 rounds) and ‘ammunition that is 0.50 caliber or greater,’” Katz also writes.

“There is no grandfathering clause in Jackson Lee’s bill,” he continues. “That means if you have an old rusting .22 rifle sitting in … one of your closets, you will have to comply with all the provisions of the bill or face a heavy fine and possible imprisonment.”

The good news is that H.R. 127 does not as yet have any co-sponsors. The bad news is that it absolutely aligns with Democrats’ aims. So we should expect something of its nature to pass the House in the foreseeable future.

As Snyder points out, all of this is happening at precisely the time crime rates are skyrocketing because of many Democrats’ refusal to enforce just laws and their releasing of criminals onto the streets. So it’s not enough for the leftists to throw a cat to the wolves — they want to declaw him as well.

Of course, all this means far more if we confuse the feds with feudal lords and government with God. These proposals don’t mean as much if we on the state level just say to the feds, “If you can nullify constitutional amendments, we can nullify you.”