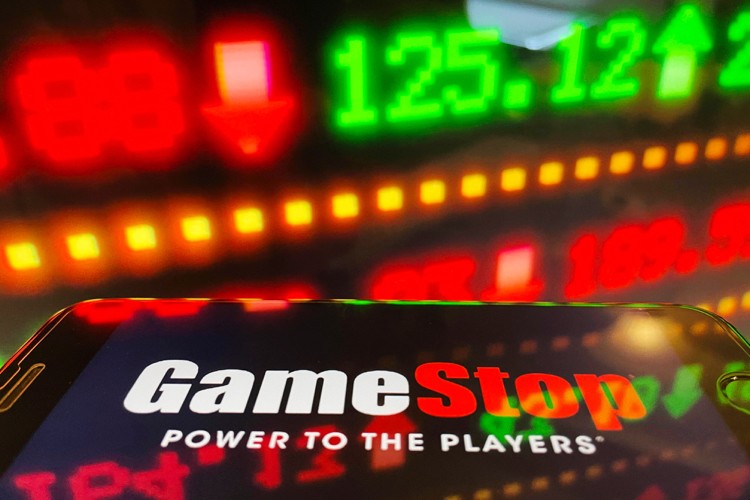 “Looking out for the little guy” used to mean protecting him. Now it sometimes means “Look out! He might get some of what we got!” as the Establishment protects itself from him.

The GameStop story is now all over the news. For some background, know that hedge fund Melvin Capital “had a massive, and very public, short position on GameStop,” explained the Federalist. “Enter Reddit. A bunch of Redditors who followed the stock market realized that this billion-dollar hedge fund had a problem on its hand: Due to a combination of factors, GameStop somehow ended up with more short positions than outstanding shares.”

“The Redditors realized they could pull off what’s known as a ‘short squeeze,’” the site continued. “If they started buying up GameStop stock and refusing to sell it, they could crush the hedge fund as its short positions came due, potentially even driving it into bankruptcy, all while profiting in the market by purchasing a stock that was once in the single digits and watching it approach $50 and then $100 and $200 and even $300.”

It worked, too. The GameStop short sellers’ losses were enormous, approaching $5 billion, and Melvin Capitol required an infusion of $2.75 billion from a still larger hedge fund to survive. It was too big to fail, apparently.

“And that’s when the Wall Street empire struck back,” the Federalist also tells us. “Suddenly, the federal Securities and Exchange Commission, or SEC, which purports to be a Wall Street regulator but instead operates as little more than a Wall and Broad soothsayer to a public skeptical of Wall Street’s power, weighed in and intimated that it might investigate or even shut down the trading of GameStop stock to prevent the price from getting even higher.”

“Then the Wall Street-backed trading apps and the Wall Street brokerages joined in, announcing they would no longer allow their users and retail investors to buy GameStop stock,” the site further informs. “The result? When you can no longer buy a stock, its price can only go in one direction: down.”

Thus did GameStop’s shares fall 40 percent on Thursday as a result, convincing people the fix was in. “The limits mostly came off on Friday, and shares rocketed higher,” writes Breitbart. “Robinhood, the popular app-based broker, said it had restricted trading in response to regulatory requirements and not at the request of big Wall Street players such as Citadel.” (Note: There is now an unconfirmed allegation by a purported Robinhood employee that Sequoia Capital and the White House pressured the company to suppress trading.)

Whatever the case, don’t think that the Redditors’ behavior is unusual or considered beyond the pale. In fact, “Wall Street has a long, storied history of viciously crushing short-sellers. It’s something of a local pastime,” the Federalist also writes, and then explains:

“Just ask David Einhorn, who wrote an entire book on the industry’s efforts to destroy him for the crime of shorting the stock of a bank that was covering up the fact that a huge chunk of its loans were garbage and would never be paid back. The GameStop saga isn’t about the benefits, or evils, of short-sellers.”

Not at all. Rather, it’s another front in the Establishment-populist war, another example of the pseudo-elite vs. the street. “The rules here are simple: Heads Wall Street wins, tails you lose,” as the Federalist puts it. But the larger picture is that it’s “heads the Establishment wins….”

In fact, with the Wall Street rules having been changed mid-game, the Redditors’ plight parallels what befell President Trump in the election. Certain states, circumventing their state legislatures, changed their election laws unconstitutionally and late in the game, and five swing states appeared to pause vote counting while Trump was ahead — much as Establishment Finance paused purchase of GameStop stock.

The reason was the same: To allow the Establishment to achieve the gains it desired: power in one case; money in the other.

But there are many examples of the Establishment-fix phenomenon. For instance, we’d often hear when conservatives complained of Big Tech censorship, “If you don’t like it, start your own social media company.”

But when Parler.com did just that and was successful, Establishment Tech decided to scuttle it by denying it the infrastructure it needed to stay online. Again, the rules were changed mid-game.

Don’t complain about it, either. After the aforementioned Robinhood app-based broker was inundated with negative online reviews over its GameStop actions, Google deleted 100,000 of the reviews.

And so it is always. Mail-in voting is a health imperative until it concerns an Amazon-employee unionization vote; then it’s a threat. Rioting is tacitly (and occasionally openly) approved when it serves Establishment ends and is normalized, but then is condemned when populists (allegedly) do it. Questioning election outcomes at first “denigrates” our system, as Hillary Clinton put it in 2016, but then became reflexive with a Trump win; now that an Establishment figure is back in office, though, it’s a “threat to our democracy.”

As for the GameStop manipulation, it has been condemned by figures as disparate as Alexandria Ocasio-Cortez (D-N.Y.) and Senator Ted Cruz (R-Texas). Barstool Sports head Dave Portnoy even called for the arrest of complicit Wall Street figures (video below). 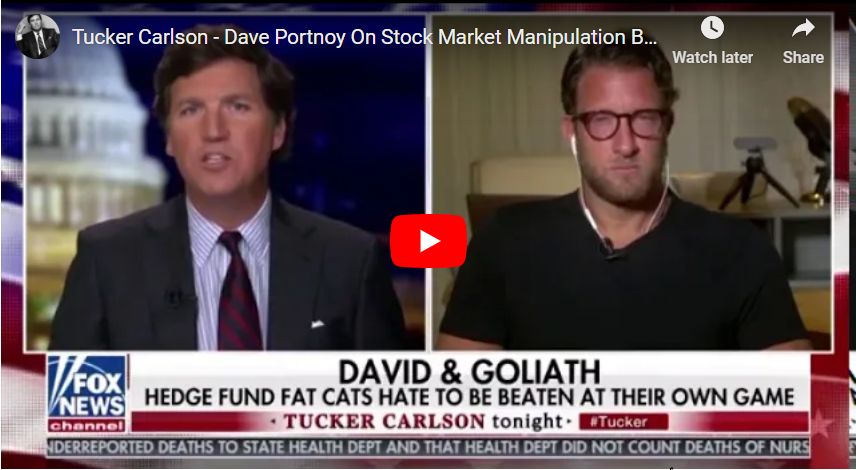 But here’s the problem: These aren’t the people who go to jail.

They’re the people who decide who goes to jail (and they never pick themselves).

Just ask Roger Stone or Paul Manafort or Michael Flynn. You could even ask John Brennan, James Comey, or Jim Clapper — all of whom committed the crime of lying before Congress — if you could administer a strong truth serum.

Oh, that would be an exaggeration — at least somewhat. The truth is that the Establishment “increasingly” can do the above. But I’ve heard people condemn the Redditors as a “mob.” Accepting this characterization, however, what should we call Establishment types whose appetites for power, money, or prestige are insatiable? Can the battle being waged here be called, then, the mobs vs. the slobs?

Whatever you call it, this is, tragically, the stuff of which revolutions are made. And it’s why it is so vital to use our freedoms to save our freedoms, by restoring election integrity, using the proper power of nullification to declare unconstitutional federal acts “null and void” at state borders — and spreading the Truth.