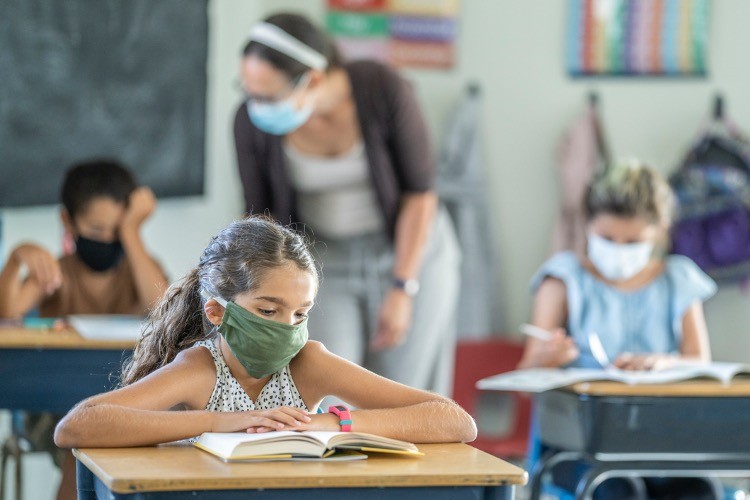 In the Land of Lincoln, a set of rigorous new rules has been proposed for K-12 public-school teachers that will give government total control of what students learn and how they learn it, effectively turning students into at-will activists for far-left, progressive issues.

The state-approved Culturally Responsive Teaching and Leading Standards (CRTL Standards) illustrate the latest attempt by the Left to transform American schooling to conform to the beliefs and values of their singular worldview. If ratified by the Illinois Joint Committee on Administrative Rules (JCAR) on February 16, 2021, the CRTL Standards would require that educators become “culturally responsive” to a host of highly politically charged issues, teaching leftist dogma such as the idea that widespread racial discrimination and gender discrimination exist and are the result of long-enduring systems of societal and cultural oppression. Under these standards, teachers would be forced to “create curriculum content to include a counter narrative to dominant culture,” among other mandates. The new regulations would be incorporated into all teacher trainings and certification requirements, and those who refuse to comply could face disciplinary action or termination. 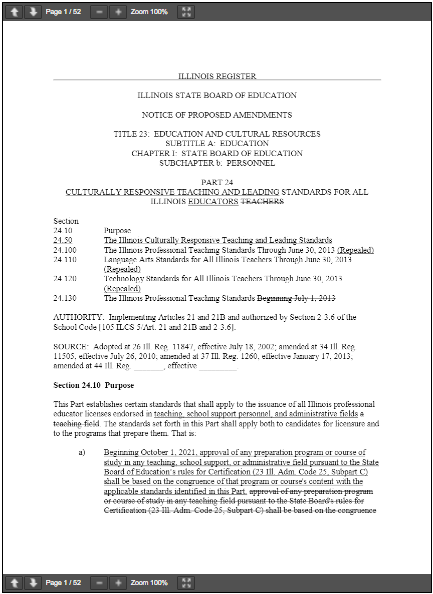 As of this writing, these extensive changes have received meager opposition. However, education researcher Nathan Hoffman voiced his resistance to the rules in a recent op-ed: “With these new proposed standards in place, a teacher in Illinois need not demonstrate competency in their basic knowledge of academic material but will have to demonstrate knowledge in concepts that are not only contentious but push an overtly political ideology outside the mainstream of the social and cultural debate.”

Still, the fact that there has been very little pushback on such drastic departures from previous standards raises the question of whether parents have been made aware of the proposed rules at all. In these extraordinary times, parents often blindly follow the “safety” orders of their districts, until it is too late. This was the tragic reality for Illinois mother Lisa Moore, whose teenage son, Trevor Till, died by suicide in October 2020. Moore is now suing Illinois Governor J.B. Pritzker, a Democrat, claiming the state’s lockdown restrictions were a “proximate cause” of Trevor’s death.

In another federal lawsuit, this one in Nevada, a black mother of a high school senior, who is biracial, is suing a Las Vegas charter school, alleging the institution is “indoctrinating children into the view that white people are inherently racist and perpetuating their economic and political power by oppressing people of color.” The new curriculum at this school was reportedly implemented without parental involvement or notification.

Specifically, the proposed CRTL standards outline “Self-Awareness and Relationships to Others,” “Systems of Oppression,” “Students as Individuals and Co-Creators,” “Leveraging Student Activism,” and “Student Representation in the Learning Environment,” among other concepts. In other words, parents should understand that if these ideas are adopted as the revised curriculum, instructors will be directed to teach students to identify their race, gender (at this point in time there are more than 60 terms for gender identities), and sexual orientation based on alleged notions of “oppression,” “white privilege,” and “systemic racism,” for the purpose of advancing social activism. Long gone are the three Rs, as none of the foundational concepts of reading, writing, and arithmetic are mentioned in the proposed CRTL rules.

To that point, Hoffman affirms that “in 2019, only 37 percent of Illinois third graders could demonstrate grade-level proficiency in English-language arts and only 41 percent could demonstrate grade-level proficiency in math.” With such dismal results, one wonders if even the teachers are proficient in these core academic areas. Hoffman explains that the Illinois General Assembly eliminated the required skills test that evaluated understanding and application of core academic disciplines, such as math and literacy. If the CRTL standards are implemented, there will be an increased emphasis on topics of race, gender, and inclusion, likely reducing even further the focus on real education.

Since 2010, when Common Core ushered in a cornucopia of government-issued standards of education, far-left ideologues have been rewriting the roles of educators. The CRTL standards are also game-changing, and will alter public education in Illinois for a generation of children. Teachers and parents nationwide must be made aware of the proposed revisions, as the impact of the Illinois state decision will be lifelong. If the JCAR adopts these mandates on February 16, other states will likely follow suit with their own standards, and public education will no longer teach core academia. Readers looking for more information or to raise concerns or questions should go to JCAR member Representative Steve Reick’s Call to Action page. For further information on the state of our public education in America, see our special issue on Rescuing Our Children.

Annalisa Pesek is a writer and former assistant managing editor of Library Journal, Book Review. She lives in the Seattle area.