Biden Moves To Set The Mideast On Fire Again 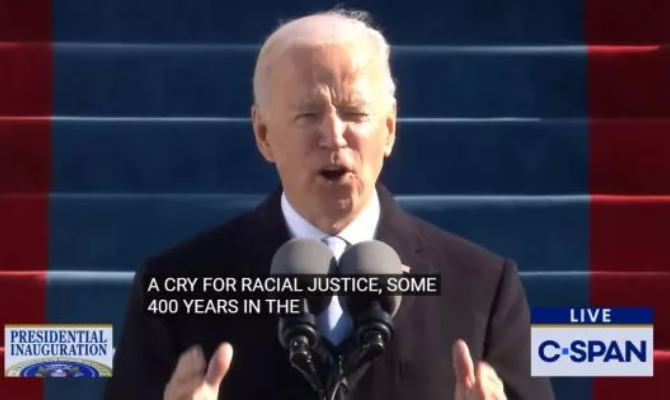 Biden Moves To Set The Mideast On Fire Again

The echoes of Joe Biden’s hectoring inaugural address had barely subsided when the new Democrat President sent a convoy of some 40 American trucks and armored vehicles from Iraq in to Northeast Syria. At the same time, Syrian news sources also reported that some 200 US troops arrived in Syria’s Hasakeh province on helicopters.

The move to reinsert troops President Donald Trump had withdrawn from Syria appears now to be only the preface to further moves by the Biden administration to undermine the fragile peace in the region and dismantle the framework of the Abraham Accords peace deal between Israel and various Arab states.

The Abraham Accords normalized relations between Israel, the United Arab Emirates and Bahrain, and later Sudan and Morocco signed a similar agreement. Central to the deals were commitments by the United States to assist the Muslim states with interests including food for Sudan and arms to protect the Gulf States from Iranian aggression.

Now, the Biden Administration has decided to walk away from those carefully crafted agreements by imposing a freeze on arms sales to Saudi Arabia and the Gulf States.

This will be seen – correctly – as a return to the pro-Iranian policies of the Obama era and a message to the Arab peoples of the Middle East that they are on their own versus their traditional Persian enemy.

Our friends at Americans for Limited Government summed-up the situation in a statement issued by the organization’s president, Rick Manning:

The Biden administration has imposed a temporary freeze on U.S. arms sales to Saudi Arabia and the United Arab Emirates as it reviews billions of dollars in weapons transactions approved by former President Donald Trump.

“Joe Biden’s antiquated view of Middle East foreign policy is not only wrong, but it is now dangerous. His decision to freeze arms sales to both the United Arab Emirates and Saudi Arabia shows a profound disrespect for President Trump’s historic peace deals between Israel and four Muslim countries with historic animosity towards the Jewish state. It may even lead to an unraveling of the current peace.

“The actions of the current occupant of the Oval Office are evidence that he has zero grasp of the current situation on the ground and longs for the good ole days when the region was on fire and the U.S. government funded terrorism through the pallets of cash his administration sent to Iran in exchange for a deal which guaranteed the Ayatollah a pathway to nuclear weapons.

“I pray that someone wakes up to this gigantic mistake and corrects it before the region devolves into the chaos that existed when Biden was last entrusted with power.”

Mr. Manning is right of course, and unfortunately after some ill-defined period of review we can’t expect that the “professionals” at the Pentagon or the National Security Council will give Mr. Biden better advice.

General Lloyd Austin, the new Secretary of Defense, had what commentators have charitably called “lapses” as the head of Central Command, which handles U.S. military operations in the Middle East and South Asia.

During Barack Obama’s second term CentCom was allotted $500 million to organize a rebel army in Syria, under Gen. Austin CentCom recruited only 60 fighters, all but a handful of whom switched sides or were killed in their first engagements. CentCom was also accused, under his command, of slanting intelligence on ISIS to make the militia group seem weaker, and to make it look like the U.S. war against the Caliphate was progressing more rapidly than was actually the case.

President Trump had a clear strategy of building-up America’s Arab allies and normalizing relations between Israel and Muslim states. Trump was right to pull Americans out of harm’s way in northern Syria and put the Kurds in charge of mopping up ISIS and protecting their ethnic enclave. Biden’s redeployment of Americans back into Syria, while at the same time abandoning the American commitment to the Abraham Accords, can only reignite the Middle East tinderbox.