With Biden’s Radical Immigration Order, We May Have Less than 14 Days to Disaster 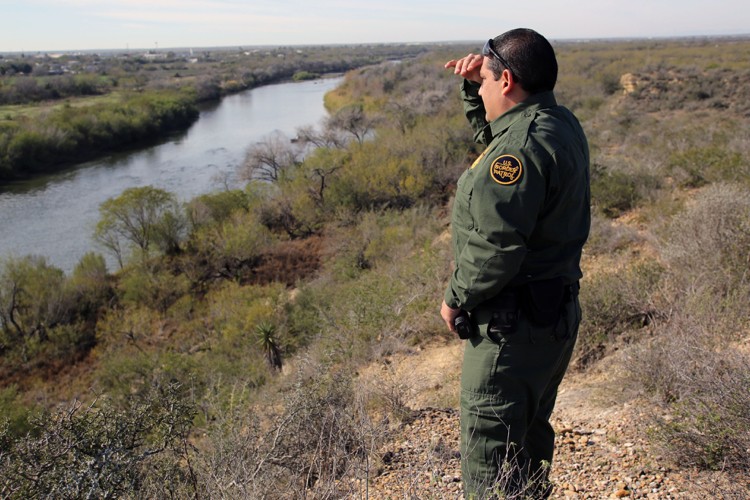 With Biden’s Radical Immigration Order, We May Have Less than 14 Days to Disaster

Unless the temporary restraining order against Joe Biden’s immigration “moratorium” becomes permanent, we have just a bit less than two weeks to disaster. This is essentially the message of former White House aide Stephen Miller, who warned Monday that Biden’s executive order is the “most extreme direction … in the history of modern law enforcement.”

Miller, who worked in the Trump administration, appeared on Fox News show Tucker Carlson Tonight to outline provisions in the order the mainstream media have ignored.

“Let me break it down for everybody,” he told host Carlson during a logical, fluent, sequential presentation. “Acting Secretary Pekoske [of the Transportation Security Administration] issued a memorandum on the evening of January 20th, the day of the Inauguration, putting into place a 100-day deportation moratorium. There’s very narrow exceptions in that memorandum that would apply to only a handful of people in a given year.”

These would be “terrorists and spies and really extraordinary cases,” he continued. “But the 180,000 people that ICE [Immigration and Customs Enforcement] removed last year, those same 180,000 people could not be removed this year as a result of that deportation moratorium.”

Miller then pointed out that 92 percent of the 180,000 are criminals — and that there is no “exceptions clause” for them in the order.

What this means operationally, explained Miller, is that ICE officers’ work would “grind to a halt” upon the plan’s implementation.

The Provisional Abolition of ICE

But Biden’s order would make this impossible and essentially abolish ICE on a temporary basis. As Miller stated, every “sheriff’s office, every police department, every correctional facility in the country that for years has been handing over illegal aliens to ICE to pick them up and take them home, which is the bread and butter of ICE’s work, all of those people will not get picked up anymore.”

Miller explained that this is because you can’t arrest someone you can’t deport, as ICE doesn’t have jails but “detention facilities exclusively for staging people for removal.” If you can’t remove them, you can’t pick them up.

This means that upon the Biden order’s implementation, approximately 12,000 to 15,000 criminals per month would be released back into American communities, said Miller.

It gets worse, though. The order also forbids ICE from removing visa overstays — lawbreaking foreign workers and students — who comprise 42 percent of all illegal aliens. So worksite “enforcement, Tucker, gone,” Miller said to host Carlson. “It doesn’t exist anymore.”

“As of January 20th, Joe Biden has declared there is no more workplace immigration law,” he continued.  “You as a U.S. citizen do not have the protection of your laws. Your civil rights do not matter” (video below). 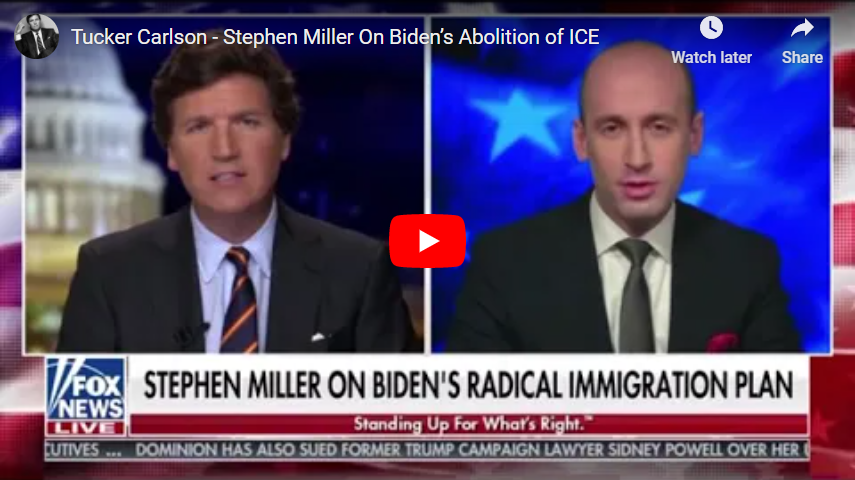 Yet there’s still more. Miller concluded by explaining that you also can’t be deported for not appearing in immigration court. Moreover, even if you do show up for your court date and are ordered deported, but decide not to go home, no one can remove you.

The good news, for the moment, is that a federal judge issued a 14-day restraining order on Tuesday against the Biden immigration scheme. But the clock is ticking, and appeals will follow.

It should be noted that since Biden suffers dementia and is likely a puppet at this point, he may not even know all that’s in his executive order. But this doesn’t change the basic issue.

That is, our country is reeling from lockdowns and other COVID-19 regulations, the consequent economic damage, many months of hundreds of violent left-wing riots, burgeoning crime resulting from liberal officials applying slap-on-the-wrist policies and releasing American criminals onto the streets, and growing national discontent. So why would Biden’s handlers destabilize the country further with a destructive immigration scheme?

Part of the equation is perhaps that it’s a feature, not a bug, and that the Left wants to sow discord and unrest to justify greater removal of civil liberties and arrogation of power. Related to the latter, however, the scheme is also for sure driven by immigrationist goals.

Remember that since 1968, 85 to 90 percent of our immigrants have come from the Third World, and 70 to 90 percent of this group votes Democrat upon naturalization. Now, if you were an amoral power monger bent on total control and realized you could just import voters, wouldn’t you do it?

The faster Democrats can change American demographics, the sooner they can make their 1984 dream, and your nightmare, a reality.