Unite and Heal With Show Trials and Fascist Purges 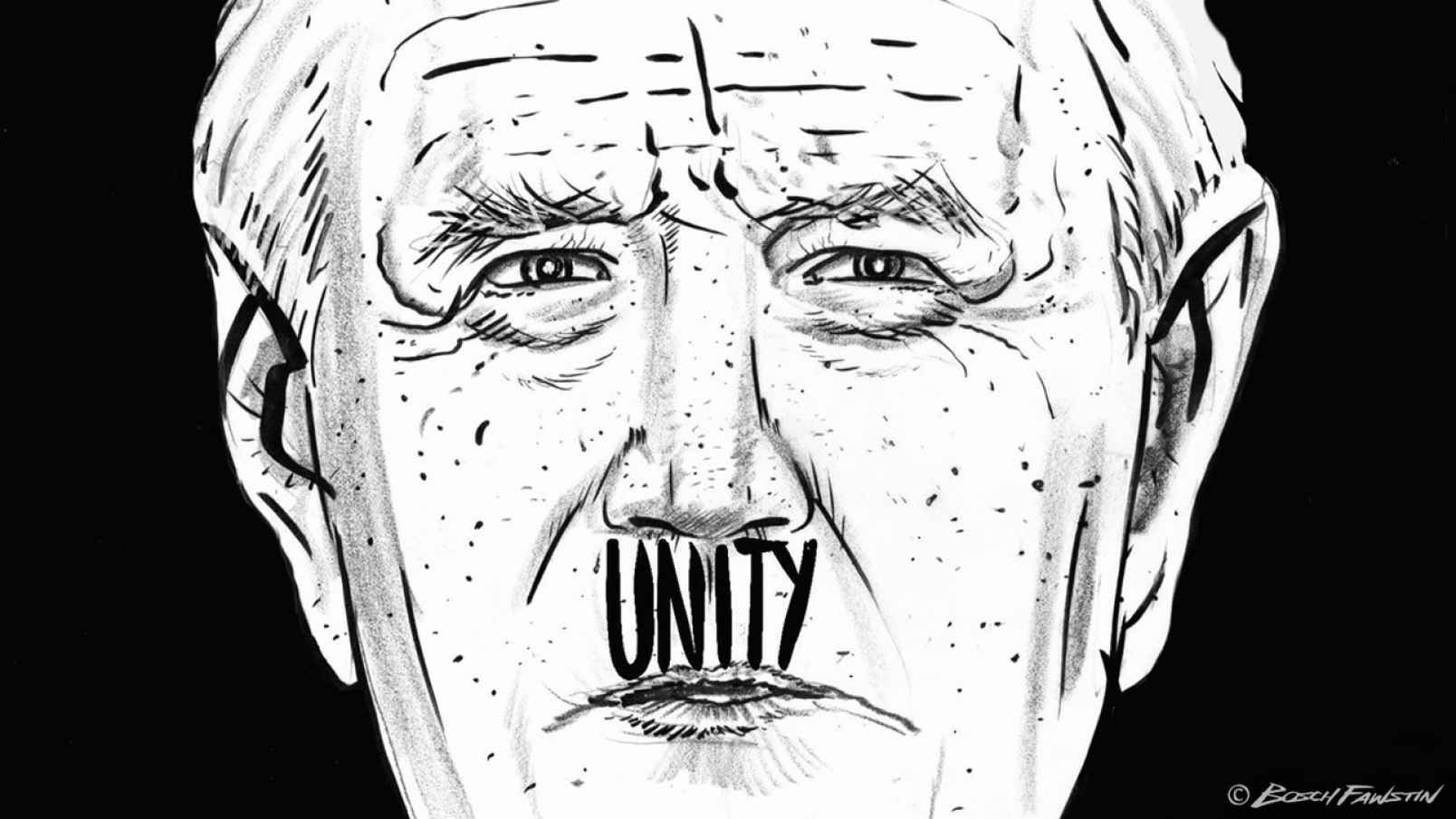 Unite and Heal With Show Trials and Fascist Purges

Enjoy unity at gunpoint in the Bidenist banana republic.

Joe Biden has called for “unity” and “healing”. And nobody knows as much about healing as Joe whose wife has a doctorate in education from the university that hosts his Biden Institute and the Beau Biden Foundation which was charging $3K for lessons on preventing online child sex grooming even as Hunter’s laptop with the Foundation’s sticker allegedly showed him doing it.

Except maybe Joe’s brother who took out $650,000 in personal loans from a company that bankrupted local hospitals while trading on his brother’s name and connections to his campaign.

“I think it has to happen,” Biden said, mandating the show impeachment trial of his predecessor.

Once upon a time, impeachments were rare things. These days, Democrats aren’t considered truly progressive if they don’t impeach a Republican president twice in one term. President Trump is back in Florida, but that won’t stop the Democrats from impeaching him anyway before they move on to impeaching the presidents like Washington and Lincoln whose statues their insurrectionist mobs were toppling all summer and fall back when insurrection was still cool.

When asked how he defines unity, Joe Biden, with the help of three teleprompters and a small staff communicating with him through his earpiece and a series of frantic signals and hoots, explained that, “If you pass a piece of legislation that breaks down on party lines but it get passed, it doesn’t means there wasn’t unity — it just means it wasn’t bipartisan.”

Like most ideas that travel the circuitous route between his handlers, his brain, and his mouth, it may be impossible to understand what Joseph Robinette Biden Jr. said, but it’s pretty clear what the senile hack ruling a city under the shadow of military occupation and political terror meant.

Or as Speaker Pelosi put it, “I don’t think it’s very unifying to say, ‘Oh, let’s just forget it and move on.’ That’s not how you unify.”

How do you unify? The same way every great democratic people’s regime did from France to Russia to China to San Francisco — with show trials and purges of the enemies of the people.

Nothing says unity like a city full of barbed wire and soldiers. Not to mention a one-party system that is obsessed with criminalizing its political opposition using a fake state of emergency.

“There can be no unity, federal or other, with liberal-labour politicians, with disruptors of the working-class movement, with those who defy the will of the majority,” Vladimir Lenin wrote. “There can and must be unity among all consistent Marxists.”

The only unity on display is the unity of “consistent Marxists” who claim to represent the will of the majority, or those parts of it willing to trade harvested ballots for a fruit basket and $25 gift cards, as they move to heal the country by eliminating women, suburbs, and the economy.

The show trial of President Trump and the city full of soldiers is just the opening act to the Great Purge of a domestic terrorism crackdown on anyone who ever retweeted the wrong meme.

Biden will embed a domestic terrorism office in the NSC, making the NSC’s former abuses under Obama routine as a system meant to track foreign enemies is instead used to surveil domestic political opponents. Heading the effort will be Joshua Geltzman who had formerly falsely claimed, “No, Black Lives Matter is not a terrorist organization.”

Inside of a month, Democrats had redefined riots and election challenges from the highest form of patriotism to an attack on democracy. And by “democracy”, they mean the Democrat Party.

Popular leaders don’t take their false oaths of office in a deserted city surrounded by barbed wire and military checkpoints manned by 25,000 troops. Nor do they engage in show trials of their predecessors or unroll massive efforts to surveil, arrest, and silence their opponents.

That’s not the stuff of healing, but it is how you unite a country at gunpoint under your rule.

After four years of vowing to remove President Trump by any means from massive riots to illegal eavesdropping to coups, the Democrats declared an emergency because a few Republicans had done 10% of the things they had been doing, but without dressing up as human genitalia.

Democrats had been collecting bail fund donations for mass arrests in post-election protests and even a “separate fund to raise money for the families of anyone killed in violence on or around Election Day.” And then they pivoted from prepping body bags to declaring that insurrection was a national emergency which will require the National Guard to sleep in parking lots where they won’t annoy Democrat House members until Biden sees his own shadow.

That or the show trials wrap up before they get around to mandating that all future elections take place at Democrat campaign offices preceded by poll tests about equity and white privilege.

Meanwhile the Democrat media went from writing sympathetic pieces about BLM lawyers throwing molotov cocktails at the police to demanding a thorough purge of every single person who had ever questioned the idea that Joe Biden might not be the most popular politician ever.

“Marxist philosophy holds that the law of the unity of opposites is the fundamental law of the universe,” Mao had argued. ” Under this system, the people enjoy extensive democracy and freedom, but at the same time they have to keep within the bounds of socialist discipline.”

The bounds of socialist discipline, like a black hole, sucks things in without letting them out.

Democrats aren’t proposing that Americans unite under the Constitution. There’s no room in the Constitution for criminalizing political opposition or impeaching presidents after they leave office.

The Democrats want to make sure we stay within the shrinking bounds of socialist discipline.

Unity just means bringing the opposition into the dialectic and then making sure that it plays by the new rules of the game even if they were invented last week by way of convenience.

The new rules of unity are that no one may question an election that the Democrats claim to have won, no one may say anything that Big Tech doesn’t like, and no one may suggest that Biden’s Assistant Health Secretary is a middle-aged man in a dress and a flowing blonde wig.

Questioning an election has become incitement to insurrection. To suggest that there’s anything illegitimate about Biden is sedition. Unity means believing that Joe Biden legitimately won an election for which Democrats changed the rules beforehand, then declared a national emergency, and inaugurated him behind barbed wire and lines of soldiers authorized to shoot.

That and believing that his assistant health secretary is a woman.

Believing implausible things is the essence of party discipline. If you want to understand how hardened Communists could shout, “Long live Stalin” just before they were shot in the gulags, it’s because they had spent a generation being conditioned to believe whatever they were told.

“The party told you to reject the evidence of your eyes and ears. It was their final, most essential command,” George Orwell wrote in 1984.

When slavery is freedom, and ignorance is truth, then repression becomes healing. The dialectic unites opposites, turning lies into truth, and flattening all contradictions. The message of the party becomes a gnostic mystery whose paradoxes are overcome by political faith.

The evidence of our eyes and ears is more valuable than ever in an environment of lies.

And that ocular and aural testimony finds scant evidence of unity, but plenty of repression. Americans aren’t coming together, they’re being driven further apart under the guise of a manufactured emergency being declared by insurrectionist rioters suddenly turned patriots.

D.C. isn’t the epicenter of unity and healing, but of a wave of political purges targeting everyone from President Trump to ordinary Americans whose political views are being criminalized.

There’s no healing to be found in show trials and political purges. Only the unity that comes from eliminating the political opposition in your very own Bidenist banana republic.