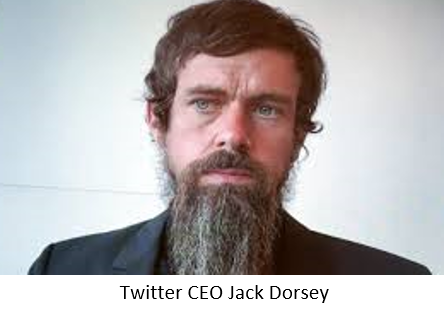 Twitter is continuing to allow users to post and maintain content celebrating and in some cases encouraging progressive-aligned violence even as it cracks down on content glorifying violence across the rest of its platform.

The microblogging site made global headlines earlier this month when it announced it was permanently banning then-President Donald Trump for what it claimed was the president’s risk of inciting violence following the Jan. 6 riot at the U.S. Capitol.

The company claimed that Trump’s announcement that he would not be attending the Jan. 20 inauguration of Joe Biden — as well as his praise of the tens of millions of voters who cast a ballot for him in the 2020 election — could potentially be “mobilized by different audiences, including to incite violence.”

Those two messages “are likely to inspire others to replicate the violent acts that took place on January 6, 2021,” the company said.

Twitter at about the same time also banned the accounts of Michael Flynn and Sidney Powell, citing their promotion of the QAnon conspiracy theory as a further risk of violence. This week, meanwhile, it reportedly suspended over 500 accounts after a violent rally in India.

Yet even as Twitter signals its intent to begin more aggressively enforcing its violent content policies, the company has nevertheless allowed the proliferation of countless tweets that celebrate violence in line with left-wing ideology.

Prominent among them have been an avalanche of tweets criticizing Kentucky Republican Sen. Rand Paul. The senator in recent days has been an outspoken critic of the ongoing effort by congressional Democrats to convict former President Donald Trump in a post-presidency impeachment trial in the Senate. This week, Paul attempted to preempt that trial by holding a procedural vote declaring it unconstitutional due to Trump’s already having left office.

In the midst of that effort, which ultimately failed, numerous high-profile Twitter users criticized the senator on the social media platform, openly referencing the November 2017 incident in which one of Paul’s neighbors assaulted him. During that attack, Paul sustained serious injuries that eventually required the removal of part of one of his lungs.

Actor and liberal activist George Takei on Sunday referred favorably to Paul’s assault in a tweet in which he wrote: “Admit it. These days we all sort of wish we had been Rand Paul’s neighbor.”

Podcaster Amy Westervelt, meanwhile, wrote: “Where is Rand Paul’s neighbor when you need him.”

Author Brandon Snider tweeted in favor of a “GoFundMe for Rand Paul’s neighbor to finish the job.”

It is unclear why Twitter would permit tweets in which users praise a violent assault on a sitting senator and even appear to encourage similar assaults on other elected officials. Company representatives did not respond to queries from Just the News about how their content policies are enforced in this area.

Yet the company has in other cases allowed posts to remain on its servers that appear to glorify and/or call for violence, with some of those posts actively encouraging violence that was at the time occurring.

Among the most notable examples was a tweet from onetime-NFL quarterback Colin Kaepernick, who at the time of the deadly George Floyd riots last year tweeted that “revolting [was] the only logical reaction” in that case.

“The cries for peace will rain down, and when they do, they will land on deaf ears, because your violence has brought this resistance,” Kaepernick wrote of the riots that would eventually go on to claim over a dozen lives.

Numerous less-visible users actively promoted violence during those riots. Amid an ongoing act of mob arson perpetrated on the Fayetteville, N.C. Market House, one user wrote: “Burn it to the ground.”

Another user urged his followers to “burn [Minneapolis] down” following several nights of violent, fiery protests in that city.

Other examples of seeming advocacy of violence go back even further. Shortly after Trump’s inauguration in 2017, actress Sarah Silverman appeared to call for some type of coup against the Trump administration, writing: “WAKE UP & JOIN THE RESISTANCE. ONCE THE MILITARY IS W US FASCISTS GET OVERTHROWN.”

That same year, comedian Kathy Griffin infamously posted a photo of herself holding a bloody likeness of Donald Trump’s decapitated head. She quickly removed the photo and apologized for it, but in November of last year she reposted the photo depicting the president’s severed head. As of Thursday of this week, that photo remained up on Twitter’s servers.