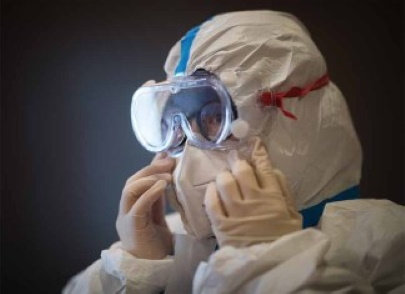 On Thursday, Anthony Fauci informed the World Health Organization that the Biden administration would participate in WHO’s vaccine-sharing project.

Fauci says the goal is to ensure “equitable access” to vaccines for all countries globally, rich and poor alike.

In other words, as Americans are struggling to get the vaccine, this clown is going to give our vaccines to the world.

It’s back to American Last with Democrats. Expect Biden to kill a lot of Americans, but save some foreigners.

According to the NY Post, President Biden has been under pressure from the public-health community to share the vaccine supply the United States has pre-purchased even before Americans who want shots receive them.

He’s not under pressure since he is basically clueless. This is a ruse. Zeke Emanuel said we were going to do this from the beginning. It’s what they always planned to do. They are giving themselves cover.

With the acronym COVAX, the vaccine-sharing project raises money to buy vaccines for developing countries and asks wealthier countries to donate actual doses. The COVAX dose-sharing principles, released Dec. 18, are causing controversy in France, England, Canada, and other countries struggling to vaccinate their own populations. COVAX wants countries to share their doses as they receive them, rather than wait to see what’s leftover. So far, Norway has agreed.

We are not wealthy. We are $30 trillion in debt, with Democrats planning to spend recklessly.

WHO Director-General Tedros Adhanom Ghebreyesus says it’s unfair for younger, healthy adults in countries like the United States to get injections before the frail and elderly in emerging countries. He calls it a “catastrophic moral failure.”

Duke University public-health experts also argue that high-risk groups in developing countries should get the vaccine before the US public. A report from the Duke Global Health Innovation Center complains that wealthy countries are monopolizing the initial supply.

Thursday’s White House statement on vaccine sharing says the United States will comply once there is “sufficient” supply here. What does “sufficient” mean?

He’s going back on Trump’s plan to purchase enough for Americans.