Expect Democrats To Move At Breakneck Speed Following The Blueprints Of The Soviet Union, Venezuela And Other Tyrannical Regimes Of The Past To Complete Their Crackdown Upon America 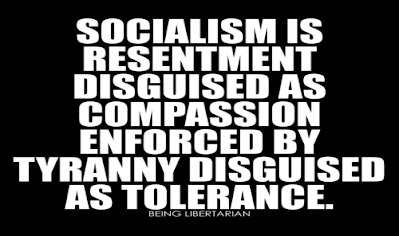 Expect Democrats To Move At Breakneck Speed Following The Blueprints Of The Soviet Union, Venezuela And Other Tyrannical Regimes Of The Past To Complete Their Crackdown Upon America

The country is under a once distant threat that is bullying its way through our culture. Big Government, Big Tech, academia, and entertainment are the four pillars that are destroying our countries foundations. Hell-bent on the destruction of our basic liberties, the progressive socialists, are following the blueprints of the one-time Soviet Union, Venezuela, and other regimes of the past.

Part of this blueprint is the canceling of our fundamental liberties. The Chinese virus is but the start of this tyranny. Following the rigged election of China Joe Biden, we are now hearing for the leftists a call for revenge. In academia, professors of public policy at Duke Bill Adair, also the founder of the far-leftist Politifact, and Philip Napoli have argued that there is a need for the government to decide what speech will be permitted. In their ivory tower, the poor snowflakes can not accept that there may be someone with ideas different from what they believe. They can’ handle disagreement but opt for the censorship of those they feel are below the.

In their world, the citizens cannot decide because they have believed all the lies fed to them by the opposition. They do not understand that facts matter and millions of people have decided to stop drinking the progressive socialist Kool-Aid and have started to think for themselves. Lied to by the leftist political officials within our midst and talking heads of television, the American people have seen the truth and will resist the temptation to allow our government officials to continue their run to the control of every aspect of our lives.

Big Tech and media’s crushing censorship will not change the facts and will not distort the truth. The American people will see through the lies and misinformation. The next step, which is just beginning, is the cancel culture of destroying the livelihoods and families of those who disagree. Big government is taking a more active role in the misinformation campaign and the politics of personal destruction. Moving at breakneck speed to further totalitarianism, the leftists call for a government-run by leftists and anarchists to further dictate what is or is not allowable speech.

Coupled with the liberal programs to revise our culture and history is persecution directed at the American liberty loving patriots. They are attempting to coerce the American patriots into bowing down and declaring our great country’s history is evil. Tearing down our monuments and revising our history have taken hold because we have let our educational system flounder on the shoals of progressive socialism that had its start under FDR and Woodrow Wilson.

(ANP EMERGENCY FUNDRAISER: Due to unexpected medical and emergency repair bills, please consider donating to ANP to help keep us in this ‘Info-war’ for America at this most critical time in US history, during a time of systematic ‘big tech’ censorship and widespread Democrat corruption.) 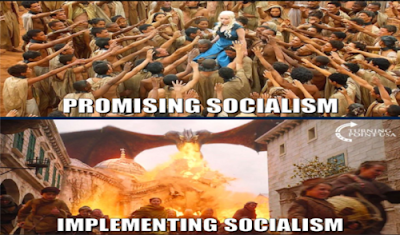 We are being told that if you believe in individual rights as enshrined in our Constitution and Bill of Rights, you must be a racist. The anarchists in the streets’ sole purpose are the creative chaos and attempt to cause the patriots within our country, the majority. The progressive socialists hope that the disorder will cause behavioral changes in the psyche of the American patriots causing patriots to bend in their beliefs to the point where they give up and submit to the globalists’ demands.

And make no mistake, the globalists, along with the factions within such as teachers unions and community activist groups that work to cause racial disharmony. Those in our government will never understand that the individual citizen is who built this country. Personal responsibility and rugged individualism are what this country was built on. Without personal responsibility,  the anarchists and the enablers behind them cannot be held accountable. And without rugged individualism, how can the people stand up to the sorts of things we see today in the circus of politics that threatens to bring this country down.

It may take some time, but the American people will stand up to the intimidation and force used by Marxist forces such as BLM and the Democrat Party. Andrew Cuomo, New York Governor and nursing home murdered, even stated on air that nowhere does it say that protests should be peaceful. But Cuomo can’t explain how riots, looting, and burning a citizen’s business taking away their livelihood can lead to a fearful police department that runs over someone in a mob surrounding the police car. Even our fake vice-president Kamala Harris has said that riots should continue; she even helped the few arrested to make bail. But she can’t explain that the riots will find everyone, including those in the Capitol who rules the supposed little people from on high. Where the progressive socialists have gained a foothold, threats, violence, censorship, and chaos follow. What will these socialists say when the populace has had enough and start fighting back. They have nothing they can do but declare it an “insurrection.” It will be civil disobedience and the American people’s triumph over the authoritarianism they, the progressive socialists, are trying to force upon us.

Leading with the devices at their command in social engineering, political repression, and destroying the best economy before the pandemic will lead to the ultimate collapse that is part of the plan the progressive socialism. By the end of the Biden/Harris regime, our constitutional separation of power and fealty to freedom and fundamental equality will begone. The replacement of the necessary foundation of our country will be tribalism and identity politics. The truth will be supplanted by the ideology of socialism, including mass censorship. Socialism will maintain the status quo of corporate oligarchies. It has been shown that even during the past socialist takeovers of democratic countries, the movement has been nothing more than a funded operation for the benefits of the elites in positions of power.

The mainstream media and the leftists are doing their best to make the “insurrection” a pivot point in the nation’s psyche because of a national election that will not admit it was stolen. The mountains of evidence were not investigated or ruled on by ANY court. The challenges that did make it to the courts were dismissed on technicalities and procedural issues. The evidence has never been examined, and in the few cases that made it courts, was dismissed out of hand without any investigation. The MSM and leftists won’t tell you this and refuse to allow anyone to question the election results. Why would they not let the citizens of a supposedly free country see the evidence and will enable us to decide for ourselves?

Is it because in the world of journalism of today, there can be actions to question or investigate any information that is not committed to “the Cause.” The globalist elites who have decided that the peasants need to be led without their consent and forced to agree to limits on their liberty. They claim this suppression is a constitutional norm and that the lower class must comply. The globalists see themselves as figureheads meant to make declarations that the peasants will bow down to and follow unquestioningly. They have badly misinterpreted the American people’s pulse and are ill-prepared to tamp down the citizen interaction. 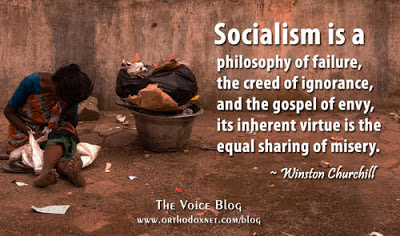 The Biden administration is a coup, an open attack on our country to usurp our republic and culture.

In the words of George Washington:

“The time is now near at hand which must properly determine whether Americans are to be freemen or slaves: whether they are to have any property they can call their own; whether their houses and farms are to pillaged and destroyed; and themselves consigned to a state of wretchedness.”

What more can be done to the middle class? Caught between the globalists and the progressive socialists in our Congress and the radicalized mobs such as Antifa and BLM below them, what is left open to the middle class? And it appears that the mobs destroying our cities and attempting to intimidate our citizens do not understand that what they are doing is becoming an ally to the socialist left. It doesn’t matter that socialism has never worked; these thugs don’t understand socialism. They have been brainwashed since earl yon through the leftists that indoctrinate them in our schools. Being told that in socialism, “the people” run everything and share equally, it will be a rude awakening when these mobs discover that the Insider elites in total control of consolidating and controlling the wealth.

Add to this the censorship, and cancel culture taken from the likes of the Soviet Union and understand that the anti-America cabal has plans to separate and chase the middle class hard working patriots from the forum of American politics.