Will Democrats Turn America Into Venezuela? 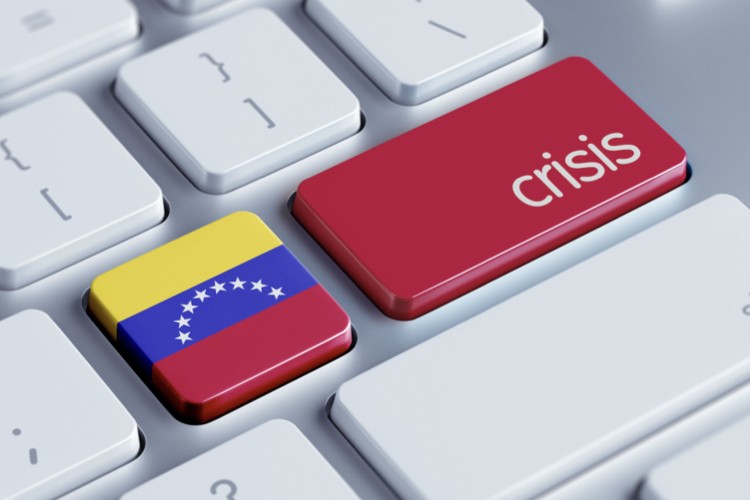 Will Democrats Turn America Into Venezuela?

The New York Times wrote in November that Marxist dictator Nicolas Maduro “has left the shrinking Venezuelan economy comparable to that of the Democratic Republic of the Congo.… The country now has the highest poverty rate in Latin America, overtaking Haiti this year.”

It took just 10 years to accomplish the feat: “Just a decade ago [Venezuela] rivaled the United States for regional influence.” Now, thousands of citizens who used to work for PDVSA, the state-owned oil company, “have been reduced to dismantling [the company’s] oil facilities for scrap metal and selling their distinctive overalls, emblazoned with the company logo, to make ends meet.”

Ten years for socialist policies implemented by Maduro to reduce South America’s most prosperous country to Third World status. Can Democrats accomplish the same feat here in the United States, in less time?

With few barriers remaining, Democrats are relishing the opportunity to try. And they have a nearly perfect roadmap to follow: Maduro’s.

On December 6, 2015, Maduro lost the national election but declared, according to the Spanish-language newspaper La Prensa, “I will stop by hook or by crook the opposition [from] coming to power, whatever the costs, in any way.” The first thing he did was replace members of the Supreme Court with Maduro sycophants. In May he did away entirely with any constitutional constraints that remained, declaring a national emergency in violation of that now-worthless document. With effective control of all three branches of government, it was just a matter of time before his socialist policies brought Venezuela’s booming economy to a virtual halt.

A decade ago Venezuela was the largest oil producer in Latin America, earning about $90 billion a year from its oil exports. This year that number is estimated to be about $2.3 billion, a shrinkage of 97 percent. Sitting on the world’s largest reservoir of proven petroleum reserves, the citizens now wallow in crude oil seeping above ground from oil wells that haven’t been maintained. Pristine beaches are covered with black tar. Some are calling it “the Devil’s excrement.”

Those criticisms are misdirected. It is the removal of any part of the free economy in favor of socialist policies implemented by Maduro that are to blame. It is government run amok.

During the boom years, Maduro’s predecessor, Huge Chavez, milked the revenues from PDVSA to fund enormous public works projects, using the flow of cash from oil exports that seemed inexhaustible. Socialists around the world applauded Maduro as being able to do the unthinkable: run a successful socialist welfare state of staggering proportions as an example for every other country to follow.

Now those applauders are appalled at the sight of Venezuela’s citizens rooting through garbage to feed themselves and their families. Or they are silent altogether. The writer of the New York Times didn’t mention the words “Socialism” or “Marxism” even once.

Maduro prided himself on removing by force any vestige of the private market, filming himself seizing business establishments and replacing nearly 20,000 oil field professionals with political appointees.

When oil prices headed south those revenues dried up. Maduro raided what remained of the national oil company PDVSA’s reserves to continue the social programs until the company was bankrupt.

And he has destroyed the currency through capital export controls and price controls. This has caused historic shortages of essentials such as toilet paper, milk, flour, and medical services. As a single example of the socialist impulse, Maduro learned of the toilet paper shortage and ordered the government to take over the producer, thus guaranteeing further shortages.

It is estimated that more than five million Venezuelans have left the country, causing the world’s most serious refugee crisis in nearby countries.

As the hologram President Biden implements policies favored by those running him and his administration, they follow the same path as Maduro: higher taxes, extending the useless COVID mask mandates to keep the sheep indoors and in line, swamping the borders with refugees (many from Venezuela) thus making Maduro’s problem our problem, placing restraints on the greatest economy in the world with more regulations and restraints on its vital energy sector, and so on.

There is, however, a singular difference between the countries that Biden’s handlers and managers must deal with: Honest Venezuelans have been disarmed almost completely. U.S. citizens own some half a billion firearms. To complete the task of reducing the United States to Third World status, they must first disarm the populace.

In other words, the Founders were right in making the Second Amendment the anchor to the First. All other barriers against a complete Democratic tyranny are already giving way.

If they can demolish that last barrier, Democrats should be able to “pull off a Venezuela” for America in record time.