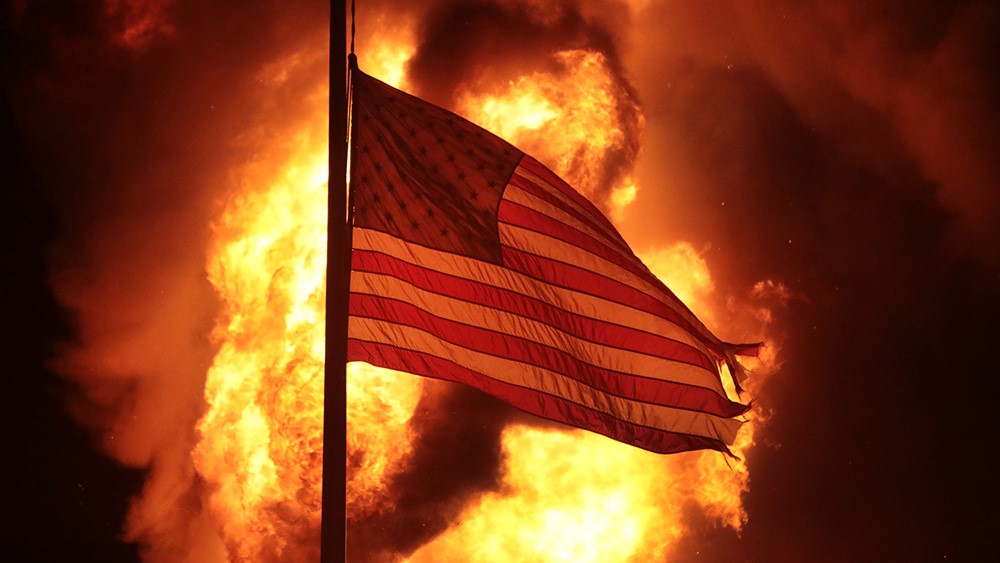 As they are known to do, Democrats are exploiting the riot at the Capitol Building earlier this month as an opportunity to target their political opponents — namely the nearly 75 million Americans who voted for former President Donald Trump in November.

By now anyone with a functioning brain stem understands that regardless of who took part in the Capitol incident, they were not reflective or indicative of the former president’s supporters.

At rally after rally — during the 2016 and 2020 campaign cycles — as his supporters were targeted by Antifa and BLM thugs, they never responded in kind. None of Biden’s meager rallies were ever disturbed or molested by supporters of the ex-president.

But none of that matters; Democrats now see the riot as a means to an end — getting rid of Trump and ‘Trumpism’ once and for all because if he and his supporters are ‘allowed’ to continue functioning in society like every other American, then there is too good of a chance that either the former president returns to successfully win the White House in 2024 or his hand-chosen ‘MAGA’ successor will. (Related: The FBI spent 80 years CREATING domestic terrorism; now they will target 80 million voters by labeling them terrorists, too.)

Big League Politics reports that Democrats’ game plan is to simply decouple Trump’s supporters from their own country and society:

As conservatives and members of the MAGA Movement in general continue to be ostracized by the mainstream media and establishment politicians for the events that unfolded on January 6th, members of congress are moving to further compromise the lives of those who weren’t even involved in the infamous “siege.”

While many Trump supporters have been quietly disposed of by their employers, this has largely been a policy of businesses to choose with whom they want to associate with as privately owned companies. However, according to Rep. Stephanie Murphy (D-FL), supporters of Donald Trump should be barred from the public sector as well.

Murphy, a member of the House Armed Services Committee who came to the U.S. from her native Vietnam as her family fled the Communist regime in 1979, is behaving much in the way a Communist would. She has proposed legislation that bars anyone associated with the “Stop the Steal” movement or who believes in the “QAnon” conspiracies from being able to get a security clearance — which would prevent them from joining the U.S. military, where clearances are required, as well as hold any number of federal jobs.

Remember when Democrats like her believed in the fake ‘Trump-Russia collusion’ conspiracy? Maybe Republicans, when they were in the majority, should have proposed and passed legislation barring any Democrats who bought in to that BS from getting clearances or federal jobs; who needs those whack jobs, right?

“The legislation, titled the Security Clearance Improvement Act of 2021, requires applicants looking to obtain or renew their federal security clearances to disclose if they participated in the Jan. 6 rally in Washington—or another ‘Stop the Steal’ event—or if they ‘knowingly engaged in activities conducted by an organization or movement that spreads conspiracy theories and false information about the U.S. government,’” the left-wing Daily Beast reported.

The bill is actually unconstitutional because it specifically targets — as in, discriminates against — the president’s supporters, meaning they are being persecuted for their political views. It doesn’t get any more anti-American than that, but really, when have Democrats ever cared about the Constitution, unless of course, it works to their advantage?

No doubt this won’t be the last effort by Democrats to capitalize on the riot (notice how they only care when rioters are 20 feet away from them, not several miles or even thousands of miles away on the opposite coast). There will be additional efforts to ‘de-person’ Trump supporters and deny them basic civil rights over the fabricated claim that they are ‘national security risks.’