HYPOCRISY: Democrats full of it 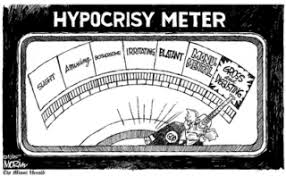 HYPOCRISY: Democrats full of it

Democrats like Kamala Harris called the “peaceful protesters” a “coalition of conscience,” bailing many of the criminals out of jail!

Do you recall when in 2018 pink-hatted feminists invaded the Judiciary hearing room of the U.S. Senate to obstruct the confirmation hearing of Judge Kavanaugh? I suspect not!

How about in 2017 when a deranged Bernie supporter shot Republican Congressional baseball practice players and almost killing Steve Scalise? Guess that was OK because it was Republicans who were victimized?

Just like the Nazis after the Reichstag Fire, the progressive left is characterizing anyone questioning the fraudulent election results as criminals.

They encouraged and conspired with social media and Big Tech fascist monopolies to silence a sitting president of the United States and the conservative viewpoint! Is this really what we want as Americans?

This has nothing to do with keeping anyone safe and everything to do with stripping us of our constitutional rights. Where are the Democrats who were holding the “STOP THE HATE” signs in downtown Coeur d’Alene a few months ago?