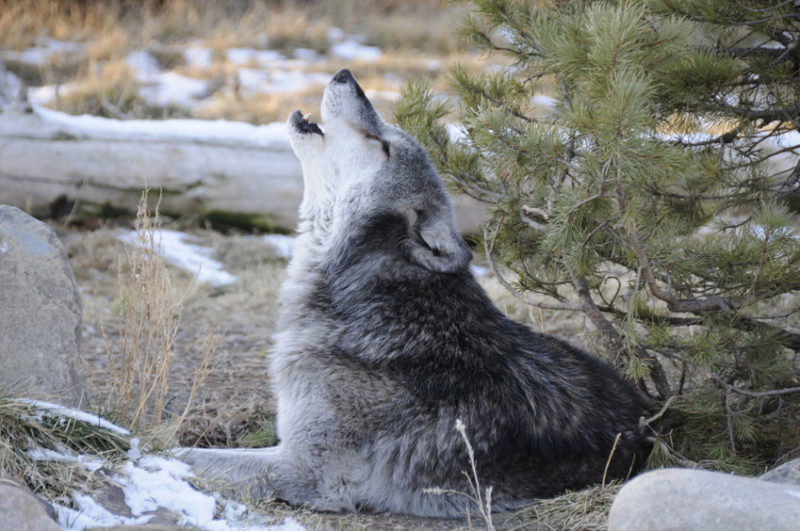 In what is one of the first of many efforts to rollback Trump administration environmental policies in the era of President Joe Biden, two lawsuits have been launched challenging Trump’s removal of the gray wolf from the endangered species list under the Endangered Species Act (ESA).

On October 29, 2020, Trump’s Fish and Wildlife Service (FWS) formally announced the removal, a move that lifts some strict land-use restrictions on landowners and businesses operating in the apex predator’s habitat. Trump officials hailed the action as a conservation success, saying the wolf’s recovery in the lower 48 states far exceeded expectations.

In separate lawsuits filed a few days before Biden was scheduled to take office, environmentalists claimed that the delisting was premature and that the wolf was a long way from complete recovery. The lawsuits, filed in U.S. District Court in Northern California, were brought by nine green groups represented by the Western Environmental Law Center and another group of environmental organizations represented by Earthjustice.

“With only a handful of wolves in California, western Oregon, and western Washington, wolf recovery is still precarious on the West Coast,” John Mellgren, Western Environmental Law Center general counsel told the Washington Times (Jan. 15). “A rush to delist the species across the entire country runs counter to the Service’s own peer review, and tells West Coast States that wolf recovery in their part of the country does not matter.”

But in a fact sheet issued in October, Trump FWS officials pointed out that the ESA “does not require wolves to be present throughout all of its former range, or for populations to be at historic levels for delisting to occur.”

Gray Wolves “No Longer Meet the ESA’s Standard of Protection”

“The measure under the ESA is whether the wolves are in danger of extinction (endangered) or at risk of becoming so in the foreseeable future (threatened) throughout all or a significant portion of its habitat,” the fact sheet explained. “By any scientific measure, gray wolves no longer meet the ESA’s standard for protection and so should be delisted.”

FWS Service spokeswoman Vanessa Kauffman told the Times an email a few days before the end of the Trump term that the wolf’s removal from the endangered species list is more than justified.

“After more than 45 years as a listed species, the gray wolf has exceeded all conservation goals for recovery,” she said. “This action reflects the determination that this species is neither a threatened nor an endangered species based on the specific factors Congress has laid out in the law.”

There are two distinct gray wolf populations in the U.S. By far the largest, about 4,400, are in the western Great Lakes states of Minnesota, Wisconsin, and Michigan. The western population, estimated at 1,700, is centered in the northern Rocky Mountains, including Montana, Wyoming, Idaho, the eastern one-third of Washington and Oregon, and a sliver of north central Utah. A small population, numbering roughly 190, is found in western Washington, Oregon, and California and is still listed as endangered under state ESA laws. Alaska has a stable population of 10,500 – 12,000 gray wolves, and its wolves were never subject to the ESA.

Just as the wolves’ delisting was condemned by environmentalists, it was welcomed by ranchers and farmers, who fear that growing numbers of hungry wolves could threaten their cattle, sheep, and other livestock.

Now that the lawsuits have been filed, the court battle could stretch out for two years or more. With the Biden presidency, green groups bringing the suits will have an administration in power that will support their challenge to Trump-era environmental policies, including ESA policies. And Biden FWS officials may undertake their own efforts to undo the gray wolf’s delisting. On the other hand, the federal judiciary contains 233 Trump-appointed judges along with three Supreme Court justices put on the bench by the departing president. For greens, this is a far less congenial judiciary than was in place four years ago.