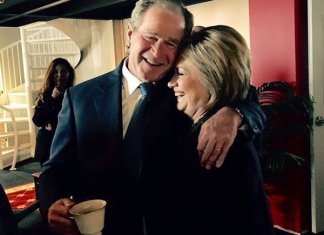 The House Majority Whip said Bush lauded him as a “savior” for helping get Biden elected.

The South Carolina Democrat is largely credited with giving Biden the endorsement he needed, salvaging his flailing campaign.

Clyburn, on a call with reporters, said Bush told him, Bush

The AP said Bush added that Biden was the only Democratic candidate he felt could have defeated President Donald Trump.

“Let’s not make this into more than it is,” he wrote on Twitter, adding that the former president was “saying Clyburn helped saved Biden’s nomination … nothing Biblical here.”

Actually, it means exactly what he said.

It’s Republicans like George W. Bush who pushed the party to the Left.

Words of a Bad Republican: 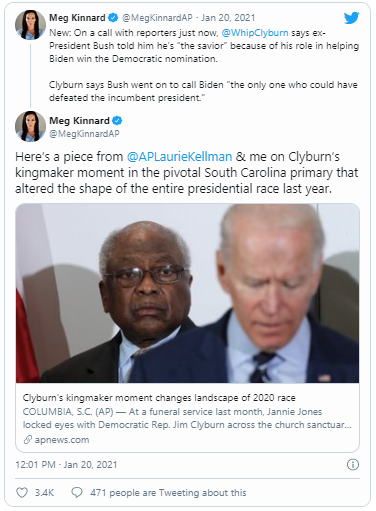 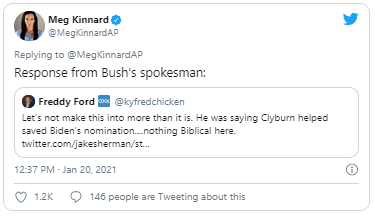 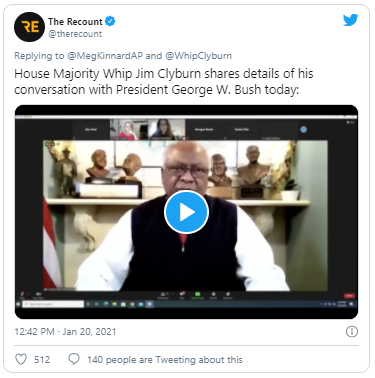